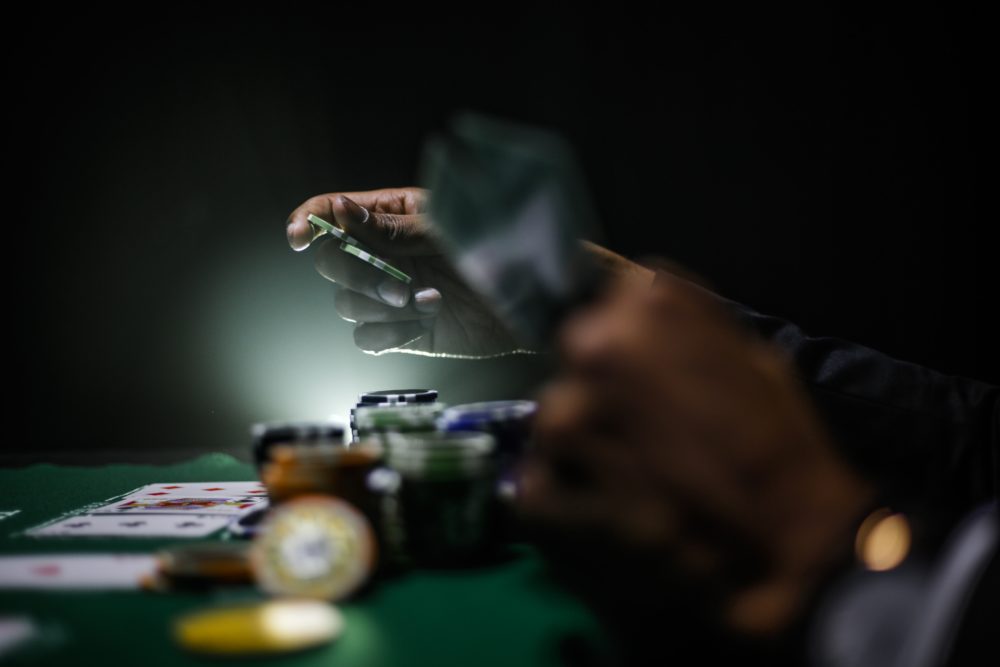 Born and raised in Brooklyn, New York, Ron Coury arrived in Las Vegas in 1973, following two years of service in the U.S. Marine Corps. Ron has been a casino dealer and a Realtor, as well as a partner in restaurants and gaming bars, major graphics and glass companies, and several automobile dealerships in the western United States. He is currently a board member of the Las Vegas Metropolitan Police Department Foundation, as well as several companies and charitable organizations. He has three children and five grandchildren and remains active in business and community service endeavors throughout Southern Nevada.

In a time where there are more and more small businesses and entrepreneurial ventures sprouting, Ron has a philosophy of how to go about growth and establishing yourself in your new field. Just know, your chips may never be enough. The following is penned by Ron.

Similarities exist between strategic poker play and negotiating or operating in private enterprise. Few have likely given it serious thought but if they did commit brain time to the subject, they’d see how table image, portraying yourself as stronger than your hand may be, body language, controlling the look in your eyes, displays of sincerity or weakness all are exemplified in both scenarios.

Negotiating the price of purchasing a business, negotiating with vendors, discussing sensitive matters with employees and a host of other things that regularly occur in business may also happen in many poker hands one engages in.

In my earlier years, the risks I took with a new business venture certainly had me all-in more than on a poker table. On a table your all-in move is limited to the chips in front of you. When I went all-in on a business, it would also include debt in addition to the available capital (as in chips) immediately accessible to me.

When negotiating for products or services with vendors, I’ve found many of the matters being discussed would contain pricing variables an astute business owner could avail themselves of if they try. In poker, nothing is cut and dry. Pocket aces get cracked, a full house on the turn can be surpassed by a bigger boat on the river and a check with a monster pair could give your opponent a free look at a card on the board that fills their hand with a pair-beating result. Similarly, in business, good timing and the right move can advance your position when played right and implemented at the optimum time.

Table banter makes the game fun but could reveal things about your game philosophy that an observant opponent could use later in a hand to relieve you of some of your chips. Likewise, the things a business owner may say in front of an observant employee could certainly rear its ugly head my way when dealing with a human relations-based employee issue. As a pivotal point in my autobiography, Tenacity, describes in graphic detail, my casual comments within earshot of someone who would later be found out to be a thieving waiter would result in some life-altering consequences for me.

Every word you say and every act you perform possesses the power to affect you in ways you’d never imagine. Being ever cognizant of the things you say and do on a poker game are as important as the profile one portrays in their business life every day.

Ron Coury is the author of Tenacity: A Vegas Businessman Survives Brooklyn, the Marines, Corruption, and Cancer to achieve the American Dream: A True Story