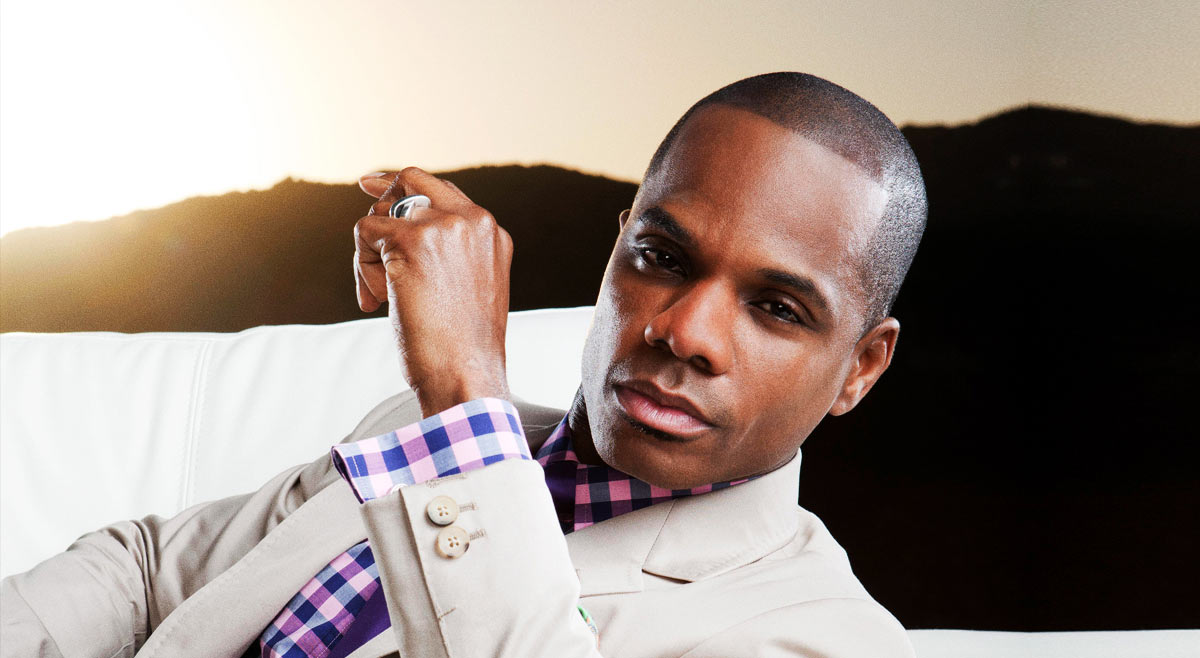 “Talking and communicating is not a very difficult thing for me,” Kirk Franklin says on this early afternoon, just about a month shy of his first book release. “My natural personality is just to run my mouth. I think I run my mouth too much anyway…it’s like I’m always talking.” And he is. The three-time, Grammy Award-winning artist isn’t making any false claims. In the past, he’s talked about his troubled life through music, on the radio and even on the couch of the talk-show queen herself, Oprah Winfrey. So it’s certainly not surprising that he would continue to articulate himself in his latest project, “The Blueprint.”

It’s been a busy day for Kirk already, but he’s reveling in the excitement of talking about his new book. “The Blueprint,” he says, was his way of addressing the increasingly negative image of Christianity today and many of the so-called Christians we, as society, see representing it. “For a lot of people, (Christianity) seems unreal; it seems faked, it seems not true, it doesn’t seem gully or relevant and so my desire was to write from a biblio-centric pen to the cats that have been turned off and are turned down, but at the same time, it is clearly Christian in my approach. So it’s not to the right and it’s not as much left; [it has] spiritual swag I guess you can say.”

Kirk seems to have a knack for taking what tradition has maintained for years and presenting it in a new way to mainstream America. When he first stomped his way onto the gospel scene, his music was quickly embraced by young people everywhere, yet ridiculed by those who didn’t favor the secular sound blended with what they considered to be traditional gospel music. But Kirk isn’t afraid to take the road less traveled. The truth is, whether anyone likes it or not, he continues to come out on top. It’s why he doesn’t have a problem sharing the most intimate details of his life to the world, or pulling open the curtain to some of Christianity’s indiscretions.

“I’ve always been a person on a journey trying to find the truth,” Kirk shares. “I think that when you live most of your life in the darkness you become one who becomes deeply hungry for an appetite of light.” He gathers his thoughts for a second, and continues, “I hope that even in my honesty and my boldness, that whatever I said [in my book] was said in a way to try to get to a place of resolve; to try to get to a place of healing, and [understand] that it wasn’t some kind of attack, or just about the faith or those that represent the faith.”

Kirk is smart. While he might admittedly be a chatter-bug, he knows how easily things can get misconstrued. He quickly makes a point highlighting for readers one particular chapter mentioning how proud he is of the Christian faith and his upbringing within the church walls, but before I started to have a really in depth discussion about some of its cracks I had to create this balance of truth and love, which is always a difficult balance. So if that becomes offensive to people, hopefully through the journey of the book they’ll see that my motives and my attempts were not to do that.” 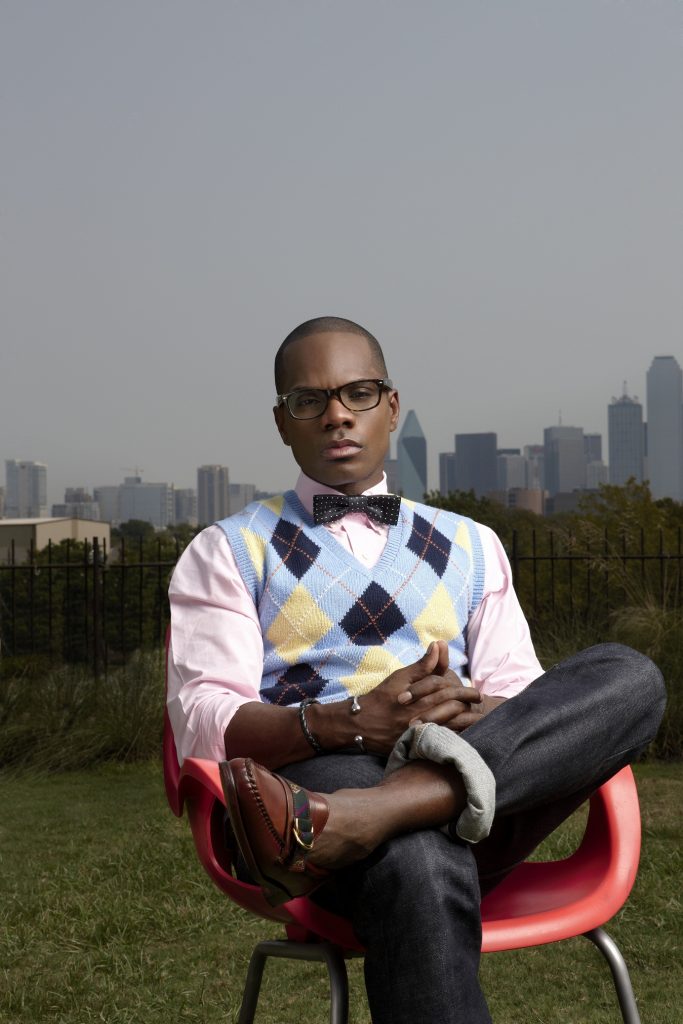 It’s a journey that includes taking readers through his early years—a period in his life he shares was shadowed by abandonment, loneliness and a number of bad influences. He was left to be raised by his aunt, Gertrude, after being deserted by his mother as a baby. And despite the difficulties he went through as a child (including, what he explained, an early exposure to pornography, which he’s openly revealed developed into a long-term, adult addiction) “I always had things around me that would cushion the blows.” And music was one of them. It was his way of escaping from reality when everything else seemed to be wrong. There was even a piano that sat in the front of his aunt’s house, directly below the floor where his room was located above. By the age of four, Kirk was already drawn to its smooth, ivory keys and meticulously tuned sound, and with the help of his aunt, started taking piano lessons to hone his skills.

“It became a very close friend,” he says. “As a small child, especially since the house was only filled with me and Gertrude, me and that piano in the front of the house became very, very close. Whether it was all the things that happened to me as a child—being introduced to a lot of very adult things; or whether it was with other kids in the neighborhood, it was always music and Gertrude’s faith that was this combination that seemed to give me a sense of hope. “Like, I remember just climbing on top of the roof at night as a little kid and singing up to the sky. And I [would] have little kid tears dropping down my cheek,” he remembers. “I just really had a very unique relationship, even as a little kid…that’s what gave me sanity.”

One thing Kirk has never done was lose his faith. But he explains it wasn’t necessarily his faith in the church—an institution he admits is certainly damaged, but not completely lost—rather just his faith in God that carried him through. It’s a very matter-of- fact statement, but then again, almost everything he says is. With Kirk there are no generalizations, illusions or false appearances—just the truth.

“Hopefully, people will see a brother that’s not afraid to put himself on the front line of the war and take some bullets,” he says. “To be able to say, I’m taking off my Superman uniform and I’m becoming Clark Kent. This is my jump, these are my mistakes, these are my mess-ups and by God’s grace I’m here.” Through grace and love Kirk says he’s been able to stay away from such things like infidelity and he’s been able to be a good father to his children. He’s also working on forgiveness and trying to heal the wounds still left open by his mother and father. “It was a very difficult situation, so for me it just brings up those childhood pains. That’s why I say I am a work in progress. But I think it’s very important to say so that people out there that are struggling with forgiveness can see that they’re not by themselves and that this is a process.”

One important thing to know about Kirk is that he doesn’t do any of this because he has to. It’s simply because, as he says, he’s free to love, and “when I’m introduced to love, then my foundation is spun from this place of total freedom.” It’s in the personally crafted pages of “The Blueprint” Kirk wants others to feel the same. More than anything, he hopes that by sharing his experiences it will help others be able to pull through their own life’s storm and find new faith and strength. “You never know how stuff helps people,” he says. “Sometimes it comes from just planting a seed that grows over time and over the years, or it could be something that you say that transforms a person’s situation overnight. The only thing I can do is just pray that it’s God’s will that this can be something that can impact people on a level that’s very deep and very honest.”