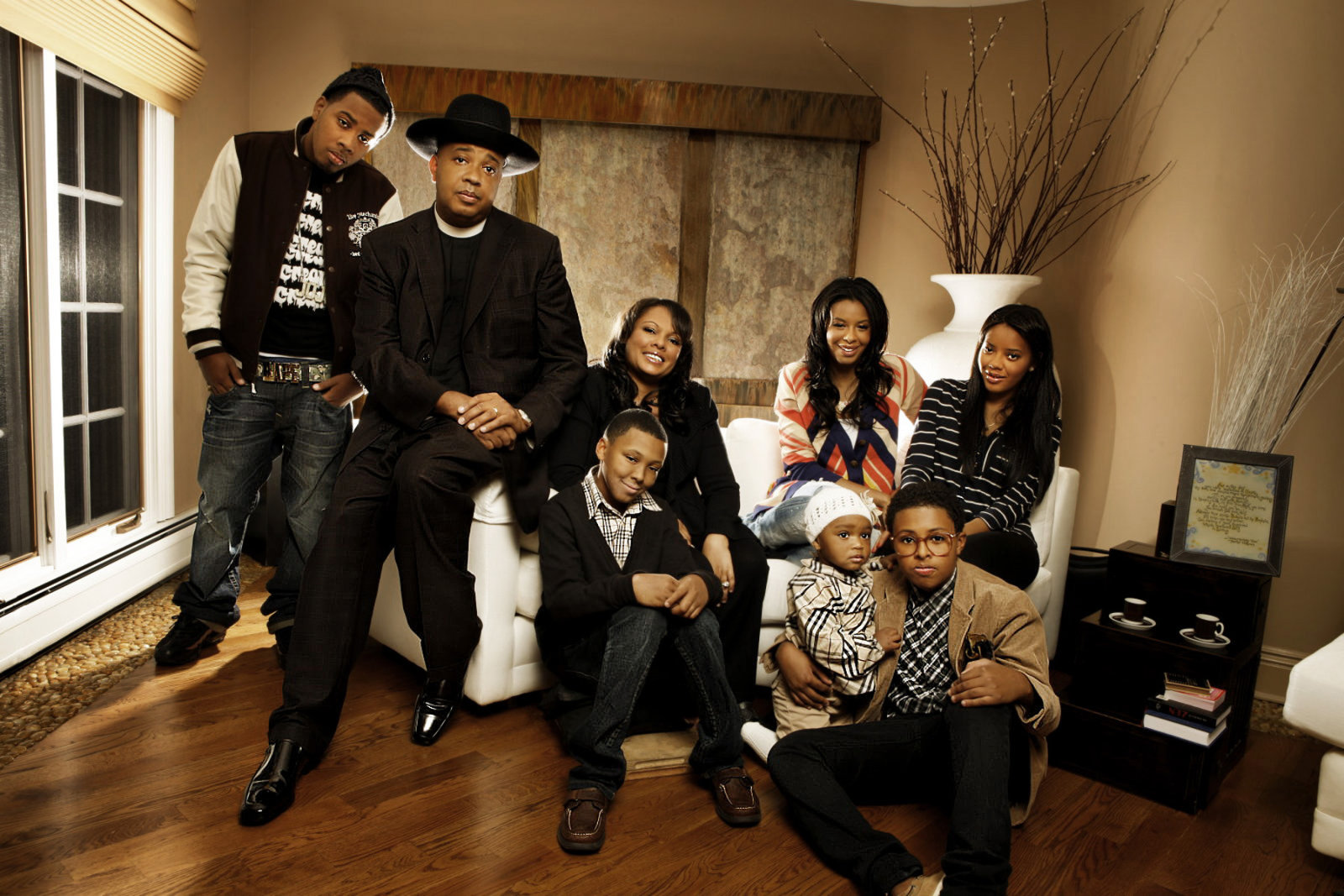 Joseph Simmons, better known as Run (now an ordained reverend) of the iconic hip-hop group Run DMC, is really tired. He doesn’t say so, but over the phone, his voice sounds weary and unenthused. It’s a late afternoon in Los Angeles and Rev Run and his wife Justine have been up since the crack of dawn working on promotion of their new book, “Take Back Your Family: How To Raise Respectful and Loving Kids In A Dysfunctional World.”

The book is more of a how-to guide on raising your kids and keeping your marriage alive, using the Simmons family as an example. Despite the book’s release a year ago, it has kept the couple on a busy travel schedule. It’s actually one of the only major projects anyone has seen involving the two aside from their reality show, “Run’s House” on MTV, which is now in its fourth season.

But they’re not fame hoards, by far. In fact, if you knew the real Reverend Run, he would much rather do without all the public fuss and would be perfectly content staying at home. Nonetheless, here they are, after just finishing a book-signing and before heading out to dinner with Rev Run’s older brother, Russell Simmons.

“I will never be in a town and not connect with my family,” Run says, who lives with Justine and four of their kids in Saddle River, NJ. “It’s very important that we stay connected. We know that we have to lean on each other. Like, Russell’s daughter is having a party and then my brother Danny is having a party too. So, we have two parties to go to and we’re going to gather around each other and work it out. It’s definitely a family circle that you have to keep together.”

The Simmons certainly appear to do that well. They’ve even been compared to the Huxtable family—being called the “Cosby Show” of a new generation. “I’ve heard that before,” Run says. “I think it’s a great compliment, though. I’ve never looked at my family like that.” 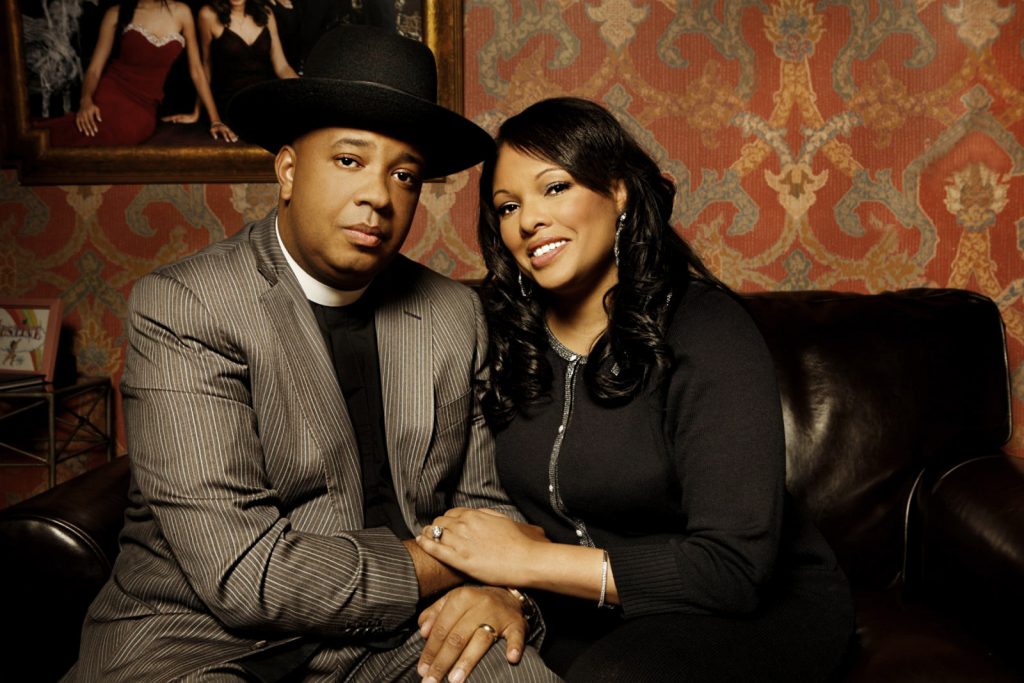 Unlike the Huxtables, tragedies and triumphs in the Simmons family are very much a reality. Their real-life, family situations aren’t always solved and celebrated with over-the-top family theatrics the way  Cliff and Claire performed with their kids. So when a tragedy, like the death of their third daughter, Victoria (who died at birth from a rare disease that caused her internal organs to develop on the outside of her body), happen, the Simmons are forced to deal with the reality, and often times in the public eye.

“It’s a ministry. There are other people that go through it. I’m a popular television show- reality guy that people like, so they have to see that it happens to any and everybody and I’m not exempt,” Run explains. “It gives other people strength to go forward when something like that happens to you. So as we comforted each other, me and my wife wanted to give comfort to everybody else.”

“Some people said (when I lost Victoria) ‘Why is she showing us what happened? That is so personal.’ And it is. That’s very true,” Justine adds in. “But to bring everyone in on the joy of finding out, then going through the whole thing and leaving everyone with nothing isn’t good either. I think God wanted me to help other women by saying that you have to move on and you can’t mourn long, you have to push forward. After that happened, so many women came to me and said, ‘Mrs. Simmons you helped me so much. I was having a hard time because I lost my baby and I saw how you handled it.’ It wasn’t about me. It wasn’t even about Victoria. It was about all of these women that were hurting. It was just amazing.”

The loss of their daughter, as well as intimate, detailed portrayals of their current six children—Vanessa, Angela, JoJo, Diggy, Russy, and their latest addition, Miley—is all covered in their book.

“There were a lot of people that would see us in public and say ‘Hey, we love the show. You guys should write a book,” Run says. “Or we would see them at every restaurant, every cheesecake factory, or every mall and it (was always) ‘You need to write a book.’ So it’s just a really great book to be inspired by.”

But what makes it so inspiring isn’t necessarily because of where they are today, but where they came from. Run and Justine, who first met and dated as teenagers before meeting again almost 15 years later and eventually marrying, were at one point broke, living together in a small apartment with Run’s three children, while he watched his last few pennies being snatched away in what he described in their book as a very long divorce process to his first wife.

It was a time, they say, they had to rely heavily on their faith; something they haven’t lost when facing the challenges of marriage and raising kids today. For example, when their oldest son JoJo was arrested for possession of drugs, the Simmons faced the challenge in the glare of the public spotlight but chose to make it an example for others to learn from as well. 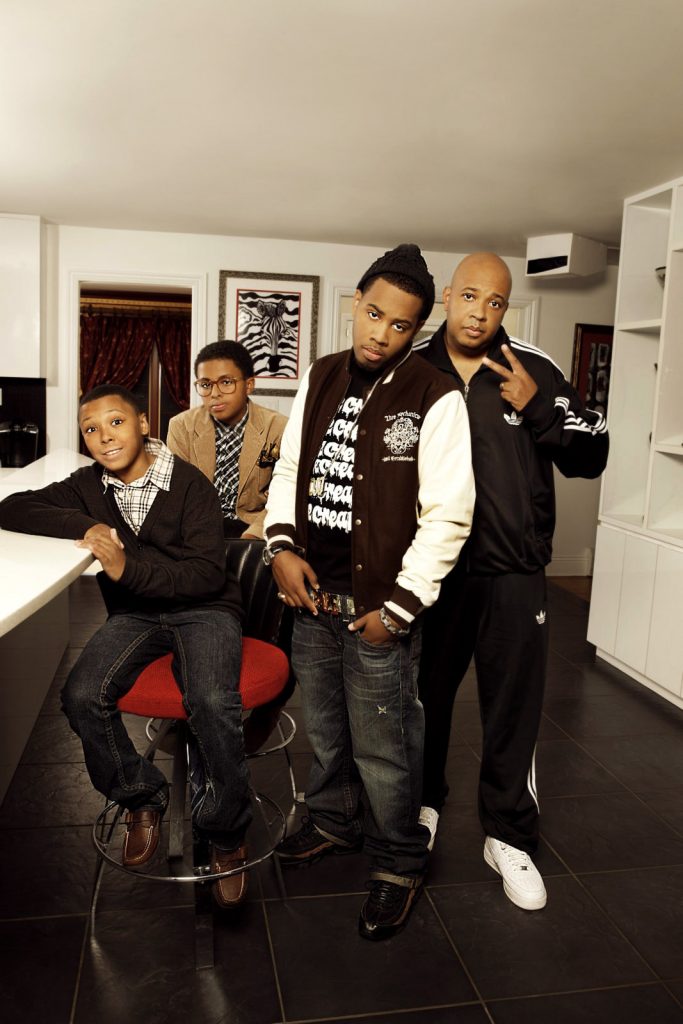 “I’m sure other people’s kids are smoking (weed) and went through some type of crap,” Run explains. “So let’s make an episode and they can see how this played out [with JoJo], not only on TMZ and all of these other websites but what happened in my house.”

“I brought the cameras in immediately to be there when I picked JoJo up from jail,” Run continues. “So I held a lot of my love, anger and mentorship back until the cameras came on. We’re just trying to minister to you. I’m Rev Run and the TV is my pulpit.”

“(JoJo) had to learn on his own because he wanted to do it,” Justine chimes in. “But he learned the hard way, in front of people, and in jail—where he was scared to death, wishing he was home with his brothers.”

It’s not all drama in the Simmons home. Justine shares that even though she’s only been around Vanessa, Angela and JoJo since they were an eight, six and four-year-old, she’s still very much enthralled in the full-time job as their mother.

“I’ve been with them since they were little,” Justine says. “I’ve always been the kind of person that asks questions and I let them know they can tell us anything. So the girls will talk to me about guys or get advice from their dad about guys.”

And there’s even more that Justine and Run share about their children in “Take Back Your Family.” From Russy’s multi-talented interests, which they both try to encourage and nurture, to Diggy’s troubles at school and Angela’s short-lived relationship with the rapper Bow Wow, their book is a no-holds bar, open conversation to married couples and parents around the world.

“The book just shows some more stuff about us that you may not have seen on the show,” Run says. “It still feels exactly how the show feels. It’s just light-weighted and fun. We’re normal people; we go to the mall, we have the same feelings that you have. I might have a little more means, but you can feel who I am, and that’s all we want people to see.”