While doing the Strawberry Letter segments on “The Steve Harvey Morning Show” with co-host Shirley Strawberry, the jokes were on. But as my grandmom used to say, ‘every joke has a hint of truth.’ As Steve started joking around with answering some of the letters, the self-proclaimed “Code Cracker” began spilling out little truths about men. Though it was enlightening to a lot of women it was startling at the same time. Some of them would get very argumentative.

“I was just trying to be informative,” Steve says. “You may not like the answers I’m giving you about how men really are and how we think but that don’t stop it from being so. That caused women to go wild.” Many of the letters could be summed up in one word, ‘miscommunication’. According to Steve, too many women use their thought process and apply it to men. And that’s just not correct. Steve has no hesitation telling his listeners that his advice is just that, advice. But it comes from years of man knowledge. This is why he calls himself an “Expert on Manhood”.

Steve Harvey has written his solution to the miscommunication problems in relationships. Act Like A Lady, Think Like A Man has taken over the NY Times Best Sellers list in a matter of days. That is because his book speaks volumes from the mindsets of men from all walks of life. “I still have these conversations with my friends I grew up with, worked at Ford Motor Company with, they are taxicab drivers, insurance salesmen, truck drivers, working in plants, got landscape companies and stuff,” Steve explains. “But then I have friends that are celebrities, that are rich, that are in politics, ministers, and deacons. We all think the same way. Now how we behave is different. But we all think the same way. That’s because it is in our DNA as men.”

The lack of communication typically takes place in the “under 30” crowd. This is largely due to what Steve calls the “Who I Am, What I Do, and How Much I Make” phase. Until a young brother secures those things he’s on the grind. It doesn’t mean he doesn’t love his woman or that he isn’t feeling her, it’s because the time isn’t there. “The most paramount thing in a man’s life is the Who he is, what he does, and how much he makes,” Steve proclaims. “Because in a minute, once your 30-35, and you don’t have those three things together it’s going to be hard to get and keep a woman anyway.”

The hustle has always been in Steve. He has gone from traveling on the comedy circuit while living out of his car and eating meals from whatever generous person cooked or offered to feed him not knowing his situation. This was all for one reason, so that Steve Harvey can say who he is. “What I do is I’m a stand-up comedian,” Steve says with a smile. “That’s what I do. Who I am though is Steve Harvey the stand-up. Who has funneled it into several TV shows, some movies, a thriving stand-up career, a suit collection, a syndicated radio show; That’s who I am.”

Steve couldn’t envision all of the things that have been put in his life. He is a firm believer that God will place things in your path that will help you to become successful and may lead you into directions that you may not have been aware of. Being open to Gods voice and His direction, helps Steve wake up every morning with a renewed faith that it does work that way. That if you constantly think positive thoughts, positive things come your way. 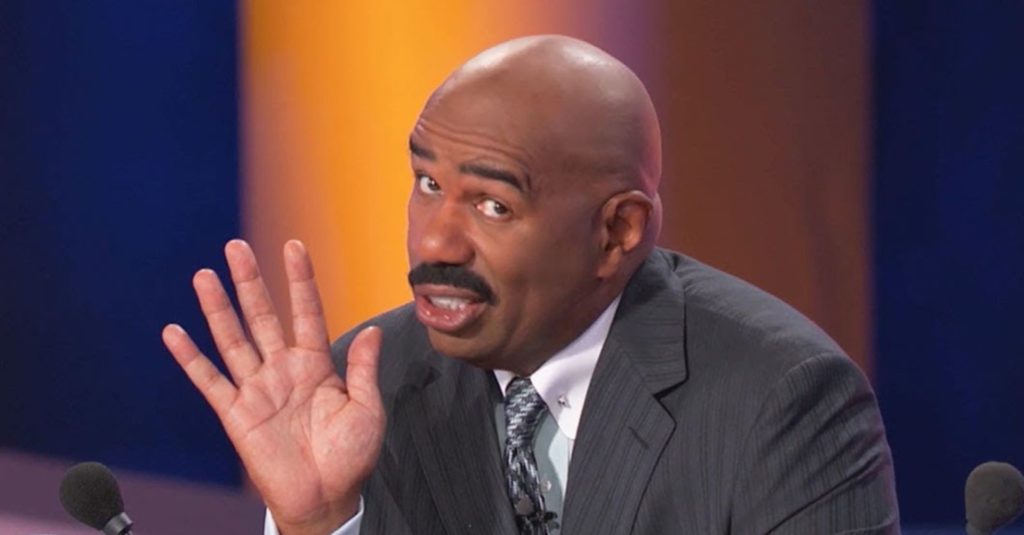 “I’m really tripping because I’m an author,” Steve says, with a genuinely shocked look. “When I look on my list of things to do, Author is nowhere on there.”  It’s never too much as far as he is concerned. To whom much is given much is required. You have to be willing to do what is required. People want to be successful but don’t want to do the requirements. With that said, Steve has some really high requirements and expectations for his book. With those expectations come sacrifices. This is not just the what he does. But the who he is in what he does. Who is he? NY Times Best Selling Author Steve Harvey!

Becoming a best-selling author was not easy by far. For instance, Steve isn’t home all week long, and his wife has to understand that. She has to understand the hustle of her man. “I know she misses me and I know the kids can be a headache sometimes,” Steve says sincerely. “But what do you want me to do, provide or you want me to sit up under you and we don’t have a damn thing? Cause we can start unplugging all of this shit in this house, and break this way down and move into a nice little 2500 square foot house. And I can stay home a whole lot. But you want yards, you want a boat, you like shopping, you want to go to dinner, you like flying in jets and all that. I got to go get it.”

Getting it is exactly what Steve has been doing. With all of the promotions and the numerous television shows that he has graced with his presence and “code-cracking skills”, Steve has laid the foundation for what may become the 2009 hottest selling book. After an appearance on the couch of media queen Oprah Winfrey, he has solidified that he has made it as an author.

The bottom line and original factor for starting the book was to empower women. If they get this book and sit down and read it, Steve guarantees them that they are going to get some information that they did not know. This is one of the most honest looks into the mind of a man concerning a plethora of subjects.

“I am trying to do better,” Steve says. “I’m not perfect, please believe me I do something wrong every day. But if your good outweighs your bad, more good things will come your way. This book is just a part of it. I said I would have it one day and then I wake up and now I have it.  This can blow up to be a big thing. I do math real well and I know what my contract says. If I sell a million books, please know that I’m going to start talking to people a little different. Please know. There’s gonna be some people that think I’m really stank.”

With over 7 million radio listeners along with major endorsements from notables such as Oprah, Dr. Phil, and many, many others, this King of Comedy may indeed become the Steward of Stank.