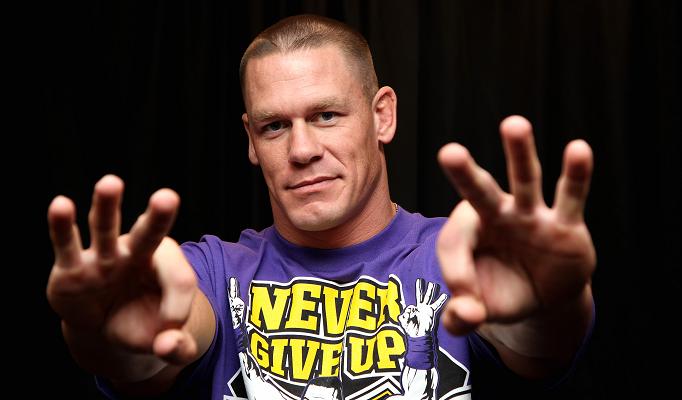 Whether you’ve paid attention or not, WWE superstar John Cena, has followed in the footsteps of Hulk Hogan, and Dwayne “The Rock” Johnson. He entered the wrestling scene, became a fan favorite, became a champion, and got a call from Hollywood. Ironically, unlike the squared circle, his most recent role for the movie “12 Rounds” made John one thing that he really liked…regular.

“I got to fail. I got to let everybody down, I got to be destroyed,” John Says with a smile. “These are the things that would have never happened in “The Marine”. So I was like wow, okay, that’s my guy he’s actually not invincible. It’s a movie that makes me a normal person.”

John was normal before becoming a WWE superstar. Being a former NCAA All-American Center for Springfield College in Springfield, Massachusetts, the jock at heart, knew he had to carry his weight. But it wasn’t going to be in the NFL Arena. “I’m just not big enough,” he laughs. “I miss game-day a lot. But I was only built to go to the NCAA Division 3 level and no further. I can’t be a pro offensive linemen at 6 foot 240 pounds. There’s no shame in the lower division. But I’ve kept myself athletic”

John began lifting weights at 12 years old so his degree in exercise physiology was an ease for him. That degree and his workout habits lead John to competitive body building. Nonetheless, with bill collectors making calls and mailing letters, a regular paying job was in need. Therefore, John put the pedal to the metal…literally. He became a chauffeur for a limousine company. The workout is one thing that never ceased.

John developed a workout with the help of his trainer who also trained the US Olympic as well as foreign track and field teams, structured a program that keeps his circulatory system strong, keeps his bones healthy and muscles strong through weight lifting.

“I need my strength in spurts,” John says. “So as any trainer would, he analyzed my movements in my sport and creates a program to try to optimize those movements. And it’s really worked. Over the past three years, I’ve transformed my health. I’m as strong as I’ve ever been so I’m happy to say that.”

With the typical wrestling matches lasting anywhere from six minutes to an hour, John will tell you that he is not a fan of running and cardio. As he explains, if you do the explosive workouts the right way, the hour and a half strength and conditioning training is the complete workout. And for his most recent movie, that workout was pertinent to his role. 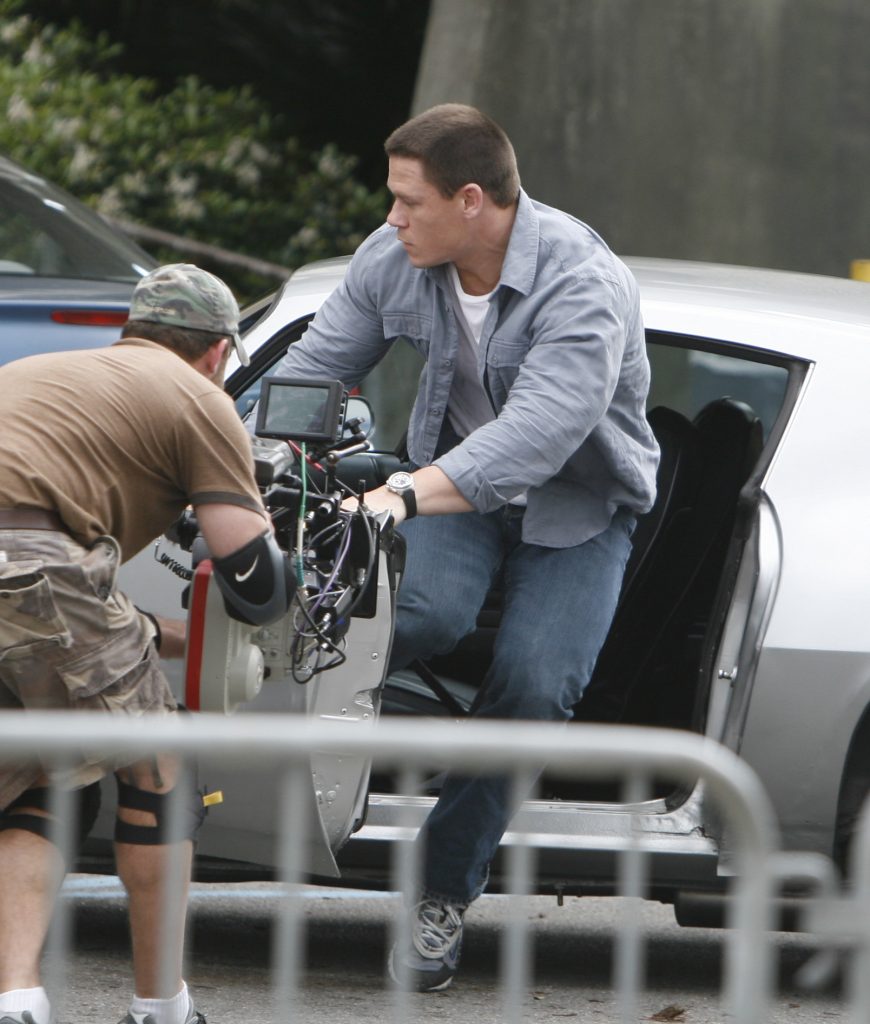 Performing a lot of his own stunts may have been appealing to John until they mentioned that he would have to hang off of the side of a building. The height phobia-stricken Cena was not at all thrilled. Surfing on the top of a street car down Bourbon Street was one thing. Crashing a fire truck into a car was cool. But getting in that body harness 8-10 stories in the air, was another story.

“Anything 2 stories or less I’m okay with because I know I can walk away from it,” John says with a very serious face. “Anything above that I know that there’s a possibility that I might not. They didn’t have any nets or anything below me. That’s specifically why they had me do it. So they can get the footage of ‘wow this guy is falling 10 stories with no net’. That’s what made it even scarier. It’s like okay I trust this equipment, but if this breaks and I know it has a chance of breaking, they are taking me away in a plastic bag.”

That wasn’t the only aspect of the movie that wasn’t out of the norm for a typical Hollywood film. There wasn’t a lot of adlibbing because staying true to the story is imperative. However, it wasn’t very precise by design. The directors wanted the movie gritty, they wanted it to rough. Not every shot can be perfect when you do that. “You didn’t have to necessarily hit your mark,” John explains. “If I was supposed to hit one car with a fire truck and hit a different one, it was fine. It really gave you a lot of liberty to do large chunks of the movie at once.” The way the cameras were set up, there were about 3 to 8 cameras on every shot catching the action the way it happened. If someone had seconds of a shot that was perfect and the rest was crap, at least they got something that we could use. And John just went with the flow.

Being a very ‘fly by the seat of the pants’ kind of person, he will adjust to any situation. If it is fun, he has fun with it. if it is hostile, he’ll be hostile as well. But regardless, John Cena considers himself to be one of the most genuine people in his industry and will carry that part of his personality to the land of  palm trees and movie screens. “I’m very mellow back stage,” John says with a smile. “I’m not confrontational. I don’t warm up, I don’t listen to music, I joke around with people right up until its time to walk through the curtain. I just enjoy going out and performing in front of 15 thousand people going bananas. That’s what makes it fun.”