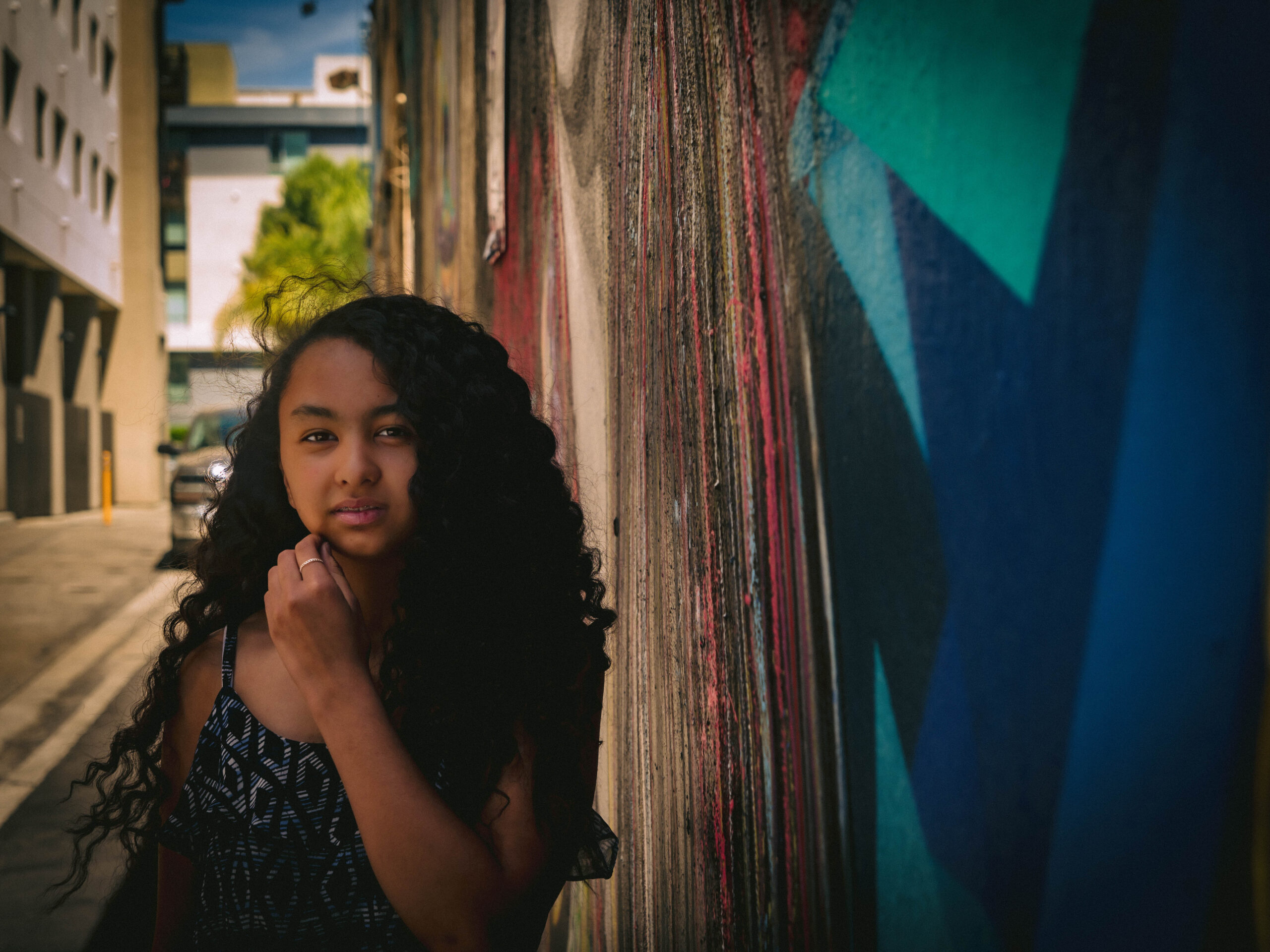 Here at SUAVV magazine, we feature trailblazers who are making big strides in the industry and who are making a difference in our society. We highlight extraordinary people who are making an impact in what they do. Kalia Love Jones is a talented 14 year old filmmaker who wants to empower others. Her animated short film titled, “The Power of Hope” is outstanding!

Her first animated short film, “The Power of Hope” – inspired by a Michelle Obama speech – tells the inspirational story of a young woman with big dreams. An aspiring architect feels helpless when her mother falls ill, but moved by the words of Michelle Obama, she finds the will to persevere and bring her dreams to life.

Kalia Love Jones is an incredible filmmaker that is leading the way towards a better future for young filmmakers. We recently had the opportunity to interview Kalia Love Jones regarding her animated short film “The Power of Hope” and being a filmmaker and much more.

What has been your experience after making this film?

I feel very fortunate that the “The Power of Hope” animated short film has been received so warmly. As a first time filmmaker and being just 13 years old at the time I was initially pretty nervous. Being a creative person takes some courage to give your project to the world only to be judged and critiqued. But I’m very happy that my film is reaching people and speaking to them.

Who are your favorite directors and producers and why?

I look up to and admire so many people in the film industry but I’d have to say my favorite director/producer is Ava DuVernay. She’s such an amazing person. As a young black woman seeing Ava beaming with confidence, poise and masterfully telling our own stories is so inspiring. Representation is so important to young black girls and having the ability to tell our own stories is vital.

What surprised you the most about the whole process of making “The Power of Hope” animated short film from the idea conception to the final edits?

What surprised me the most was probably how long it took. “The Power of Hope” animated short film is just 8 minutes long but the process took around a year and a half. I had to juggle school, homework, gymnastics, flute, and piano and work on the film. I never felt burdened, it was such an adventure and I was excited to see where it took me.

Have you or the film received any nominations or awards? Tell us more about it?

So far “The Power of Hope” animated short film has been selected into three Academy Awards qualifying film festivals: Urbanworld Film Festival, LA Shorts International Film Festival and HollyShorts Film Festival. I was recently featured at the first major live awards show in the COVID-19 era, Univision Premios Juventud (Youth Awards). It is an awards show for Spanish speaking celebrities and I was selected as a Everyday Hero for my inspirational film. I was also selected as one of the 50 finalists for Time Magazine Kid of the Year 2020 Awards. I really hope that this attention I’m getting with “The Power of Hope” animated short film will open up some doors for my career in directing animation.

What advice would you give to young aspiring filmmakers looking to tell stories?

My advice would be to have confidence in yourself and your abilities. Don’t give up. If you’re looking to tell stories try finding whatever resources you can to get yourself started. #BlackGirlMagic