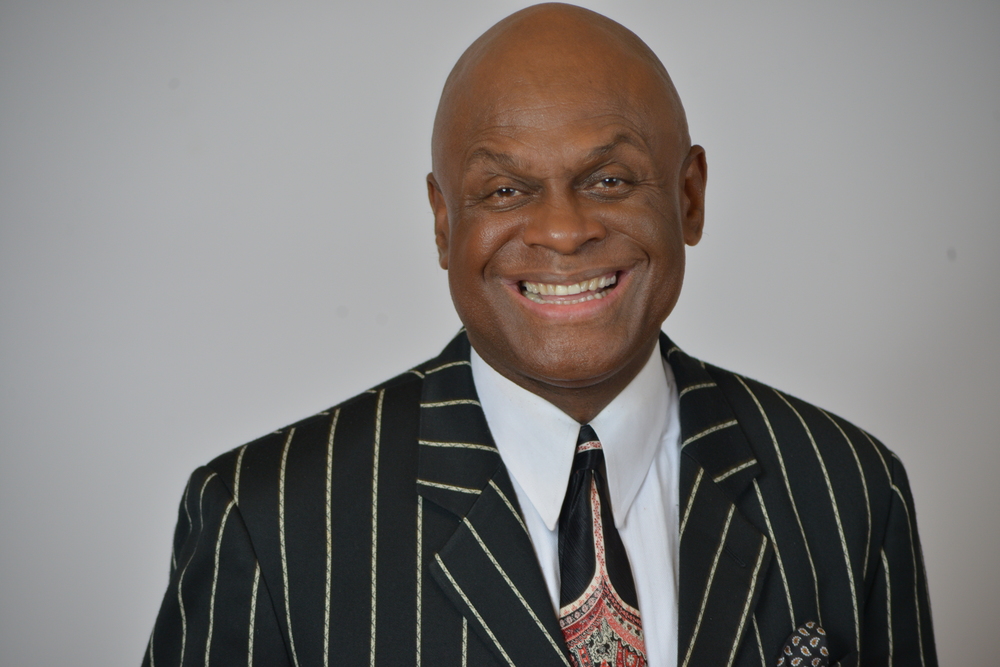 For Michael Coylar, the hustle started when he was just seven years old living in the Projects of South Side Chicago. Whether it was selling stolen beer to winos or selling candy at a markup price to the neighborhood kids who weren’t allowed to leave the building, he knew from an early age that there was lots of money to be made and you could make it for yourself.

It was that same hustle that in the late 80’s allowed him to quit all four of his other jobs and just focus on his newly discovered talent street performing. “That summer of ’85 I had discovered street performance, I had already been an actor, I had already started learning how to do a little comedy, but I discovered street performance and was great. I was making so much money in the street in four days that I quit all my other jobs just so I could stand in the street and tell comedy and then winter came and wasn’t nobody trying to hear no jokes on state street in December and November so I packed everything that would fit in my Buick Lasabre and headed to California where I heard you could do comedy in the street and nobody would bother you.”

“It was the most amazing thing I had ever seen in my life, it change my life, it defined who I am today,” says Michael of Venice Beach. The road to Venice Beach was met with a few pit stops, but well worth it once Michael finally arrived. For nine years every Saturday and Sunday from noon to 5pm with the exception of two weekends you could’ve caught Michael handing out meals to the less fortunate on his way down to where he was working, winning over the hecklers and onlookers, and or having a rival gangs but aside their differences for a few short minutes to enjoy some laughter, have a good time, and see who could give him the most money. His impact to Venice beach was undeniable; he has a memorial on the beach that has his footprints, his name and a concrete image of the money grabber that he used to collect his money. He’s been named “The King of Venice Beach.” 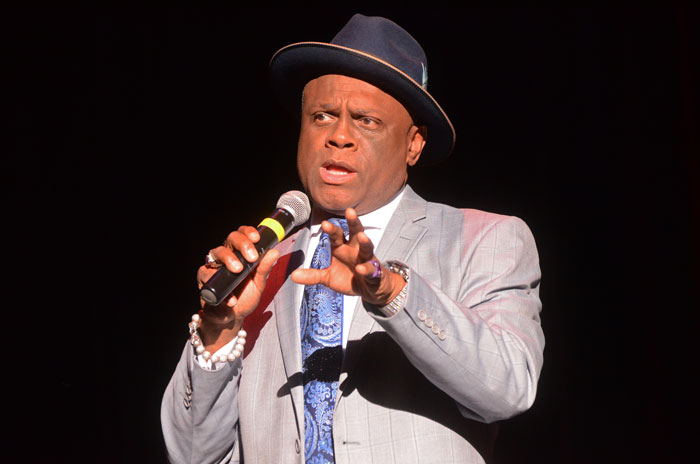 “Venice Beach changed my life, I really came here to be a millionaire and then realized that the planet is not about me, the planet is really about me discovering my brethren and until I find him I don’t find myself. So instead of trying to be a millionaire, I am attempting to be a billionaire of being. I want to be the greatest human I can possibly be. So instead of trying to make a living, I live my making and my making shall make my living. That’s why if you look at any of my projects you will see that they all have a humanitarian value.” With a humanitarian outlook like that it was not a shock to discover that he had given half of his winnings from Star Search to the less fortunate.

Humbled and thankful for all opportunities when asked about the role as the frog in Disney’s “Princess and the Frog,” There was nothing but utter excitement and joy as explaining the entire process and how his legacy will live on with the legacy of Disney. “It was fabulous to see me as I cartoon!” Not only am I in the movie, I am also in the Wii game! I have 89 lines in the Wii game and my grandkids play the wii game and hear my voice, it’s a joy!”

The term “to get a blessing, be a blessing,” has proven to be true with Bob Johnson giving up $125,000.00 for what ended up becoming arguably on the best pieces yet from the comedic legend “The Michael Colyar Project is a stand up of Michael going to different projects all over the world telling his jokes, visiting with the people, etc. “It is some of the best work I’ve ever done; I can’t wait for it to be released!” In the piece which was at one time sold as a bootleg by the man himself because he felt he needed to get in on the profits, you will see him at what used to be the projects where he grew up, but are now torn down. “It made me feel good that someone would believe in me like that and trust me enough.” The Michael Colyar Project will be re-release soon under new distribution and packaging.

Poet, Author, Director, Documentarian, and Motivational Speaker has been added to the resume of Mr. Colyar. His adult poetry book entitled, “Ms. Innocent Goes to Cool School and Other Silly Things,” will be came out and being that it’s was 20 plus years in the making it was bound to be a best-seller. He wife serves as the catalyst for the poetry book, it goes into depth and on her sticking with him through all of the trials and tribulations and they couple being able to stay together through his career, drug abuse, success, and more. It also goes into how those life experiences made her cool, worldly and in the know.

“Michael Goes Motivational,” will be the second literary piece and the book talks about his life, his career, dealing with being a drug addict, and how powerful a relationship with god can be. He is now being hired by churches and religious organization to share his story through comedy, stories, and motivation. “As long as you hold people in your heart, they are never dead, and mother is alive and doing a dance with me, helping me to accomplish all of these great things,” says Michael of his mother who passed.

“Michael Goes Motivational,” will be the second literary piece and the book talks about his life, his career, dealing with being a drug addict, and how powerful a relationship with god can be. He is now being hired by churches and religious organization to share his story through comedy, stories, and motivation. “As long as you hold people in your heart, they are never dead, and mother is alive and doing a dance with me, helping me to accomplish all of these great things,” says Michael of his mother who passed away over a year ago. Now using his late mother in his shows as a way to honor her memory for all she has done for him.

As you can see the older, the wiser, and the more the stronger the hustle! From selling winos stolen beer to creating your own opportunities, and to touching the lives of millions through laughter and life’s experiences, it doesn’t get much better. Micheal Colyar is truly a legend in his own right, not taken all of the credit himself he first and foremost thanks god, the very being of his existence, humbly thanks his lovely supportive wife Brooke Jackson-Colyar who stuck with him through everything and is “The reason he can stand tall, last but certainly not least, his mother. “Without them, I do not exist, I am hollow anyway, God, My Queen, and My Mom.”