Let’s just put this out there…I love a good TV series! Some of my favorites have been True Blood, 24, Law & Order (Criminal Intent and SVU), Vikings, The 100, and one of my most recently binged shows Arrow. It’s easy to say once I’m invested in a show, I’m HOOKED. Therefore, it was no surprise when the Green hooded underdog was trying to rid his city of all wrongdoers. To my excitement, his team began to grow, and this tall, nerdy, curly fro rocking dude made his way into the lair. Enter Echo Kellum.

Echo is a Chicago native who has been in Los Angeles going on ten years now. He spends his everyday life the same as any other regular dad. His daughter is his priority. He gets her ready for school before starting his daily tasks, makes sure to be done with his professional life before homework is started and tries to make sure that he spends as much time with her as possible. His time home is cherished because nine months out of the year, he is in Vancouver filming the CW hit series.

After filming a pilot for another show with Warner Brothers that wasn’t given the green light, Echo was called in by the production team for the 4th season of Arrow. And the rest is history. To be able to be a part of the DC family and work on this project has been a dream come true for Echo. He happily admits that the number of action scenes has been the best part of his new life as a “Superhero.”

“Early on I didn’t really know it was going to be such an action-packed role,” Echo says laughing from his LA Home. It’s an Early afternoon, and he is home on a day that he describes as a much-needed break. “I knew my character was a tech guy who was really smart. So, it was really cool to get involved and really mix it up. We had to do different types of martial arts. We have great trainers in Vancouver. We train 3-4 times a week which is great. Last year I was injured and tore my rotator cuff and had to sit down for a
little while.” 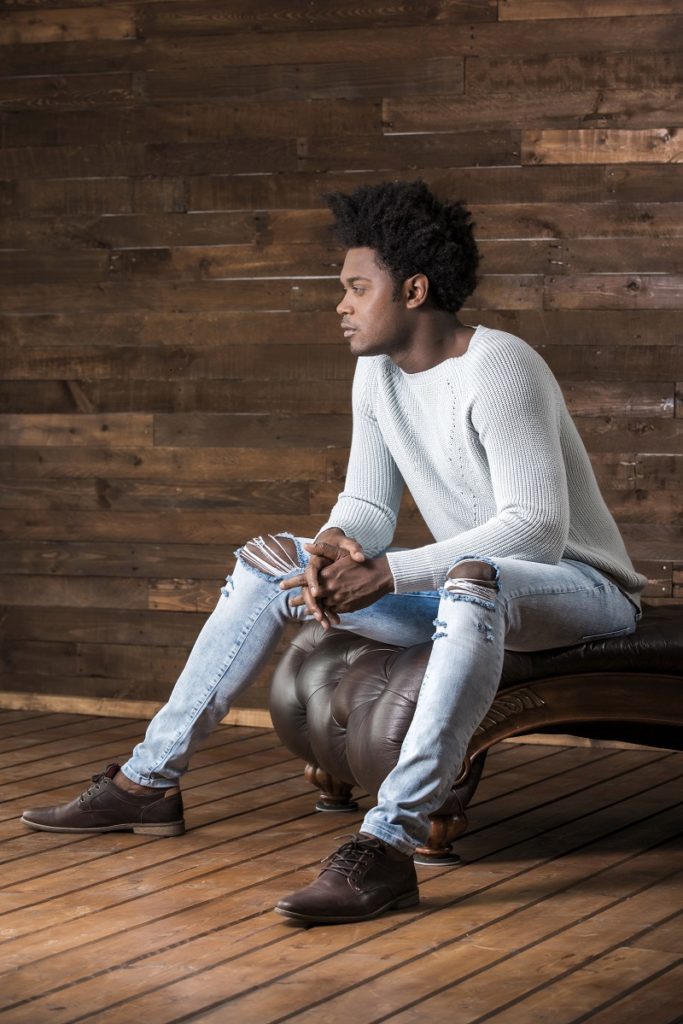 Echo has wanted to be an actor since he was a child. He was a part of a Children’s acting agency and would go all over the Midwest doing different theater productions. Therefore, when the opportunity to make the jump to Los Angeles was presented in 2009, he decided to take it. Many find it difficult to adjust to the Los Angeles lifestyle. To keep a smile on his face, Echo delved immediately into the comedy scene.

“It was tough early on,” Echo reflects. “I moved to a city where I didn’t know a lot of people. But LA is a place where I found my improv community very early on and built this family and friendship that will probably last for the rest of my life. I was very fortunate that I was able to come out to the city and join a wonderful community of nerdy and artistic people.”

If he weren’t acting right now, he’d be playing basketball and creating music. Well, basketball first because he feels they have the best union benefits. Nonetheless, the artistic side of Echo is a prominent characteristic trait. Finding music to be very therapeutic in his life, the actor is following in his brother’s footsteps as a rapper.

He’s used to changing characters and personalities. He finds it hilarious that he gets caught up in the jargon of Curtis Hol or when he is doing voiceovers Vfor multiple characters on Rick and Marty. Though his CW character as an underworld hero as well as his normal voice is cheerful and full of fun, he found that his rap voice is a little of a personal surprise.

“I’m working on a hip-hop album,”Echo says with a completely different tone from the rest of our interview. It’s almost like he is trying to figure it out as he is explaining. “I’ve always had a great appreciation and love for music. I’m still trying to find my sound. It’s a little darker than I anticipated. There are artists that I look up to and love like Childish Gambino and Kendrick Lamar, Future, Drake, but I don’t think I know what my style actually is. Once I started writing it was interesting to see where my music went. It was a pleasant surprise like “Whoa…okay” it’s very different, and I can’t wait to see what happens with it.”