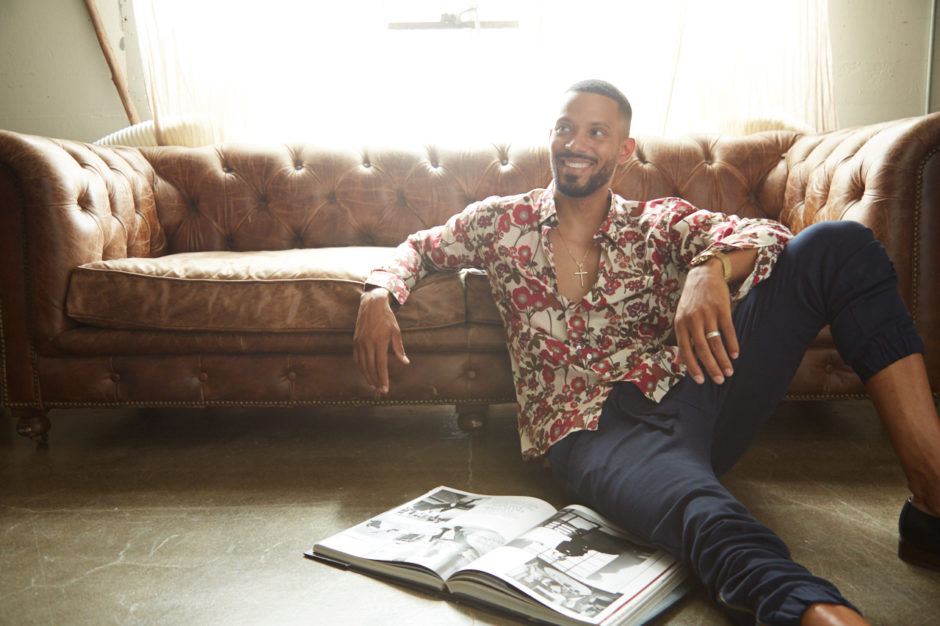 The city of Philadelphia is known for many things. Cheesesteaks, Ben Franklin, The Sound of Philadelphia, The Declaration of Independence, amazing sports teams, and the launch of the Neo Soul Movement. The 90’s catapulted West Philadelphia into the limelight of Hollywood with the arrival of Will Smith.  Todd Anthony, a West Philadelphia native, knew that the call of the industry was on his heels. Todd is making his mark in Hollywood, not just as an actor, but using his voice to impact change in the global community.

1. How did you get into acting?

I got tired of working a 9 to 5 job (lol). No, but really, I was sitting at my job at the time and I can remember staring at the computer screen and thinking “this can’t be all I’m going to do with my life”. That night, I went home and I made the decision to do exactly what I want to do and acting clicked in my mind. I immediately started making moves to pursue It the next day.

2. You decided to make a move from Philly to LA. Was that a difficult decision?

It wasn’t difficult at all. I love Philly for not only being my hometown that helped raise me but for the artistic culture there. It helped groom me for my move to LA. People always say if you can make It in New York then you can make it anywhere but I feel that way about Philly. If I was able to not only make moves as an artist but to also make it out of West Philly then I can make It anywhere in the WORLD! 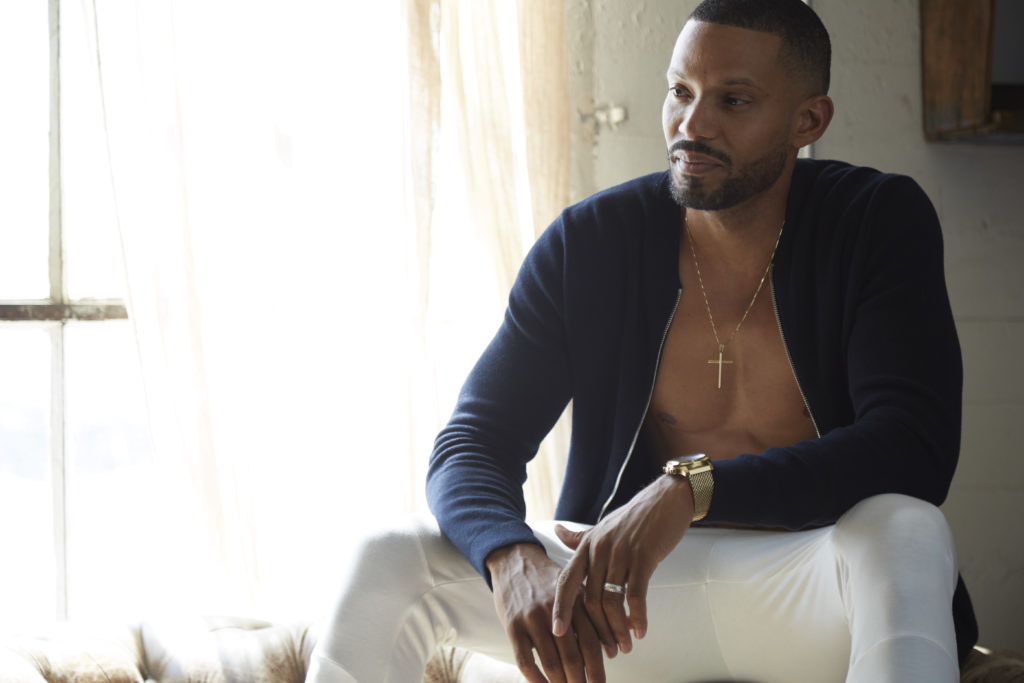 3. How would you describe the process of being an aspiring artist?

Exactly what the title says “aspiring”, I feel like you have to change your mind from “aspiring artist” to just “artist”. Most times, the term is associated with starving or grinding artist which means “you haven’t made It yet but keep on trying” (lol). Which I hate because that’s simply not the case. Once you’ve made the decision to pursue your dream, you’ve made It. It’s just a matter of how far you want to go, now that you have “made It.” But my point was, we as artists at some point have to change our minds so that we think of our selves as artists that are no longer aspiring to be an actor, we are just actors. Once you do that, your career and the results will be even greater because you’re no longer in that “I have to grind or aspire” to be an actor. No, “I AM AN ACTOR” or singer or comedian and I’m great at It. Now, that goes without saying, that you have to put the work in to become great but always keep that mindset.

4. You created a very powerful video last year for your Black in Blue project. How does it feel that the video is still circulating? And how did you come up with that concept?

Funny thing is, the mannequin challenge was floating around at the time and my man Russ hit me up and throws out the idea that we should do one in relation to our film “Black in Blue”. So It was actually his idea that my fiancé (now wife) at the time and I were able to put together with a lot of our social media influencer friends. But, the most important thing is that It is still circulating because things haven’t changed. In fact, they have seemed to get worse but I think the video is a constant reminder about those we have lost and continue to lose, at the hands of our police officers.

5. You are a character on NBA2K. How does it feel knowing that an entire culture is playing a game that you grew up playing and you’re the character?

It is one of the coolest things I’ve been able to be a part of so far in my career. As a kid, my friends and I grew up not only playing but hoping to be players in the game. Growing up, basketball was all I did, so for me, being in a video game was a dream and to see It come full circle through my acting career is amazing. I really didn’t think It was a huge deal honestly until kids at my sons’ basketball game came up to me and asked if I was “Grant Alabaster” from NBA2K (lol) so that was different. 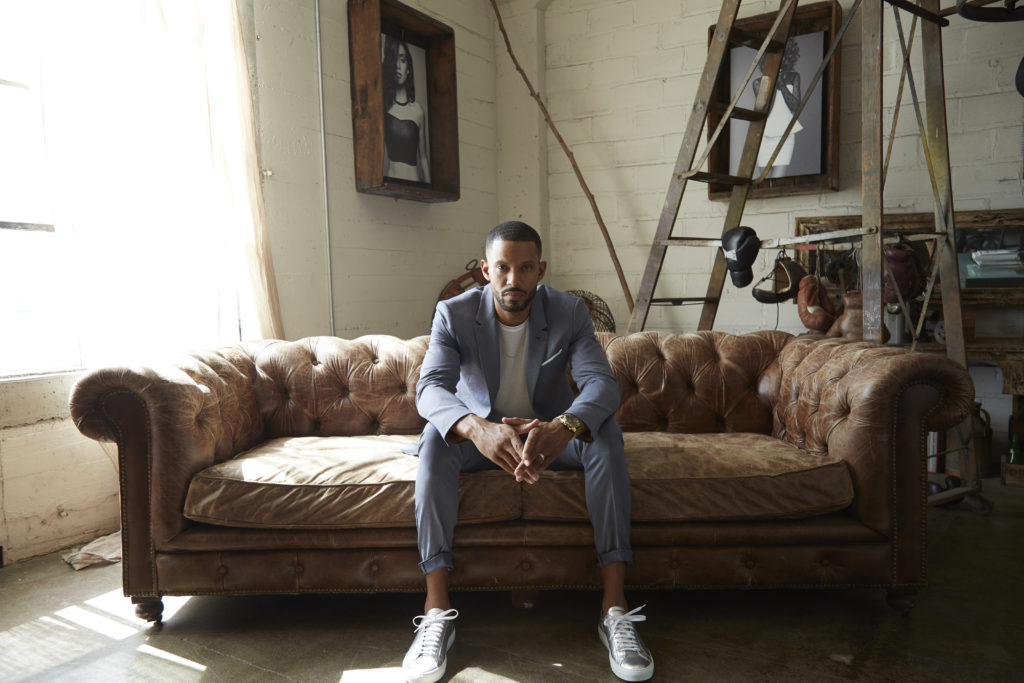 6. What would you like to have your career build into?

I want my career to transcend beyond the screen. As I go higher in my career, my plan is to use It as a platform to help build inner-city communities starting with the one I grew up in so that kids can see outside of their four walls. I want to be able to give back and help build schools and community centers. I think what Lebron James is doing is what using your “celebrity” and power is all about. Sure, I want to win Oscars and Emmy’s and be in some of the greatest movies our generation will see, which I’m going to do but It has to be about more than the physical things. I want to leave a legacy for my children’s children and other children that will come to know me from afar.

7. What has been the best part of being an actor?

The best part about being an actor is getting to do EXACTLY what I love to do and tell stories that will help shape the culture we are living in. I get to play characters that ain’t me but use those characters as a means to communicate to the world and hopefully through that artistic communication, I can help change the course of someone’s mind and ultimately, their life. MAMBA OUT! (LOL)