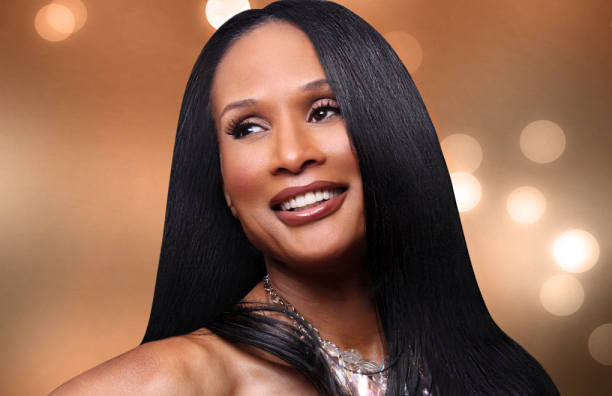 Today, we throw the term, “Supermodel” around more than a baseball at the World Series. Everyone that watches any show with the word “Model” in the channel’s description will see participants give themselves the title of “Supermodel” at the initial thought of being a model.

This “self-appointed” title is usually after the first shoot they were able to pull-off successfully with what our Art Director; Mike would like to call, a “GWC“(Guy with a Camera). The upside to this “self-appointment” is the confidence that has overtaken society is at an all-time high. The downside; the models who have actually earned the title “Supermodel” are sometimes forgotten. That is not the case with the true Supermodel, Beverly Johnson!

This sexy, cougar-worthy, Trinidadian model can appear across any screen and you will know that face. Seen in magazine spreads, television shows such as Martin, Beverly played the role of his old elementary school teacher, Ms. Trinidad. She has starred with Michael Jackson in his Liberian Girl music video, as well as Def Jam’s, How to be a Player, where she played Bernie Mac’s wife, Robin. Nonetheless, Beverly’s road to becoming a Supermodel started at an early age. When Beverly was about sixteen, still fresh to the business, unsigned, and naïve, she began to work on securing an agent. She approached the big agencies as well as the Black agencies (one in particular, was called Black Beauty), only to be rejected by them all. In fact, she was so unaware of how big of an opportunity she had landed as a freelance model with spreads in Vogue and Glamour Magazines; she potentially lost one of her first opportunities to sign with some major fashion agencies. 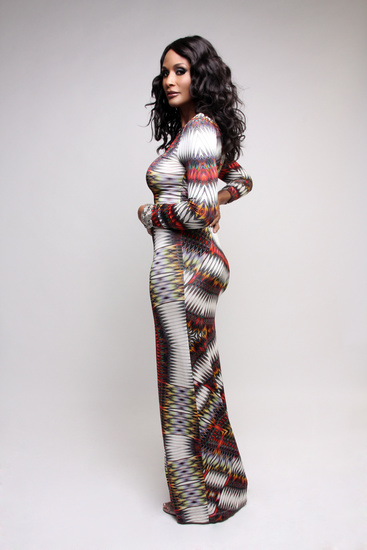 did not know that I should have said to them, ‘Hey, I just finished doing a ten-page spread for Glamour Magazine’,” Beverly laughs. “All I knew is that I wanted to get to that next stage. So of all of the agencies, one of the women said I was too fat to be a model. That rejection hurt, but I was going to make this happen. I am a focused kind of woman. Therefore, all of the things that on around in the business and especially back in the 70’s with all of the racial disparities and things going on, I just wanted to be the biggest and best model in the world. That is where my focus was.”

Once stated that Beverly was so focused on becoming the biggest and the best model, that she became the first model to be a brand. This was before “Branding Oneself” was popular. There is a lot of quick money to pay in modeling…IF you are willing to do any and everything that the industry offers and sell yourself short. Having standards, morals, and a long-term vision has kept Beverly from becoming that person. Overall, she knew she had to stick around long enough to have people remember her, and at fifty-nine years old, Beverly is still here!

“I was very observant about the entire idea of being a fashion model,” Beverly begins to explain. “I looked at it as a business. During that era, modeling was a very short-lived career where after five or six years you were finished. I knew I wanted to be around longer than that. I also knew the importance of having a name to your face. That is how it all began for me. I gave up the opportunity on a lot of editorials and a lot of money, because I knew what would benefit me in the long run.”

Beverly began to associate her name with other brands and built partnerships that would give her the business credibility, name recognition (in front of and away from the camera), and further developed the brand of Beverly Johnson. She attached her name to a very successful eyewear line; Marine Opticals at SEARS, as well as becoming the face of the fourth largest wig and extension line in the nation for the past fourteen years. However, when the time came for her to follow her own dreams of owning her own company, she was a little resistant. Not for any of the obvious reasons though. It was more of what she calls “making excuses”.

Beverly’s goal is not to just make money, it is to provide Black women with quality hair pieces and hair care products at an affordable price as well as give confidence to other people that would like to get into the hair care industry, therefore, putting the money back into the communities where the products are sold. She decided she was going to take that plunge. Today, she has a full e-commerce website, The Beverly Johnson Hair Care Line, along with the Drawstring Ponytail that is carried in Target stores as well as approximately 7,000 beauty supply stores.

“I wanted my own business and that became my new challenge,” Beverly reflects. “I really feel that with the hair business, in which we are huge consumers, we should also participate on the ownership role. I never thought I could do it and never thought I would be successful. I did not think I was smart enough; I did not have an MBA like my daughter, the money, or the work. I just made many excuses. And it ain’t easy! I am like God, why did I do this. Then I just let fate take over me. I have an amazing team of people that helped me put together The Beverly Johnson Lifestyle Brand.  Fifteen months ago, it was all a hope and a dream. I did not re-sign with the company, I just proceeded to put one foot in front of the other and started building the home.” 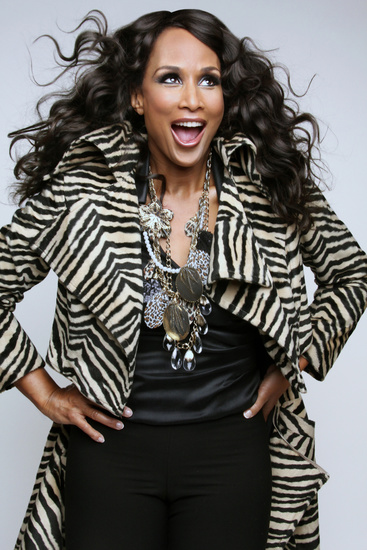 The home was not only built, it was documented and is currently broadcasting on the OWN Network at 10pm EST Saturday nights. Her new show, called Beverly’s Full House is a labor of love. Beverly gives us a chance to see her in her normally private demeanor, her interactions with her daughter and the mother/daughter relationship that strikes accord universally. To top it off, we also see her being a grandmother to eight-month- old Ava. It is a show where the focus is on communication, family, setting and achieving goals, and working with life coaches. While there is a lot of fun, there will be tears as well. This was new to Beverly. She has been around cameras practically all of her life, but this time, her private and intimate moments with HER family will become memories for OURS. That is a lot for anyone to swallow.

“I really did not know what to expect,” Beverly laughs. “It was different to have the crew following me, but what took me by surprise was that this is a docudrama documenting my life and I did not know what I envisioned. I thought there would be two cameras following me around but there were like twenty-five people in my house everyday! I was like, “Oh Lord, what did I sign up for this time?” (laughing). They were all over the house, in the kitchen, the living room, the garage! At first, I did not know if I could handle it. Now, that I have seen the final project, I think that once you see the show you will call your mom immediately.”

In many people eyes, Beverly started a revolution. She was able to show the world that Black is beautiful. She was the force that gave future models the confidence to move forward and walk into agencies. Beverly gave darker complexioned men and women the power to say they were beautiful as well. She set a bar and refused to compromise herself or her image for a buck.

Modeling for African American models is at an all-time high. Modeling agencies are becoming diverse and broadening their qualifications of what beauty is. Beverly has opened the door for the Imans, Tyras, and Naomis as well as the Tyson Beckfords, Djimon Hounsous, and Ngo Okafors. The process was and is not always pretty, but it is just that…a process. While Beverly is proud of what she has started, she does not feel that the credit is all hers. She was a Model, a Supermodel, and a Role Model. “It feels terrific,” Beverly says with a glow.

“Hopefully, we would have gotten there anyway. I just happened to be that person at those times that help start the line. It is wonderful to see the diversity of skin types, hair types, and body types in the world of modeling, because the world we live in is representative of that. What are discouraging to me are the setbacks. When I attended shows this past season and the season before last, and I saw the women chosen in these shows, it was insulting to me. To top it off, some of the designers’ explanation were, “It’s the trend.” My response, we are not a trend! We participate heavily in the fashion economy and we deserve to participate in all avenues. At any rate, there is always the two-steps forward one-step backwards. I have never worked so hard in my entire life and I have always considered myself a hard worker. I finally admit that I want to be remembered. I am building something that I do want to leave behind to my family…so that is what I want my legacy to be!”