Chico DeBarge knows a thing or two about making a comeback. After achieving some moderate success in the late ‘80s with two albums, he disappeared from the spotlight to serve a six-year prison sentence on drug charges. Following his release from prison in 1994, Chico made his first comeback to the musical realm with the aptly-titled soul album “Long Time No See”, establishing a new sound for the next generation of the DeBarge name. Two more albums came, but Chico found himself unable to evade the eponymous title of “Trouble Man” he once sang about. Now on the verge of his second career comeback, Chico says he’s simply “a lot more mature”.

“As a person, I’m just more mature, more developed, I’ve experienced a lot more and I think my music reflects that” he said, speaking of the differences in himself as a man and an artist. And while the man battles addictions, the artist in him battles the pressures of living up to the greatness that is synonymous with the DeBarge family name. “Sometimes I get certain people that try to compare me or say, why I don’t sound like this… so yeah, I do [feel the pressure].” His album “Long Time No See” was his initial response to that pressure. “As far short as it might have fell, that was my interpretation of what I would have done had I been in the group or had I been a part of DeBarge and the legacy – I mean, I am a part of the legacy, the next generation musically. Long Time No See, believe it or not was my interpretation of Debarge (laughs). I figured it was a far shot away from it but that was my interpretation.”

While his older brothers have been an inspiration in his previous work, Chico searched inward for inspiration on his new album “Addiction”. “I kinda shut the world off I haven’t really pulled from anybody”, choosing alternately to take inventory of his own life and his most recent and tumultuous hiatus. “I had a little trouble in my life that I dealt with. In 2003, I got stabbed in Philly it was a terrible stab that ended me up in the hospital with surgery, lost a lot of blood. But I came through, bounced back, and I was prescribed some prescription pills. Consequently because of that I developed an addiction towards them, and subsequent to that I was released from that addiction thank God. By the grace of God and his power I’m walking again in public and of course promoting my CD and still out on the road. 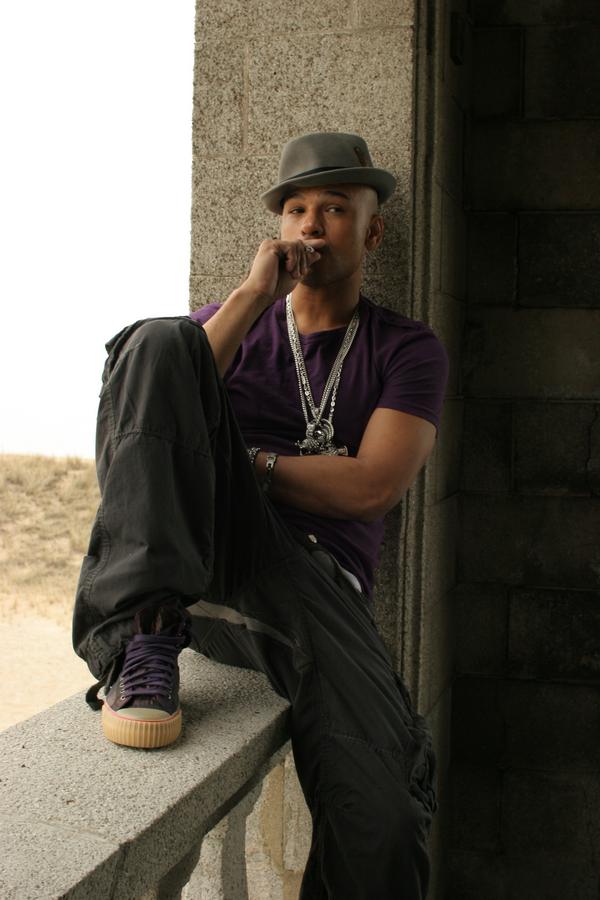 “It was horrible, it was tormenting and torturing and I would say to someone going through that to just reach, reach for everything that you can that you know is good and don’t give up on what you believe is good. If you’ve already given up on what you believe is good – cause sometimes that’s part of the addiction and that’s why you’re addicted – then find somewhere inside yourself to find something good. If you’ve given up on everybody else, there is something good around you or within you. Find that, and have that. Reach for that and follow that. There’s a reason to live, if it’s nothing but to be a purpose for someone else to live. You can be hope, even if you don’t have hope you can be hope for somebody else. So you know, come out of the rain, don’t bow to the pain.”

That ordeal led him to his new project, an open book of pain, victory and determination – a realization that you’re never too fargone to make a comeback. “I think Do My Bad Alone and I’m Okay are probably the two truest stories that there is on my CD because Do My Bad Alone was about an incident I think that started my whole whirlwind of mess. Being in a relationship sometimes with an addict is worse than being an addict sometimes. I lived both sides. Doing my bad alone just basically means, believe it or not, making a determination. That’s the oldest song on the CD and that was one where I was just frustrated with love, with the relationship, with life. The girl that was just an alcoholic, she was very abusive and ya’ know I don’t just mean physically – I’m talking ‘bout mentally and verbally. I tried to love and stand still but ya know it got crazy and I decided to my bad alone cause I began to do bad and I didn’t wanna do bad with her cause then that’s double trouble. So that’s pretty much how that song came about. I think this whole CD is very honest, I tried to hide a whole lot of subliminal in it but I guess people are really gettin’ it and readin’ it. I guess the consumers and the listeners are a lot more in tuned than I thought they were”. And that’s no understatement – critics and bloggers have linked that song to his highly public relationship with actress Nona Gaye, a claim Chico neither confirms nor denies.

It’s highly likely that you weren’t even aware that a new album had been released by Chico DeBarge, and that’s not by accident. With this project, Chico and his label Kedar Entertainment decided on a less popular marketing model, waiting to shoot the video for his first single Oh No until after the album was released. “We have a different marketing plan than what people would usually do and that’s because for the most part, I’m an underground artist, so to speak, in the sense that I’ve always been underground, I’ve never really had a strong radio hit, but for some reason God blessed me enough, the people embrace me enough to keep me afloat and for the most part, that’s how we market everything – with an underground marketing plan. I kinda let it get a buzz and we let the music speak for itself. We try not to over-promote it or give it too much of a sales pitch because the sales pitch doesn’t really work. It can be overkill; we try to let the music sell itself. If the music is good then it should be able to sell itself”. But one avenue that is helping him return to the limelight is the ring of social networking sites, including Twitter, the newest and most popular of which Chico is “definitely an advocate”.

“Believe it or not as shy as I am, I’m also a people person once I’m warm to somebody and I feel they come from a good place. I’m a very personable person. So being on Twitter, Myspace, Facebook all those things are good. I definitely am an advocate of it and I think that it’s something that people should do. It’s your way of communicating with your fans when you can’t. Traditionally, when we communicated we couldn’t get away from them, because if you sat out and did the meet-and- greet and they would want too much and you were tired from getting offstage or whatever. Well, with Twitter, Facebook and MySpace, you can get offstage, get right on there, say what you wanna say and keep it moving. I think that’s a good vehicle to do that with. It’s a sort of meet-and- greet.”

But despite its “meet-and- greet” appeal, Twitter will not keep Chico from getting face to face with his fans, he’s been hitting the stage already in support of his album. “I’ve been on the House of Blues Tour with Joe – me and him did that together, now I’m doing my own thing. I’m gonna single out and do some things in DC as well as Baltimore. Cincinnati this weekend, it’s a bunch of dates lined up, I’m just squeezin’ them in. But me, Joe, Ginuwine and Keith Sweat are gonna do a run as well, I think this fall.” And when he’s onstage it’s all about the music, though he shyly admits that he has no qualms about being considered a sex symbol.

“I guess they might cast me as that but I don’t wanna be typecast as that. It’s okay for them to think I’m attractive but I wanna be taken for serious as a musician and an artist. I don’t wanna just be known as a sex symbol. For her to say that, that’s cool and that’s a compliment. I don’t view myself as that; I view myself as a serious musician.”

With “Addiction” currently in stores, Chico DeBarge has recovered from his real life substance abuse and is overcoming his battles with himself and the forces that try to hold him back. “I look forward to just touring a little bit and goin’ back into the lab again like I did before and taking my time and doing a nice CD. I wanna just do nice music.”