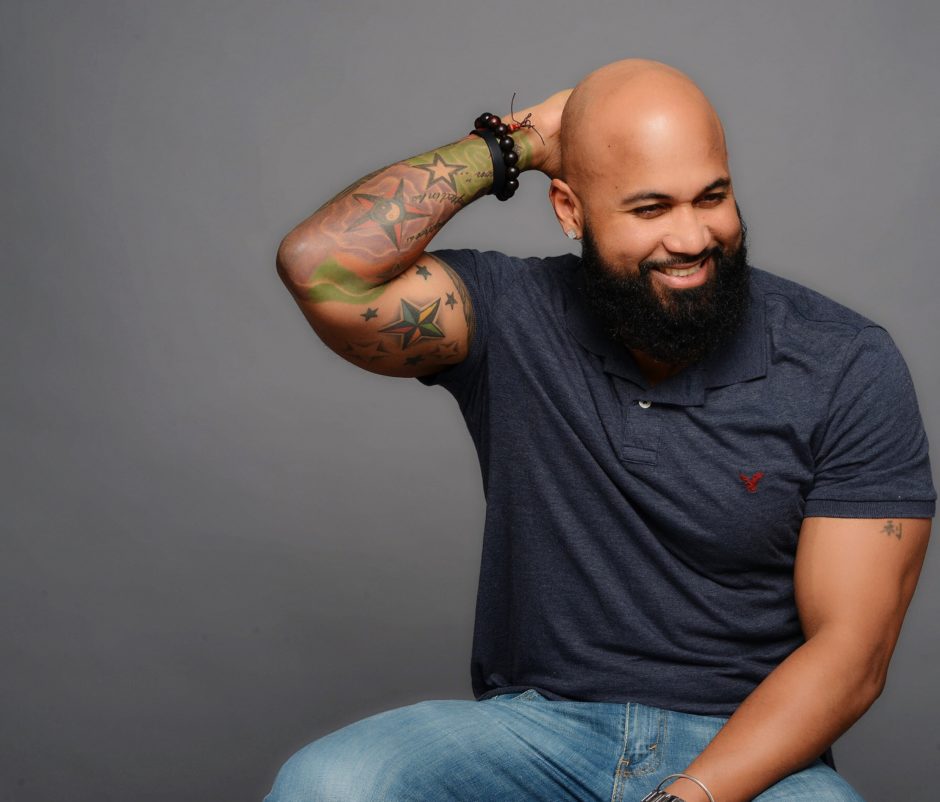 Authoring a self-help book requires an extent of transparency that can be overwhelmingly uncomfortable. There’s an established trust that comes with relatability and truth. Fitness enthusiast and model Garth Voisin decided to be transparent. Growing up on the island of Trinidad, Garth began feeling like he wasn’t living up to his full potential and knew there was more in the world. Leaving his family behind, he did what had always come naturally, jumped out of life’s airplane with no parachute. This time, he landed in New York City. After the trial and tribulations of maneuvering life in the Big Apple, he decided that he would become an author to share his story. Ironically, this was because he was challenged by a television commercial.

“There was this commercial that said “if you were to write a book about your life, would anyone read it? I kept hearing the commercial regardless of where I was. I like cars, right? When you want a new car and you think about the car you want, you see that car over and over and over and over. All of a sudden [it feels like] there are 100 million of these cars in your neighborhood. So the first time I heard the commercial about it, I was just joking around like, yeah, okay, you know, I should write a book about my life. And then the next two days it came up again and then came up again. I’m like, you know what, alright, okay, I’m going to do this.” 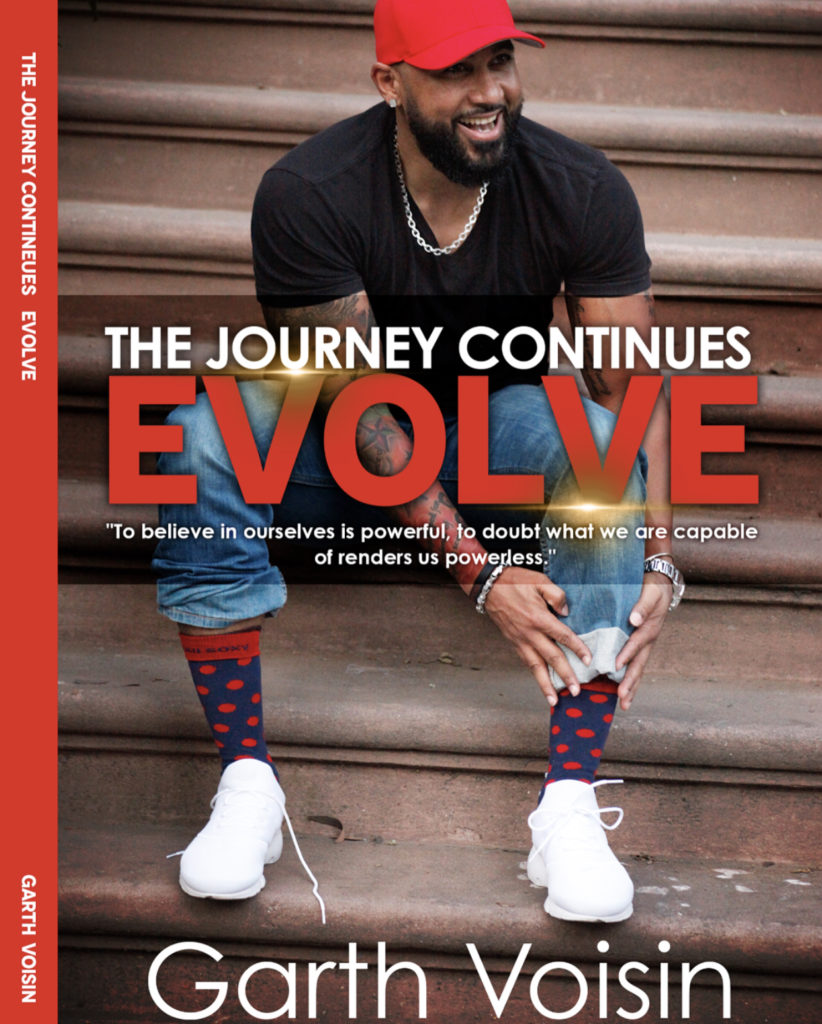 Garth was consistent in ‘pursuing the passion for writing. While wanting a full Mind, Body, and Soul understanding, Garth began training and consulting in the fitness industry. “A lot of people focus on the body, which is not a bad thing,” Garth explains. “But, I think, sometimes we don’t understand that the center of it all would be the mind. Your actions come from your mind. Feelings come from your mind. Everything comes from your mind. The mind is the mainframe of life. I wanted to connect the Mind with the body and to share it with as many people as possible.”

Garth’s first book was not much about his own life story, but more about experiences and trying to encourage his readers to reflect on their own lives. In doing this, Garth admitted his ego and pride were bigger than his purpose. All of that would change when emails, facebook messages, and posts responses informed him that his messages were resonating with the readers. They were experiencing the things that he was writing about, thus, making them one of the same with him. The only avenue left to travel was that of full transparency. To achieve this, Garth would have to allow his purpose to overtake his ego and pride.

“A lot of these things are happening to other people and they don’t have a voice,” Garth explains. “Sometimes, if you are free to share what you think that went bad in your life, that’s a good thing. Most people only share their highlights. I’m actually trying to reach into the mind of men. I posted a lot of stuff recently from the mind of a man, and got some feedback. Some were good, well, most of it was good. But again, I’m writing it regardless. I feel as though we are in a society, now, where the man’s mind is more closed off from when it was from before.”

Men are raised to be a locked chest of emotions. While kids, boys are told not to cry and to “man up”. Taught not to complain when upset about issues and encouraged to fight our way out of any situation that arises. All the while, little girls are taught to do the exact opposite of all of those actions. Into adulthood, the once boys playing with trucks are now men, closed to expressing emotion. Therefore, it’s always rewarding when Garth has a man send him a message of social media.

“The biggest shock is the reaction from people who you would assume would not react,” Garth says. “The feedback from people who at one point, would say ‘writing a book is not going to work’. But, when you see the writing put out there they say, ‘Hey, you know what? I didn’t support that in the beginning, but this writing makes an impact.’ I started to get a little more feedback, and that’s when I realized that as much as I would have loved to go into more acting or modeling or other things, this makes sense.” 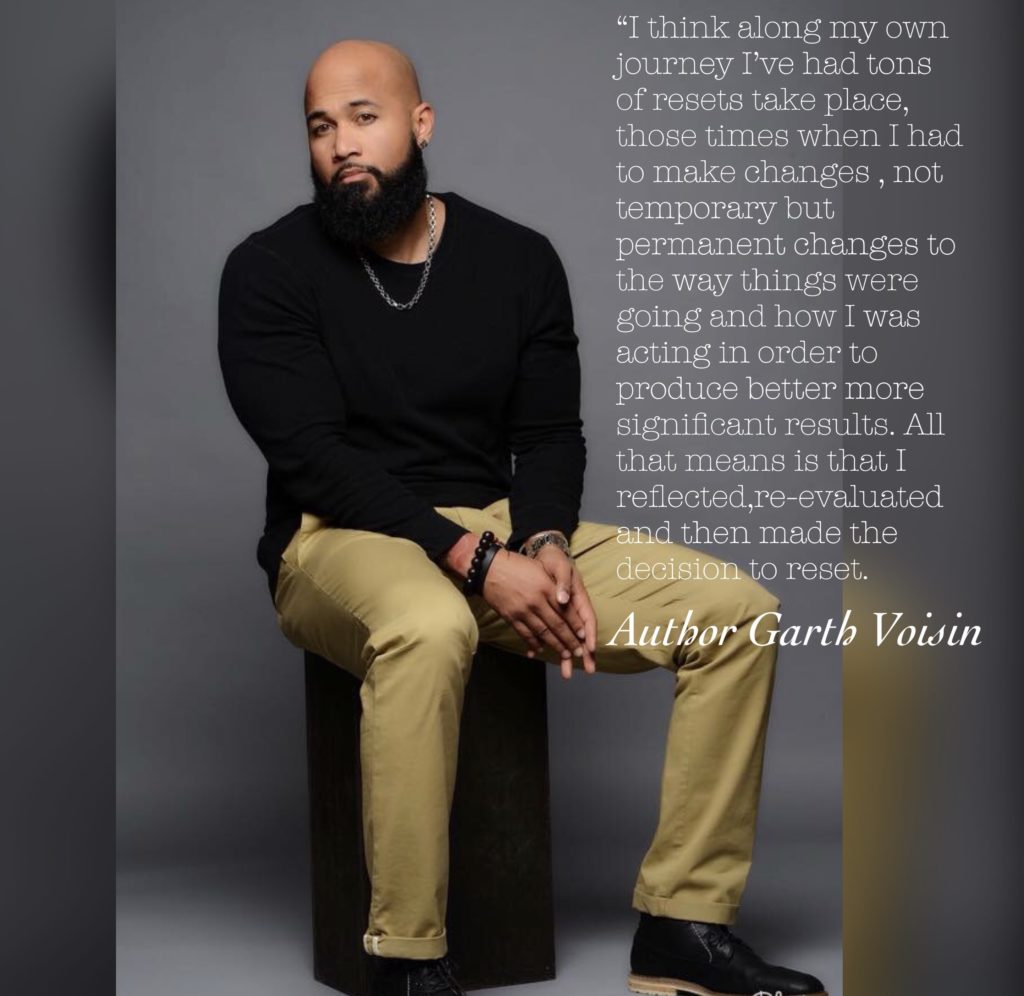 A little over four years of life in the Big Apple, Garth was still excited, enthusiastic, and optimistic. He was in a new place with a world of possibilities. However, he had an itch and wanted a change in life. Things were going rather smooth and for the most part consistently okay. He wanted to really focus on being a personal trainer. He jumped off of a mountain top of content and stability and relocated to Atlanta, Georgia.  Never did he think Atlanta would challenge him the way it did. The eager southern newbie lived in his car for a stint and even slept in a house with no heat where by 6pm he was asleep because staying up beyond the 6 o’clock hour would mean that he was conscious of how cold he was. Those memories continue to remind him that if he could overcome those things, he would be fine facing anything else. However, he doesn’t feel that he will ever be “OK”.

“You’re never Okay, man,” Garth laughs. “Not every day is going to be okay, you know? It wasdefinitely a hard transition. Being as transparent as transparency can get, there was a lot of depression. Missing being at home, and then there’s this idea of ‘what I should do? Just give up and go back?’ So you’re trying to push on, and it was tough.”

Pondering writing a post on Instagram about influencers being people that have to be more than someone selling a product Garth felt like their outreach should also be something that changes somebody’s life in a type of way. That way when you read a post or see a photo, there was an impact. Everybody has a role model in some way. Maybe it’s a small circle, but now that you’re an influencer in a bigger circle, what are you doing to impact people that are around you? How are you using your popularity to effectively create change? Many people who really want to impact the lives of others have the “If I can only reach one person…” mantra. This stands true of Garth.

“I’m at that point where it has to be something that’s not just a passion or mission that you’re on,” Garth pleads. “I think that’s where it all came about. Just the idea of sharing experiences with whoever’s listening, whoever was reading, and whoever had once paid attention. I’m just hoping that my words can help somebody. The trials I’ve been through, and we haven’t gotten to those things [via social media] yet. I set out on a personal mission to get new books out to as many people as possible. If somebody says ‘Hey, I love the concept of the book.’ and I’m free, I try to meet up with them. I’ll go to different places, give them the book, and maybe sit down to chat with them a little bit.”

Never leaving the world of fitness, Garth saw the opportunity to address the full rounded Mind, Body, and Soul method for his training sessions. He was excited to talk to men about the mental training of fitness. Many trainers will say that mentally overcoming your obstacles is the first step to achieving your goal. We encourage people to just “make it” to the gym. Worry about the workout after you get there. With the mental workout, it’s just being open to an authentic and transparent conversation. You wouldn’t believe how difficult this is. Transparency leaves you open to judgment, ridicule, and even unwarranted guilt. Men tend to not like the truth of themselves as it’s told from another person.

Rules have changed. The ideals and ideas of manhood have changed. Society has changed. But the one thing that has not changed as the fact that there are very few outlets for men to really come out and say how I feel about something. There are very few public opportunities to reassure a man that he isn’t the only person dealing with a particular situation or debunking the stigma that allowing yourself to be emotional and begin to pour out your feelings that you’re less of a man. 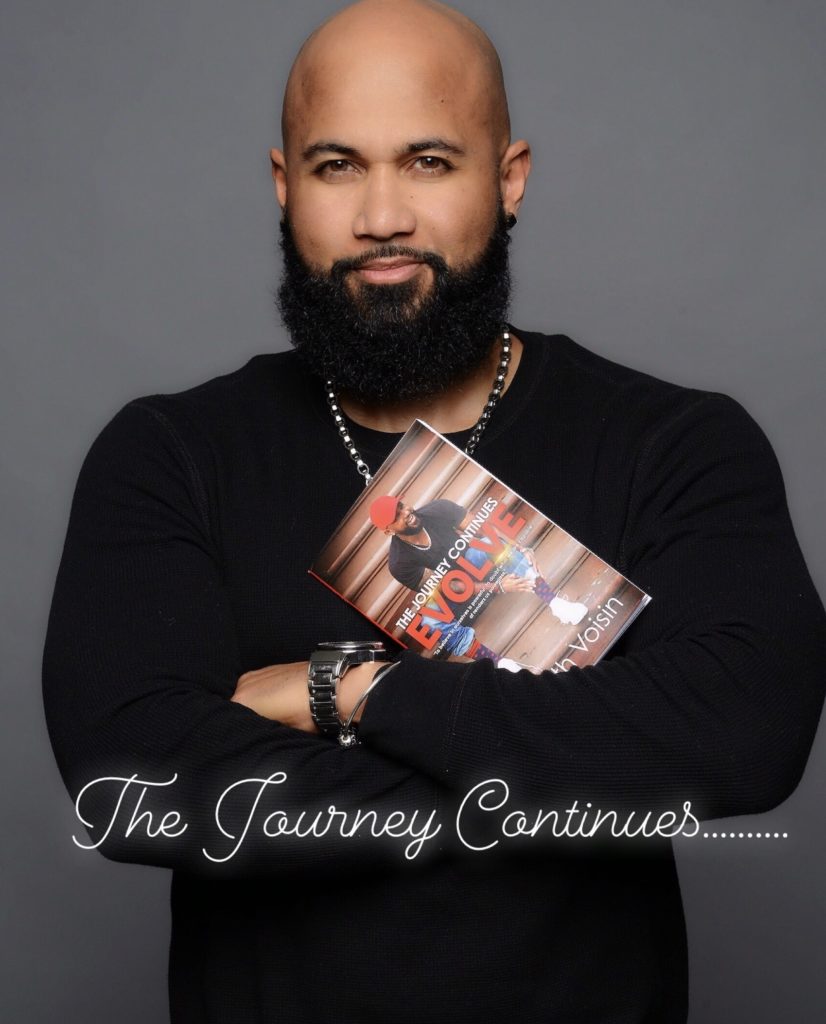 This is a primary reason the magazine you’re currently reading was created. For Garth, it’s one of the biggest motivations to connect with other men. He understands that if you keep it in your mind, your actions will begin rebelling or lashing out, which could lead to anything from woman to alcohol or worse.

“It’s okay to want to talk to somebody about something because it’s on your mind,” Garth explains. “Instead, we, as men, compartmentalize our problems or put our issues into a little corner. It’s what you’ll do whenever it comes back up again, which is not actually dealing with it. So you’re constantly dying in silence. Screaming with no audible source. Because again, you’ve had this mask on for so long that When you finally begin to remove it you’ll pull it back on because they can’t be themselves. I want to help men remove the masks of manhood and truly be MEN.”