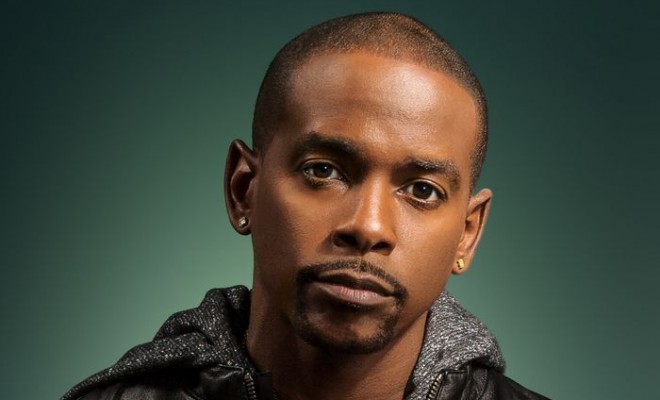 Keith Robinson isn’t new to Hollywood. In the last 10 years, he’s taken part in some major projects that have included the popular 90’s action series “Power Rangers: LightSpeed” as the Green Ranger, on to films such as the film adapted, Academy Award-nominated “Dreamgirls,” as C.C. White. Other roles, such as starring opposite Lauren London in the holiday hit “This Christmas” and as Bill in the Cosby cartoon turned movie, “Fat Albert” have put Keith on the Hollywood map.

But Keith’s true passion wasn’t always under the stage lights of a Hollywood set. Rather, it was with a microphone and a melody. He’s been singing his whole life; from choirs and chorus’, to his own group KHYMISTREE—which was developed with some of his neighborhood friends to enter talent shows in high school. The group quickly became magnets for screaming girls and the Augusta, Ga. teens suddenly went on to opening for big named acts such as R. Kelly, Luke Skywalker, and any other act that came through the small town located on the outskirts of Atlanta. AlthoughKeith feels that he loves them both singing and acting equally, relocating to Los Angeles wasn’t initially for a chance on the big screen.

“I went to this audition to see what it was all about,” Keith explains. “I ended up getting the role and it snowballed from there. I hope to never have to choose between acting and singing because I love them both. The music is what got me here, so if it were to come down to that, it would have to be the music. That’s my first love. Acting and singing are very similar, it’s just a matter of different energies. I liken it to a sports car and an executive car. You’re going in the same direction, it’s only in a different vehicle. Every script has a great rhythm to it and every song has an element of drama. It’s just what medium you want to express yourself in.”

There are some other parallel aspects of the music business and show business as well. The most comparable may be releasing a finished product. While attending the University of Georgia, Keith and a few friends started his second group, BLISS. While developing their talent and building their fan base, they were seen by a talent scout for Motown Records, who eventually offered them a recording contract. But the group of young men quickly realized that having a record deal doesn’t necessarily equal to big money and huge record sales.

“(The record deal) is just where it starts,” Keith explains. “The worst part about being signed (to a label) is not having any control over your product and not being able to put anything out. It taught me a lot about having creative control and being in the right situation and finding good deals. It’s kind of like the ‘rights of passage’ deal that every artist has to go through when you skip over that fine print.”
It’s exactly the reason why Keith started his own independent label, Robinson Music Group, which is pushing his upcoming CD “Utopia.” But Keith hasn’t turned down the idea of signing a major contract for his entire album. For now, he’s just enjoying the life as an independent, free artist. The creative phase of constructing the music has always been the most pleasurable for Keith. With hit singles “DJ Lady” and “Girl” currently on iTunes, Keith has already begun, what he considers, the hardest aspect of being an independent artist: distribution.

“My goal is to get the music to the people,” Keith says passionately. “I’m not hell bent on getting onto a major label. I’ve been on the label. The way the game is now, getting the lead was not the end all be all. For me, having a fan base of people waiting on the music and people knowing you’re ready has been a great help for the music. My goal is to keep an independent mindset and just find more creative and efficient ways to get the music to the people.”

Keith feels like he has been talking about his CD for years. “Utopia” is his depiction of the journey of his success. There are hints of intimate details in his life, such as being in the entertainment industry and becoming a man in the world of show business. His CD is really his way to document his life through song. Keith describes himself as a very melodic and soulful singer. His music has an old school feel with live instrumentation, as well as a little hip-hop to create a fusion of classic soul and urban grittiness. He points out that utopia is exactly how you’ll feel when you listen to his songs.

“The reason I came out to Hollywood in the first place was to make records,” he says. “This is my reintroduction to the universe. “Utopia” is of great work because your body has its own destination. It’s always fascinating to me. If utopia exists, it exists in your mind. It’s not a destination, but it’s more a journey in a song. This album is like my personal journey and I want to make sure that the listeners can reflect upon their own utopia as well.”