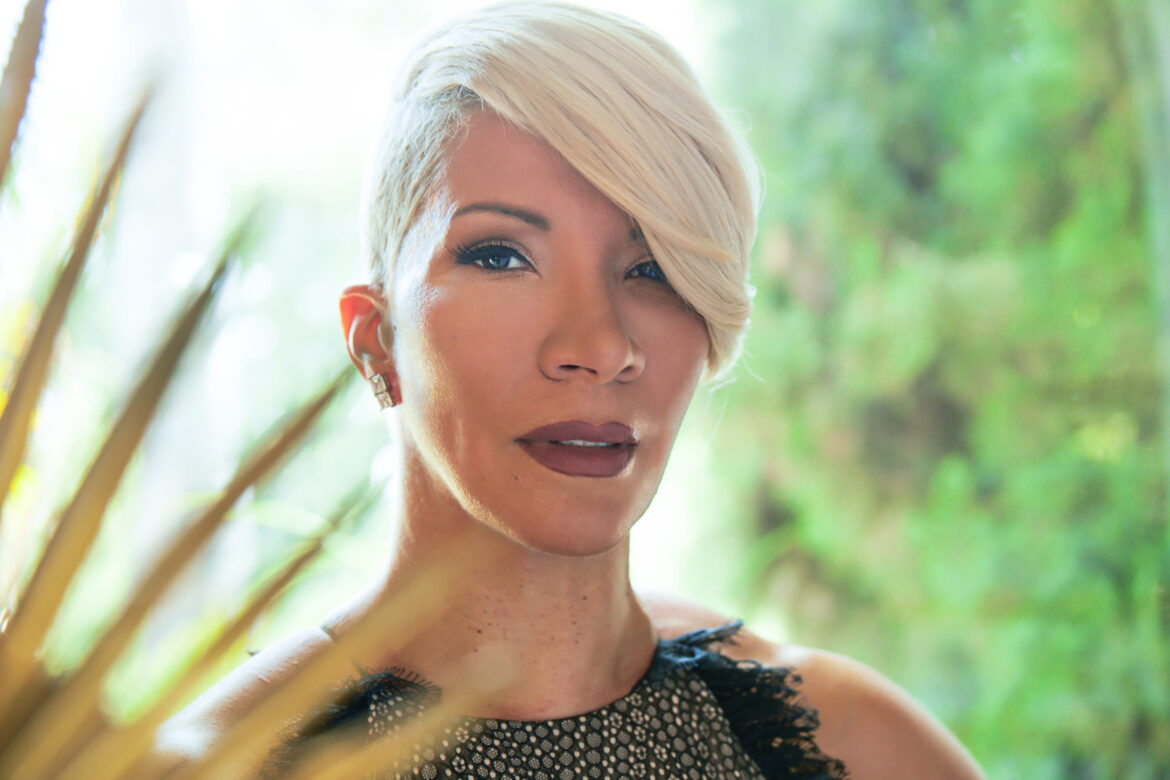 When Rebecca Crews felt a lump in her breast 15 years ago, being told that it was benign was the calm before the cancer storm.

One of the biggest fears that men face is the thought of losing a woman in their lives to breast cancer. In my lifetime, I have lost 2 women to breast cancer and have one who is cancer-free after a strenuous round of chemotherapy. For a woman, feeling a lump while doing a “home check” is not only terrifying but debilitating.

The lump was smaller than the size of a pea and ironically was not the lump that she felt. This one was deeper in the muscle wall. Which her doctor told her there is no way she would have felt it. As a result of the benign lump, she was directed to self examine every year and to always have a double mammogram and ultrasound to make sure nothing new popped up. While she had always been good about her exams, something triggered in her memory that she had not done her exam for 2020.

Rebecca Crews is a singer, songwriter, actress, and business owner. I say that to say she is a busy woman. She is a mother of five and a grandmother to one. Typically, we wouldn’t tell a woman’s age however she is excited and blessed to celebrate her 55th birthday this Christmas Eve. Her days are filled with her business obligations, her kids’ tasks, her time, and finally all things that come with being the wife of a celebrity. Married to one of the hardest working men in entertainment, actor Terry Crews, Rebecca had to tell the titan of a man something that would bring him to his knees. This spring, her routine breast exam came back positive for stage one metastatic breast cancer. Metastatic breast cancer is a form of cancer that is generated when the body has too much estrogen in the system.

“It was just one of those nagging feelings,” Rebecca explains as we sit on the phone. She is in the bathroom of her son’s trailer on the Paramount Studios lot in Los Angeles, California. He is filming for his first project and she is officially a stage mom, now. “Something was telling me to go get everything checked. So, I called my doctor and asked for lab orders for everything, top to bottom. The first open lab was the breast center. They said “we can see you in a week” and I’m like “cool”. When I went in, the mammogram did not show anything and I raised my hand to the technician I said “I have a history and I’m supposed to have an ultrasound… it should be here somewhere in my file”. She couldn’t find it so we had to kind of mill around to look for it. I guess it was in the fax machine and she and I seem to recall that. Whatever happened, I had to be the one to remind everybody. That’s where point number one comes into play; know your health history and be your own advocate. Because after they saw the ultrasound they found this lump. Had I just done the mammogram, they would have sent me back home and said “you’re fine.”

After speaking with the doctor, they suggested doing a triple magnification mammogram.

Rebecca agreed to the screening but only after her hair appointment (we laugh as she tells this part of the story). Missing her hair appointment was not an option. Showing back up with her hair “laid” she was on the examination table and says she heard an “all-knowing voice” tell her “if they find something, cut it off and don’t be afraid to be drastic, be very drastic.” In the back of her mind, she was still believing the lump would be benign like the last one. As she was driving her son to the final call back for the show (the show which she is in the bathroom of the trailer on the lot for) she received a call from her doctor that no patient wants to experience.

“The doctor says very politely and very firmly “Mrs. Crews, I’m sorry you have cancer we’re going to refer you to a surgeon. I said Ok what do I do now and she said. I have some doctors will refer you to and you can get more than one opinion.”, Rebecca says as if she is reliving the moment. “My husband was devastated when I told him. His mother had a form of lymphoma and she passed away from complications of cancer. Though her cancer was in remission, she died of what they think was some kind of infection that may have been exacerbated through the chemo. It was a very personal and challenging thing for my husband to hear me say “I have cancer” after losing his mother just 3 years ago and walking her battle with her for 15 years. He looked like he was going to melt into the floor like a cartoon. I took one look at him I said “don’t you look at me like that! I’m going to live. I’m going to have surgery and you’re going to support me. I don’t need your pity, I need your faith.” and he said “Ok.” And I hugged him and I felt like he needed that hug more than I did, you know? It was very hard for him. My diagnosis was late January early February by the time we were ready to book the surgery, he was like “we got it!” Mr. Cheerleader had his pompoms out, had the squad together, and was there with me the day I went for surgery. Thankfully he didn’t have to work that day. I would say God worked it out because initially, I was scheduling a day he had to work and it’s not like you can just replace the host of America’s Got Talent.”

Rebecca opted for a double breast mastectomy with reconstruction to minimize the possibility of the cancer coming back. When she woke up and spoke to her doctor, she heard the phrase cancer patients want to hear.

“Mrs. Crews everything went well there’s no cancer in your lymph nodes, nothing has spread, everything was contained, and you are cancer-free.”

Rebecca was ready for aftercare and Terry stepped up and took care of all household chores and family tasks. And thats what marriage looked like to her. The couple has been married for over 30 years. While she states that the odds were against their young marriage, she also asmits that she wouldn’t want to have lived her life with anyone else than with her bestfriend, worst nightmare, and biggest supporter, all tied into the title of husband.

“We were youngin youngins,” Rebecca says with a big laugh. “People always say “if you marry young, it’s not a good indicator of success” but my grandparents married at 18 and they died together in their nineties. So, I think maturity is a choice and I think it comes with the acceptance of responsibility. How mature we are can be determined by how much we choose to be. That’s my take on all the philosophies around marriage today. People talk about compatibility, I don’t think they’re incompatible people, I think there are unyielding people. You know you can just be stubborn and call it incompatible.”

Stubborn is not a word that Rebecca would with Terry. Instead, she calls him open-minded, caring, compassionate, empathetic, and a standup guy. So when I bring up an interview that he did with CNN News Host, Don Lemon, she agreed when I stated that I didn’t feel that the rational explanation and points that Terry was making about the Black Lives Matter movement needing to be more open to inclusion were fully received by Don before he began to sound off rebuttals against Terry’s stance. While Terry was stating that he feels the movement needs to be more open to including other races to further promote the message, his interview was derailed to a different message, in Don’s words, that Terry wasnt giving. So, I opened the conversation with Rebecca to allow free reign to express her views of not only the movement but the coverage and tone of the media and more.

To read the rest of this interview, Click the button below.