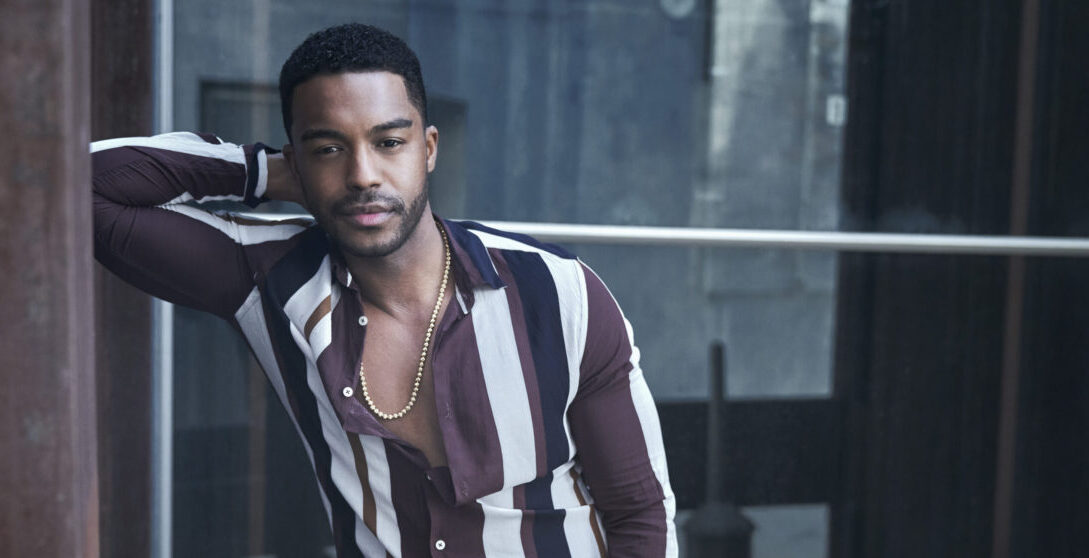 A few months ago, someone said, “Tyler Perry has a new show on TV that you need to watch.” I’m thinking another House of Payne or Meet the Browns would be the concept. They said “NOOOOO. This shit is CRAZY! It’s called RUTHLESS.” Now, to be very transparent, I had a HORRIBLE work schedule while still trying to maintain SUAVV, so TV was not on my mind. I received an email request to interview one of the show’s leads, Jaime M. Callica. After being on the phone with Jaime for about an hour, I agreed to binge-watch the show and to text him when I was done to let him know what I thought…. OH MY GOD!!!

Let me rewind this a bit. Jaime grew up in Toronto, Canada, and would eventually move to Vancouver with his family. As a kid, he did everything from being a martial arts black belt to ballet and tap dancing. He had what he would call “a pretty good childhood”. Jaime had some bonding time with his grandmother doing something that we have all had the “pleasure” of doing…watching soap operas. Personally, once I heard the soaps theme songs, I knew it was nap time. For Jaime, it was time for him to watch his idol to see what he would do next.

“I grew up watching The Young and the Restless with my grandmother,” Jaime says laughing. “I would always watch Victor Newman, (Eric Brayden’s character in the show). He was a billionaire megalomaniac. He would just buy businesses from people that did him wrong, just to shut the business down in the name of spite. And I was like, Oh one day, I’m going to be that dude. I’m going to be the Black Victor Newman. Not buying businesses to shut them down but buying businesses and being wealthy. And so I really fell in love with the idea of business courtesy of watching YNR. I really loved the character that was Victor Newman.”

During college, Jaime was DJ’ing at a club and was preparing to purchase a Porshe Boxster. The club owner, Justin Strange heard about the purchase and told Jaime that it was a dumb purchase and if he had the money that Jaime was going to spend on the car, he could turn it into a million dollars. He encouraged Jaime to read the book Rich Dad, Poor Dad. Jaime felt kind of insulted and blew it off because as he says “I didn’t like the guy.” A few months later, Jaime was at a book store with his mom and decided to purchase the book. Reading it in a few days, he went back to the club and found the owner thirsting for more knowledge.

“He gave me the second book, the third book, the fourth book,” Jaime explains. “Then I started reading more, taking courses, going every free workshop I could go to on stocks, various investments, mutual funds, segregated funds, or Forex markets for about a six months to a year of investing in the markets. He said, “All right, you’re ready for real estate.” I started buying real estate at 19, just because Justin was mentoring me. So that was the beginning of my investment life at 19. And I regularly big Justin up because if it weren’t for him, I probably wouldn’t have the financial knowledge that I have now. And I would have I have a 13-year-old Porsche Boxster (both laughing).”

Over the next 7 years, Jaime would go on to own 9 residential properties and had 4 active businesses. He was on the road to being the Black Victor Newman. Then one day, he popped out of bed at 6am and said today is the day that I sell it all. He got dressed, went to one of his stores, and at 9am called his realtor, Ron, who helped him amass his portfolio, and told him that he was ready to sell it all and become an actor. Of course, Ron laughed and thought Jaime was joking only to realize shortly that he wasn’t. That’s where the story of this actor began.