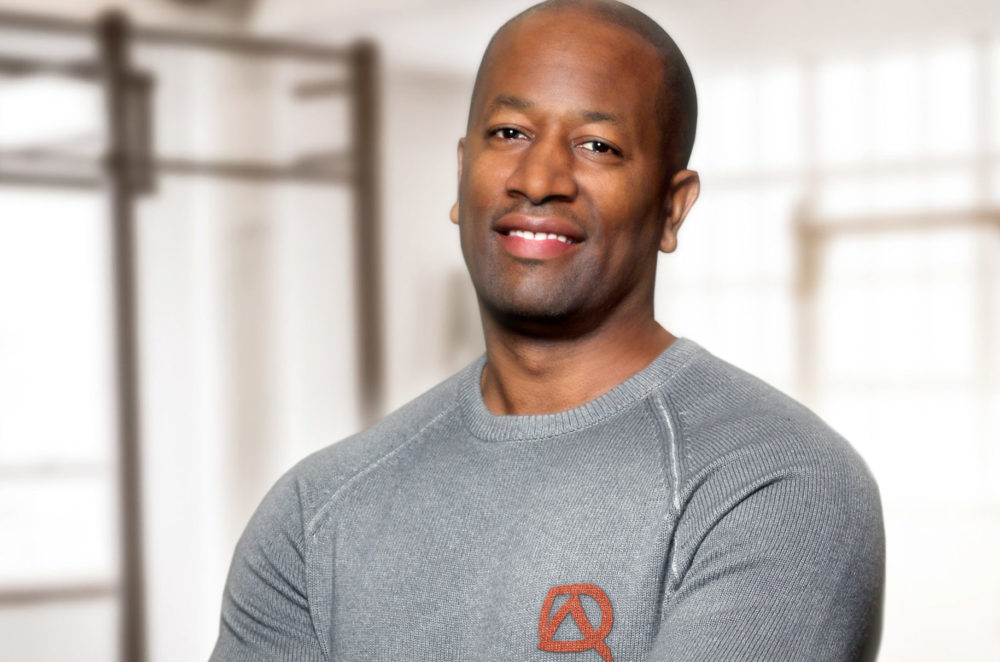 There are some investments that can save your life. As you rack your brain to think of which is most important, we will give you a helping hand. It’s your health. We can take steps not, while home, to boost our immune system. Health coach and founder of the Dherbs Full Body Cleanse, AD Dolphin tells us how to use this time to clean our bodies, inside and out.

AD is a herbal/specialist body cleanse expert who has appeared on the Steve Harvey Show (as well as being Steve’s personal coach) sharing his expertise on healthy living. For more than 10 years, AD has had the number one herbal cleansing company online– many celebrities use his products, such as Brandy, Nicey Nash, Elise Neal, Darren Henson, and more.

At a time when your immune system is the primary weapon in your arsenal, there are many of us who are depleting and weakening that system instead of increasing its value. We have all put on the extra pounds, hilariously coined “Quarantine 15”. Furthermore, with the closing of gyms and most outdoor workout areas, our fitness lives have taken a huge hit. However, all isn’t lost.

We were able to talk to AD about how building your immune system could assist your fight to avoid and potentially fight off the Covid-19 virus.

SUAVV: How did you get into the Health Industry?

AD: I was a basketball player. I played sports my entire life. I was playing professional basketball overseas in Australia and I decided to just stay home and I wasn’t going to play anymore. Then, I started to gain weight because I wasn’t as active as I used to be. At that time, someone introduced me to the concept of cleansing. And I have this crazy, crazy, addictive personality. I did everyone’s cleanse. And when I started noticing the differences between all these different cleanses, they all have one thing great about them. Being a business major, I thought, “Hey, what if you combine all these great things together to get these great results?” And that’s how the DHerbs Full Body Cleanse came about.

SUAVV: Recently, we saw a clip of Actor Darren Henson, on The Breakfast Club, swearing by your Black Seed Oil. How do you go about sourcing your herbs for your line?

SUAVV: The rumor that is out is that this is the worst time to flush your immune system because it makes your more susceptible to getting sick.

AD: Look, all the external things that we’re doing are great. Wearing gloves, wearing a mask, you know, social distancing, all this is great, but your last line of defense is your immune system. So, I always tell people, that’s going to be the most vital thing that you do. Have that immune system strong because it’s those external things that you’re doing, prevent it from coming, but if your body’s not ready for it, you can be affected. So this is the perfect time to do it. Think about it. One, we’re at home, everyone’s at home anyway, there’s social distancing. We can’t go to restaurants, we can’t buy certain things. So therefore if you’re worried about going to the restroom more, you’re home, you’re there, you’re in the most perfect place. And probably And lastly, when you go to the grocery store, produce is plentiful. It’s everywhere, but you can’t find canned tuna anywhere. LOL.

SUAVV: Your cleanse is different than most of the products we see on the market. It’s not just a colon cleanse or just a liver cleanse. You’re multiple organs, intestines, and everything at the same time.

AD: So most systems give you the illusion of cleansing. People think if they’re just going to the restroom, you’re cleansing. It’s an aspect of cleansing, but it’s only hitting one area. Our cleanse goes up your entire eliminative channel. That’s your gallbladder, your heart, your liver, your colon, your spleen, your lungs, your kidneys, your adrenal glands, your blood, and your skin. It’s going to flush out all the impurities and all those different areas of your body so your body can perform better.

SUAVV: The nerd in me is extremely interested in the fact that your research states the average person could be walking around with 20 or more pounds of undigested food in their bodies.

AD: You can have up to 25 pounds in your system at any given time, depending on who you are. And some people have even more if they are a heavier individual. It’s the stuff that’s just sitting there and there’s not an exercise on a planet that’s going to help your body to remove it. It’s just sitting there. That’s those situations where you see the skinny person that got the little pop belly, it’s just undigested food. If they cleanse all that waste is going to come out of their system, their stomach is going to become flatter.

SUAVV: I didn’t know that was even possible. I think the biggest question most people have about cleanses is “what can I eat while doing this?” Because that lemon and cayenne pepper water cleanse folks have been doing is not going to work for most of us. We need food! LOL.

SUAVV: Okay. That helps out a lot. I can deal with salads and fruits. Now, we do this cleanse, there’s a 10-day and a 21-day cleanse. While on the cleanse you are doing great. What do you do after the cleanse is over to make sure you stay on track?

Check out more about the DHerbs Full Body Cleanse System at www.dherbs.com