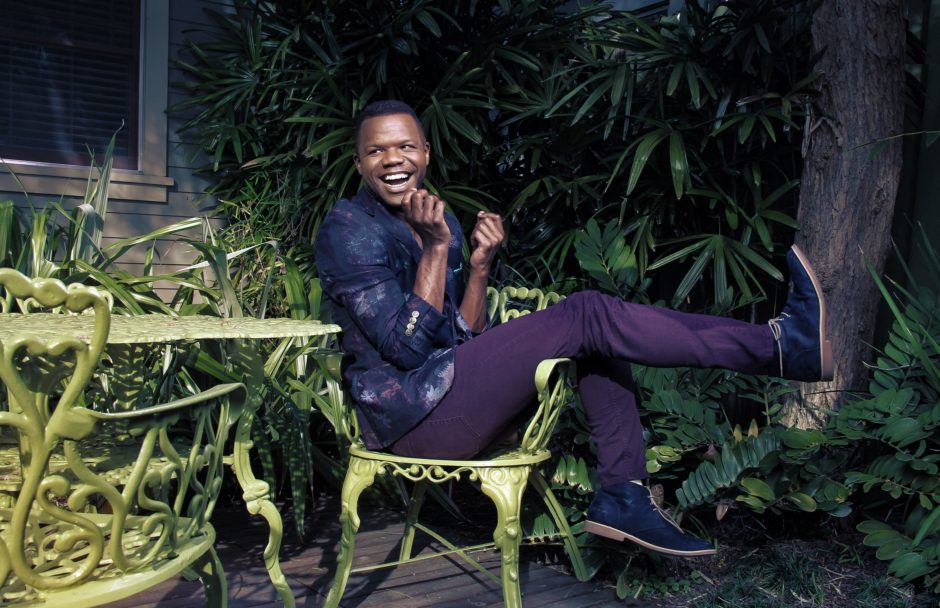 Next Up: Tory Devon Smith

Pulling up to a seemingly small house in Venice, California, I was greeted by the new TV and Netflix actor Tory Devon Smith. It wasn’t a typical wave and “hello”. No, that wouldn’t be the demeanor of this guy. Tory, was standing on the front porch with a robust laugh and this delicious spritzer cocktail… which I still have no idea of the ingredients. He knows what car I am driving because we are on the phone, and I told him, as I slowly pass his location, he yells out, “NOW, DON’T JUST DRIVE BY WHERE YOU ARE SUPPOSED TO BE.” We both fall out laughing. I’m in the car with my brother/celebrity photographer Michael Letterlough, Jr. and this vintage pickup truck caught out attention.  We greet with a hug and huge smiles and our day in Venice is off to a fun start. 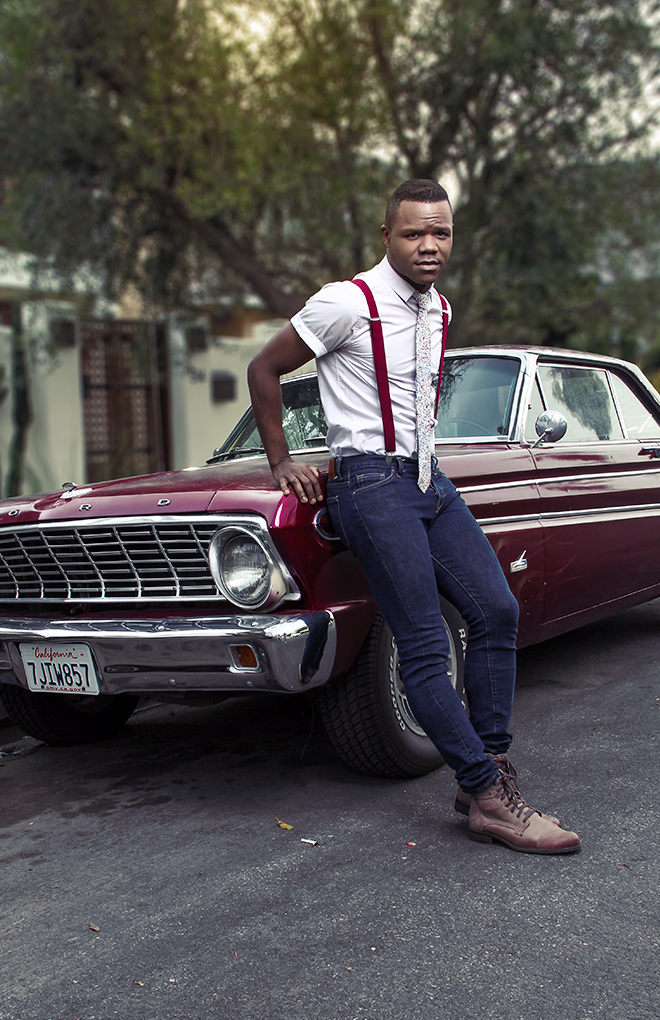 Tory is a trained versatile actor and has no problem jumping in and out of characters of Netflix original series ‘The Get Down’ and Vicente from BET series ‘Zoe Ever After’, starring Brandy Norwood. With his big laugh and all around jovial presence, it easy to understand how a laugh track could be a part of his everyday life.

“People are being introduced to the comedic side of my capabilities, which is really fantastic,” Tory says about his character on Zoe Ever After, as he is being groomed for the photo shoot. “I think comedy allures people towards you.  People love to laugh. And if you can make them laugh, you are closer to their heart. With ‘The Get Down’, they will see the direct contrast to my performance. Juggling characters is pretty interesting. I think, as a trained actor, you want this. You are trained to bring two very different characters to life.”

And that’s exactly what he does. While on the BET set, Tory was given the opportunity to improve moments of his character while on set and then see the changes in the script the next day. He understands the power of taking what is seen in the script and interpreting it the best way possible. That doesn’t always mean that you stay word for word on the script. However, he understands that it is his job, as the actor to make what is on the page work. Which was perfect with the way the show was written.

“I remember reading the scripts (Zoe Ever After) because we got all 8 at one time, and thinking about how charming the show was,” Tory reflects. “I was auditioning for several pilots in the beginning of the year, and a lot of shows are catered for only one episode and you notice it. But, when I got the scripts for Zoe, I said to myself ‘they left a lot of room in here and they filled it with her life and different trials and tribulations’. And it made it really easy for our characters to click because the chemistry on set was very comparable. We wanted to hang out with each other. We liked each other. We still call each other as a cast. That was wonderful and the crew was so sweet and so happy with us.”

For Tory, coming full circle was the silver lining of his own trials and tribulations. Once he got serious about being in the film and television industry, he knew he would have to have a tunnel vision about it. His whole life was to become an actor. He understood that in order to REALLY make it as an actor, he not only had to learn to act the part, he had to live the part. He had to eat, sleep, and drink acting. If his actions weren’t helping him be an actor, they were hindering his progress. He reevaluated friendships, jobs, locations, and everyday life. The end result was a life with little to no distractions and landing a role that he loves.

“I didn’t have anything that was going to distract me. There were various options that were in front of me. Going to school and getting my graduate degree, going to Chicago and doing some off-Broadway productions or going to New York, Europe, Australia. I knew that going to television, if you get something, the notoriety would allow you go have other projects. So I am incredibly happy that I was able to book a series regular on a comedy before I’m 30 on a network that I grew up watching. I grew up with Comic View and Teen Summit. This was my first job so I was just happy that I was on the set and getting to say shit.”