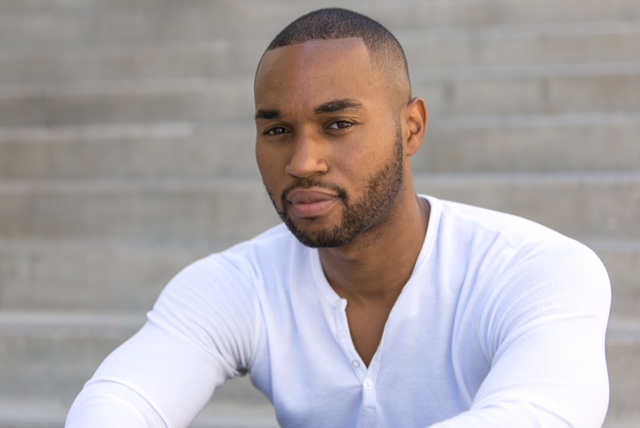 Next Up: Tye White

Breaking into Hollywood isn’t an easy accomplishment. There are thousands of people, yearly,  that come here with a dream of fame and celebrity with a half empty bank account. They saved up enough money to move here and sleep on a friends couch until they “get on their feet”. Sadly, most will move back home before they sign a lease of their own. When you hear a story of a leap of faith that was successful, it’s always interesting…well, at least to me.

Tye is a newer face to the motion picture world while being a seasoned face to the Hollywood location.  It’s mid-morning and I found out about a strip of cafes, restaurants, bars, theaters, and lounges 5 minutes from my apartment in North Hollywood. Ironically enough, Tye lives 5 minutes away as well. We decided to meet at one of the smaller coffee shops in the area. Happy to have a little bit of privacy left in his career, we chose some very non-private outdoor seating to chop it up a little bit.

Tye is the first to admit that landing here wasn’t easy. Coming from a blue-collar family in the mid-west, the objective is to get an education, get a great job, and provide for your family. His father was a businessman in the investments, real estate, and insurance fields. So when his son Graduated from The University of Michigan with a degree in economics, further education in business school was the assumption. Tye had a different dream and the theater classes on his college transcript were the first sign.

“Those semester grades came in, my pops saw way too much theater on there and killed that quickly,” Tye says laughing. “He wanted me to stop the acting classes because he wanted to make sure that I could get a job. So, I put it on the back burner, graduated, and began a career as a business banker for Chase Bank. One day, I was talking to a friend of mine and we were discussing me going to New York City to interview with JP Morgan on Wall Street. We somehow got on retirement, and he said ‘Yeah man, only 40 more years until retirement.’ I said, to myself, ‘Wow, that’s really the mentality.’ Not me. I said I couldn’t do it anymore, quit my day job, and moved from Detroit.”

“When I quit my job, he(dad) was HOT… he was real hot”, Tye says, shaking his head as if he recalled a conversation. “He wasn’t feeling me. Even the first years of me being here he was very frustrated with me. After he cooled down, he was just like, ‘I don’t know what you are doing, but I support you in doing it.’ And to keep in 100, there were times that I did have to hit him up and ask for some help. He would float me, but it was always with love.”

Tye’s journey of Los Angeles started as many actors in this city, classes, student films, smaller projects, and more classes. You do what you have to do to get your feet wet, get used to the mechanisms of the industry, and developing an understanding of how this city works, (Trust me, it’s not ALL talent). To others, it man seem like it happened quickly, but it was 4 years after Tye arrived in Los Angeles before landing his first role. That was about 3 years ago. After hitting the scene in the 2014 Drumline Sequel, Drumline: A New Beat, the opportunities began rolling in.

“The first four years, I did everything I could do to stay above water,” He laughs. “EVERYTHING there was to do in Hollywood to not have to go back home. Bartend, uber, borrow money, everything you can think of to pay your bills… everything except walking the Santa Monica Boulevard strip, selling it.”

While some may recognize him as Aiden Hanna, the son of LL Cool J’s NCIS Los Angeles character, Sam Hanna, others will briefly remember him as Jason Simpson, son of O.J. Simpson, in the award dominating series The People v. O.J. Simpson: American Crime Story. While sitting at a table read with the acting titans that this show had cast, Tye was solidified in the sense of belonging. “I’m not saying I belong on their level at all,” Tye exclaims humbly. “Don’t get that twisted. But, it let me know that I belong HERE. That I was able to be at the same table. I’m not carving the turkey, but I’m at the table and in the conversation.” Regardless of what you do as an artist, be it a painter, musician, actor, whatever, you always want to know that you don’t suck.” For many, the first time REALLY seeing Tye was in his role as Kevin Satterlee on the Oprah Winfrey Network’s hit show Greenleaf. Which Tye has no problem admitting, may actually be the toughest role that he has played to date.

Nonetheless, for many, the first time REALLY seeing Tye was in his role as Kevin Satterlee on the Oprah Winfrey Network’s hit show Greenleaf. Which Tye has no problem admitting, may actually be the toughest role that he has taken on.

“It’s different from me because he is dissimilar to me,” Tye says. “I mean I’m not Kevin at all, but there is so much truth to him and his character that it excited me to tell that story. In today’s world, we all know somebody that we all suspect (to be gay) and we want them to be happy and not have to hide. We want them to know that we are going to love them anyway. I know it may be difficult, from the outside looking in, it has to be hard to come out and be in that capacity. So I’m just excited to tackle it. Normally, on tv you just get the straight forward, ‘the guy is gay’. His story is complex, because he is married, loves his wife, and is more than just a guy in the closet. I can’t give the full story away but you’re going to see it unfold into a more complex storyline.” 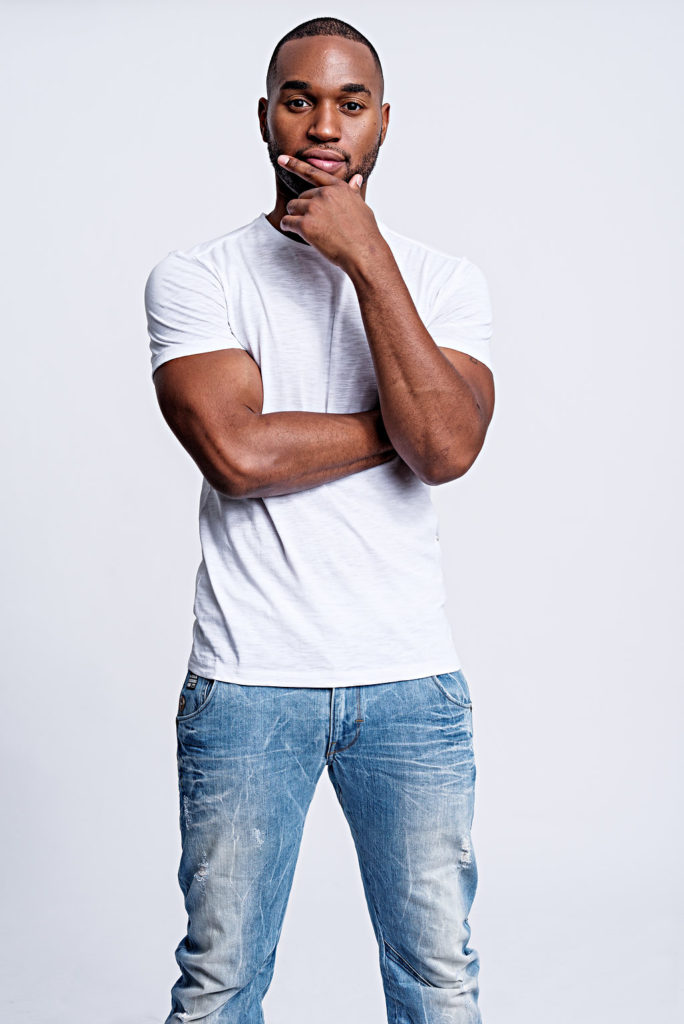 During the process of Greenleaf, Tye was back and forth between Los Angeles, Atlanta more than a FedEx cargo plane at Christmas. He would film an episode of NCIS in Los Angeles, then shoot to a chemistry read, table read, and fitting for Greenleaf in Atlanta, and then shoot back west for a taping for NCIS, then off in Atlanta filming Greenleaf, and back to Los Angeles to finish Crime Story. At one point, his agent and manager worked some magic in to get him back to LA for a few NCIS episodes that were practically impossible to create. Needless to say, our conversation went on to how horrible our sleeping patterns are. Tye tells me a story that he heard about Brad Pitt not sleeping at night because he is worried about his movies opening properly, fan reactions, making the investors money back, or if the paparazzi will follow him and his family the next day. While we agree about these being 1 percent problems, we also agree on something else. To whom much is given, much is expected.

“We all lose some sleep because we are trying to grow,” Tye reflects. “To those that want to get their career started, it may appear that I made it. To those of us that are in it, we know that we are constantly chasing our dreams and our goals. I don’t feel it(celebrity status) at all. Nothing has changed in my life. I don’t get harassed and don’t want that. I’m in the company of some greats, but I want to one day be one of the great. I’m hoping I am just at the tip of the iceberg. LA is funny. People know who you are and won’t say anything to you. Unless you’re like Will Smith, nobody really cares. (It’s funny, as he says this, a director friend of his walks up and calls him “The Superstar” and then jokingly tells me to stay as far away from this contagious guy as possible.They chat about getting out and running on the track nearby and working on a project that Tye caught wind of the friend working on. As Tye sits back down, he continues) I’m not recognized by name but they look at me and say “he looks like someone” they figure out about me later.” Clearly, we both fall out laughing. “I don’t want to be at the point that I can’t live my life. I have my long term goals. I don’t like to say many of them aloud because I feel that when you have a goal and you speak it there are always some naysayers out there that are quick to shoot you down. If I say I want 10 Oscars, they’ll say, ten…Denzel only has 3 and you ain’t no Denzel. My goals and dreams are between me and God. He knows and sometimes he gives me new ones. And sometimes goals are removed because they aren’t relevant anymore. It’s just a part of that maturation process.”