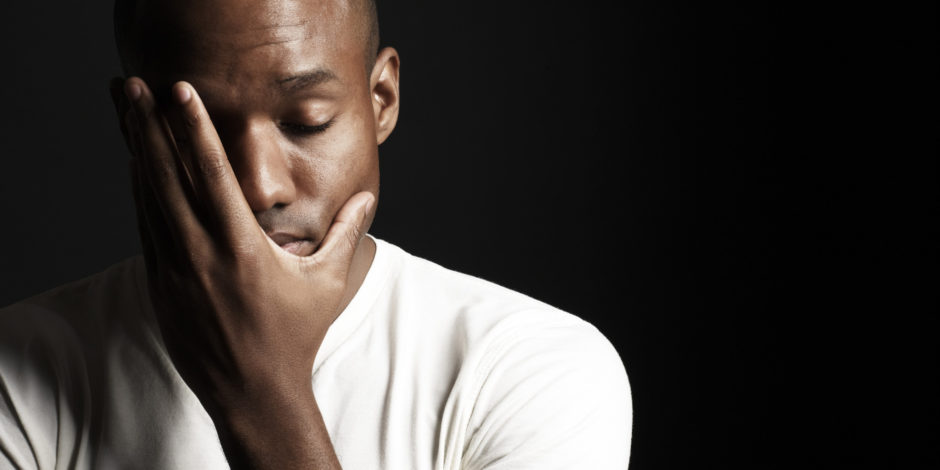 A Good Way of Dealing with Bad Feelings

Sooner or later it happens in the best of relationships: some little thing catches us off guard and rubs us the wrong way. Before we know it, we find ourselves flooded with inappropriate and, moreover, extremely unpleasant emotional tides. These moments are dangerous because frequently these emotional states of emergency lead us to say or do things we regret soon after. More often than not, we only realize it when we can’t take them back. In real life, words spoken, or deeds done can not be retracted with a simple ctrl-Z command. Of course, we can apologize, but in most cases, this move will only work the first or maximum the second time around. Yet how can we deal appropriately with these challenging emotional tides? And where do they come from?

When an experience is emotionally overwhelming, we need the support of other people to cope with it. As children, we instinctively looked for this support: we fled into mommy’s arm, or hide in daddy’s lap when the other kids were being mean, our pet died or some other terrible thing had happened. If things went well, this was a place where we could have a good cry or let off some steam and soon enough everything was back in place.

When their caretakers are available to them in this way, kids are able to process challenging experiences. They are still painful and might still be sad when they think back to them later on, yet they are no longer emotionally overwhelming.

When this kind of loving attention is missing, the experience goes into our emotional backpack, where it then waits for an opportunity to discharge. In theory, this is a good thing because if we carry emotional baggage around with us for too long, sooner or later we become sick, unhappy or both. Unfortunately, these stored feelings tend to discharge in ways that are strong and frequently also hurtful — usually with exactly the people we love the most. What should be an emotional cleanse can lead to serious problems in our relationships if we don’t find a better way to deal with it.

Feeling or Emotion: a Small Distinction Makes a Big Difference

An important key to dealing with these emotional hotspots is the distinction between feelings and emotions. Frequently used synonymously, I consciously use these terms to differentiate two very different emotional phenomena. I use the term emotion, as mentioned above, to denote emotional baggage: feelings which were so overwhelming in the past that we were unable to cope with them by ourselves and which then suddenly flood us in situations which remind us — more or less — of the original situations passed.

The term feelings, in contrast, I use for those sensations which arise directly out of the moment. In contrast to an emotion, they have nothing to do with a past experience, yet are caused by my interpretation of a situation.

Example: I have a date with my partner and he runs late, without letting me know what’s going on.

It could upset me because I think that’s wrong. I want him to let me know when he is running late. If my being upset is genuine anger, without any trace of emotion, then I will have just the right dose of it, as is appropriate to the situation. In this case, it means that I get upset enough to call my partner and ask him, what’s going on. It does not, however, mean that it will spoil the rest of my evening, that I will tell my partner off or that I will sulk. I will simply clarify the situation and that is exactly what anger, in a positive sense, is intended for.

If, however, I have an emotional charge in my backpack related to the subject of him being late, the story will turn out quite differently. The intensity of emotions triggered will often lead to an inability to deal appropriately with the situation. This intensity can discharge itself in a tantrum but it doesn’t have to. It can just as well be that we suddenly feel numb, depressed, worthless or somehow suddenly altered in another way. Bottom line is: we will be challenged to deal with the situation appropriately. 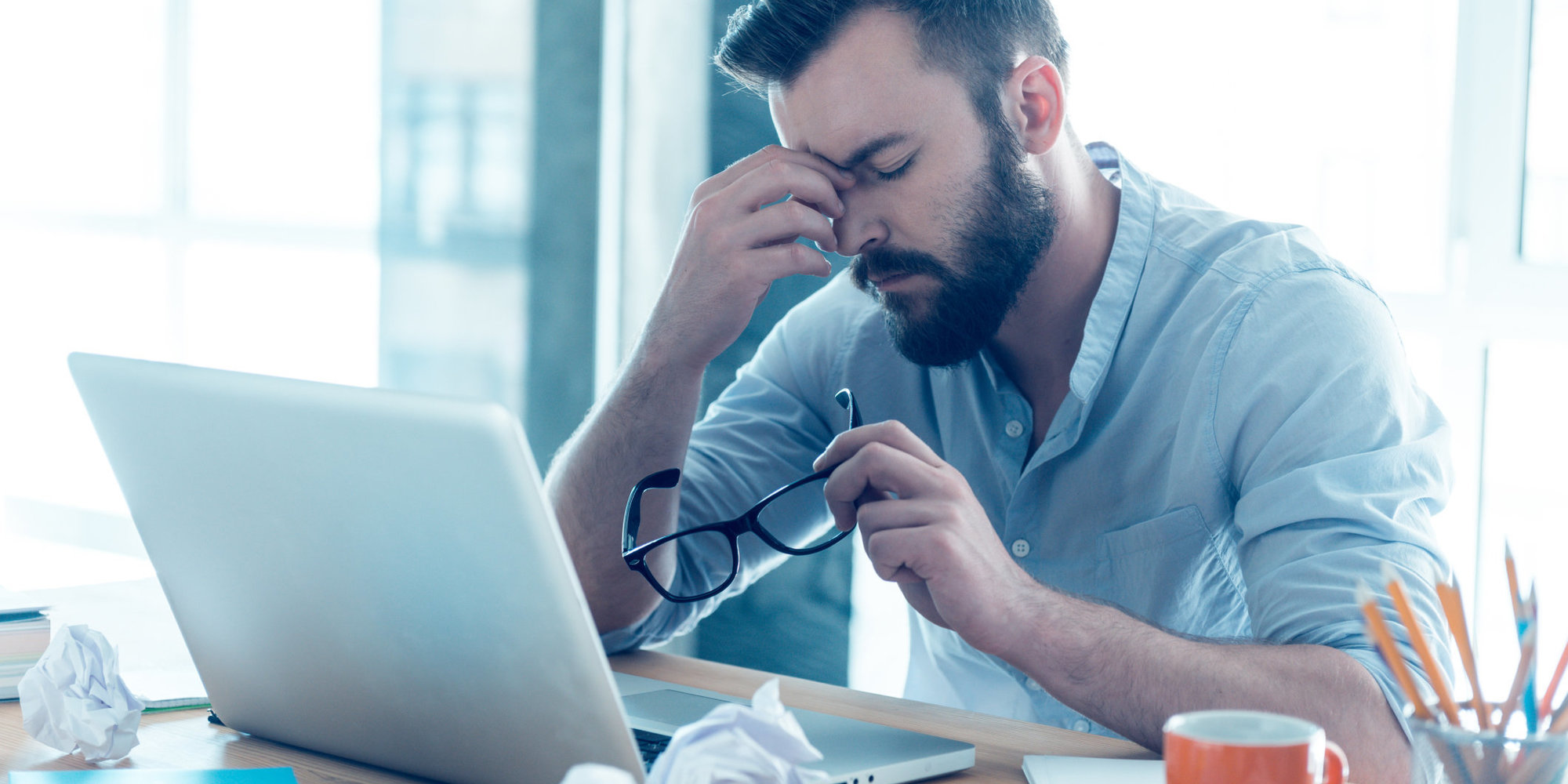 Another important key to dealing appropriately with these situations is learning to discharge consciously. This is about developing strategies which do not abuse our partner as an emotional trash bin but instead create a safe and healthy framework for disposing of our emotional waste. Women often do this intuitively, without really being aware of what they are doing. They do exactly what I also do today when I am emotionally activated: they call their best friend and talk the whole thing over to get it off their chest.

If it is a good best friend, she will not confirm our exaggerated accusations. Instead, she will just lovingly lend us an ear, just the way our parents did when we were kids. After no more than five minutes — ok, maybe sometimes ten when the charge was particularly big — I come to my senses once again and things are back in perspective. After this, I am again able to see my partner for who he really is: a good man, who occasionally runs late but really has the best of intentions with me.

After this kind of release, during which I will often say all sorts of things I don’t really mean, I am able to see my own needs clearly and can communicate clearly and calmly to my partner. I have discharged consciously. My girlfriend knows, that I didn’t really mean everything I said, but just had to get it out of my system. Maybe my partner would have also known, yet for him it would be much harder to not take it personally if I say things, that are really not fair.

A lack of awareness in how we deal with emotional charges can be extremely dangerous for our relationships and many couples inadvertently jeopardize their relationship by failing to distinguish feelings and emotions. It is natural for those closest to us to trigger our biggest emotional charges. That’s why it’s important to deal with them consciously.

A failure to do so most likely results in mutual emotional activations. Sooner or later, the whole field of our relationship is poisoned or mined even, turning even the most seemingly harmless conversations into veritable minefields. Left unchecked, the final stop in this journey is a painful breakup, often leaving both partners bewildered as to what really happened.

In many cases, people still notice it years later when they happen to come in contact with an ex where emotional charges played an unhealthy role. Even the smallest contact can trigger strong emotional waves, demanding an opportunity to discharge.

To each his own

Regardless of whether it is an ex, my current partner, my boss or my child who triggers a spontaneous explosion — the charge is mine. In order to deal with it constructively, it is inevitable that I take responsibility for it — and that I leave the responsibility for the charges of other people, which I happen to trigger, with them. Both can be really difficult in practice, initially, it might even seem downright impossible. Yet, it really is a matter of practice: each time I succeed in dealing with a charge responsibly, it becomes a little easier until it actually becomes normal.

When this happens, we have passed an important milestone of emotional maturity. Now we can even confront each other with really strong emotional charges without it being a problem. On the contrary! When both partners have learned what these emotional tsunamis are about and how we can deal with them appropriately, these situations actually become an opportunity for a deeper level of true contact and intimacy. We can be vulnerable with each other, showing our weaknesses, rough spots and edgy parts. And we know, that we all need support sometimes to cope with certain situations.