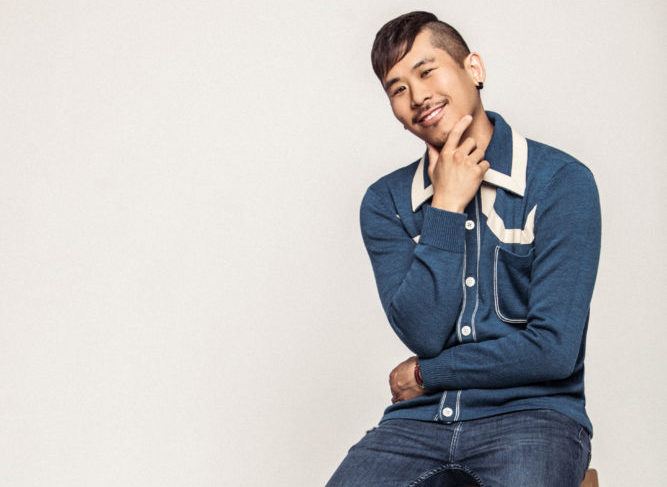 Making his unbelievable transition from one of the most sought-after crew dancers to leading man in Netflix’s highly anticipated series “Wu Assassins” (out August 2019), multi-faceted actor, musician, and dancer Lawrence Kao is set to take over the industry in 2019.

Netflix’s “Wu Assassins” is an action-packed, martial arts, and crime drama set in San Francisco’s Chinatown and tells the story of a young chef who discovers that he is the last Wu Assassin, chosen to round up the powers of an ancient triad and take down supernatural assassins to restore balance once again. Centering around a group of childhood friends, Lawrence portrays ‘Tommy Wah,’ the black sheep of the group with a drug addiction who is seeking redemption. He was also passed over by his parents in favor of his younger sister to run the family business. “Wu Assassins” also stars Katheryn Winnick (History Channel’s “Vikings”), Iko Uwais (STAR WARS: THE FORCE AWAKENS), Byron Mann (Netflix’s “Altered Carbon”) and Tommy Flanagan (FX’s “Sons of Anarchy”).

A Southern California native, Lawrence discovered his love of the arts at a young age when he began playing the piano and saxophone. Lawrence soon became interested in acting as he began performing improv sketches and theater in high school, eventually landing the role as ‘Lysander’ in his school’s production of A Midsummer Night’s Dream. After landing this big role, he knew acting was his true passion. On the day of the opening night of the play, Lawrence was falsely accused and arrested for attempted murder. Lawrence was forced to spend a week in jail and was potentially facing the maximum sentence of life in prison because of an eyewitness who wrongfully placed him at the scene of the crime. After facing the uncertainty of his future and with time to reflect on what truly mattered to him, Lawrence knew that once he made it out of that situation, he would fully pursue his love for acting. Lawrence eventually was released just in time to be able to successfully perform on the closing night of the play.

Following graduation, he went on to continue his education in theater and performance at UC Irvine. Although his true passion is acting, Lawrence decided he had a liking for dance and auditioned for the Kaba Modern dance group at UC Irvine and quickly realized his natural talents as a dancer. Once he graduated from UCI, Lawrence continued his work as a dancer, booking gigs throughout the US as well as internationally and eventually competed on MTV’s “America’s Best Dance Crew” coming in at 3rd place, right before Status Quo and Jabbawockeez.   After ABDC, Lawrence shifted his priorities towards his original love and passion for theater and began auditioning for television and film roles. Lawrence’s impressive resume includes recurring roles and story arcs on AMC’s “The Walking Dead,” the CW’s “The Originals,” TNT’s “Franklin & Bash,” CBS’ “Hawaii Five 0,” and MAX STEEL, to name a few.

When Lawrence isn’t busy in front of the camera or on stage performing classic theater pieces, he can be found with a camera in his hand as he is an avid photographer. He also continues to dance on the side with the renowned dance group, The Kinjaz, who currently have their own studios in Los Angeles and China and perform at some of the largest dance competitions around the world. Lawrence also helps support his friend’s non-profit Eayikes, an educationally-driven organization which commits to assisting young people to become the greatest version of themselves and to empower youth to create positive change for themselves and the world around them. He also is a fierce advocate for animals and is currently raising two dogs of his own with his long-time girlfriend.  Lawrence also likes to keep fit by dancing, hiking, running marathons, and weight training.