The Anatomy of Hate-A Dialogue of Hope

In this world, hate never yet dispelled hate.  Only love dispels hate.  This is the law.  Ancient and inexhaustible, you too shall pass away.  Knowing this, how can you quarrel?—Buddha

We use the word ‘hate’ almost as much as any other word within our daily vocabulary and the actions associated with this word has been most prevalent within the recent month amongst our communities and the nation in a whole after the death of Trayvon Martin.  We witnessed it in the overthrowing of governments in the Middle East, the massacre in the Afghanistan village, the racially motivated murder and shootings of the five African Americans in Oklahoma, and the senseless loss of lives to violence everyday on the streets of our cities.  Hatred.  The word itself is harsh.  Two syllables depending upon the tone when said can be harsh, intense, demeaning and hostile.  The word ‘Hate’ attracted me to the screening of: The Anatomy of Hate-A Dialogue of Hope.  This documentary would have me transfixed for its duration.  It would be the filmmaker, and photographer of this documentary that would not only peak my curiosity, but also request an interview so that I may share his thoughts and work.  In a time when we are openly witnessing “hatred” on so many levels, SUAVV decided not do an article, but a series allowing Michael Ramsdell to take us along his journey of understanding The Anatomy of Hate and challenge us to utilize A Dialogue of Hope.

SUAVV:   With the world as your subject for filmmaking, why explore the topic of hate?

M.R.:  As with most of us, I grew up in the period between Vietnam and 9/11, which was a peaceful time in American history and discourse was about the mistakes we have made in the past.  We discussed the mistakes we made in Vietnam as well as the way we behaved during the World War II against the Japanese, it seemed that we had accepted and learned our lessons.  However, as soon as 9/11 occurred, I heard the spouting of the same rhetoric as the past…the ‘us versus them’, the ‘demonizing of the enemy’ and ‘a call to arms to wipe them off the face of the earth’. This was from intelligent people I knew.  Displayed was the language of ‘an eye for an eye’ and all of the passionate rhetoric that comes with fear.  Don’t get me wrong, I am a candid believer that you have the duty to protect your country and the people in it, but there were no rational speaking or intelligence of how to deter the threat, just talk of elimination.  I thought if these people were as passionate and as intelligent as I believed them to be, then how did this mechanism all of a sudden turned on in them?  That was the catalyst to explore hate.

SUAVV:  I see that you explored hatred from all venues of life.  Us versus them, hatred amongst religious differences, sexual orientations and racial differences to name a few, how did you go from 9/11 to exploring hatred in that depth?

M.R.:   I did not look at hatred as a border, I looked at hatred as a human issue and that is the work of our time.  I stopped looking at this through a vacuum or paradigms and capsules of how do human beings do this.  There is a great story told to me.  There was a gentleman, and I don’t remember his name, he was U.S. military and he was there when they freed Auschwitz and some of the concentration camps.  He was so disturbed and horrified at what he had seen, that he said he wanted to dedicate his life to understanding how they could have done this.  After fifty years; and of course being much older; he realized that he had formed the question wrong!  It was no longer ‘How could they do this?’ it was ‘How could we (human beings) do this?’  Therefore, to say that I went over and beyond or in depth to find the answer to hate, I knew if I were to tell the story and tell it right, I needed to understand.  What you saw in the film was what it took for ME to understand and to move past the isolated incidents and MY stereotyping of those that are the haters to find that the outlets for them were no different from anyone else.  Some are socially accepted, some are not, but we need to understand these mechanisms if we are to move past them. 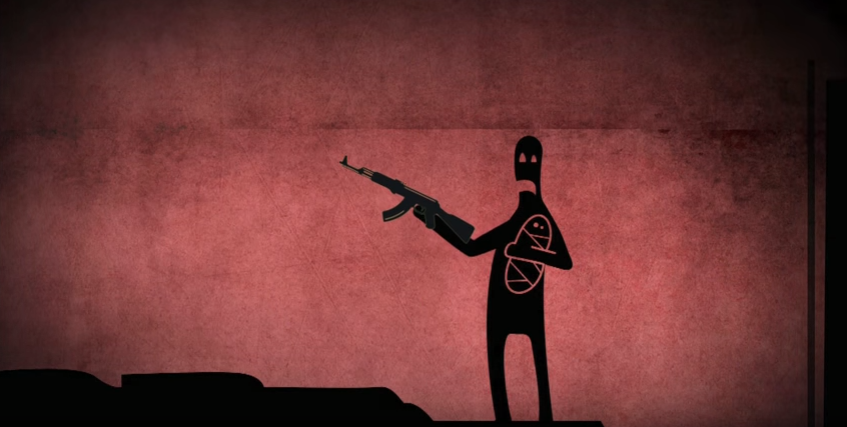 SUAVV:  Humans have a projection of what hate is; explain the theory behind that.

M.R.:  Being a human being is scary. We have our own weaknesses, physical and psychological. Karl Jung’s theory, and one I agree with, is that we give these unconscious fears form, by projecting them onto others. By giving these fears a tangible form, they are no longer “unknown”.  We can see them, smell them and most importantly kill them.  And in doing such, we re-affirm our power and alleviate our fear.  At least we believe we do, until we begin projecting those fears on the next “Evil doers”. Hate is not just because of ignorance it is a useful outlet for these unconscious aspects of us.  It is our own psychological darkness.  If you sit alone in total darkness, your mind is going to go to all of the scary places and things inherent in us.  That is why I argue that the two most important things we can do are: 1) Do the work ourselves by getting in touch with our weakness and fears, bring them to the conscious and deal with them in a rational way and 2) We can introduce a dialogue with as many people as possible. Once your “fear” becomes a ‘person’ to you, whether you like them or dislike them, agree or disagree, it becomes impossible that you can project your shadow onto them.  They are now a human being and can no longer become your stereotype.  Incorporating those two very specific actions, with those who you stereotyped or whom you might have feared does not mean that the world will suddenly sit around singing Kum-Ba-Yah, but it does mean that we will dissipate the fears and we will not have the stereotypes that we can project our ‘absolute’ worst capabilities on.

SUAVV: Well, the film definitely made me check myself!  When you created this project, I am sure that you entered as one person and emerged as another!  I was just a viewer amongst others for a few hours in a theater and not traveling the around world behind the lens interviewing and interacting with Klansman, murderers, religious sect haters, homophobes, Israelis, Palestinians, U.S. military, the Afghanistan’s, as well as your own ego and I left there ashamed of some of my own personal projections. Tell our readers about the interviewees and the ability to do this project without judgment.

M.R.: Without a question… and I appreciate the compliment, and you are absolutely correct. That was my ‘archy’. The experience you had viewing the film is what I see as ‘getting behind the ‘bogeyman’’ and that is what this film afforded me the opportunity to do as well.  Discovering our weaknesses and putting a face to them.  Even though I would have told you that before making the film that although I disagree with the people and their need to be understood and blah, blah, blah, I did not own those words.  There was a point that I had not made contact with all of that experience yet. Then there came a time during the filming that suddenly those that I was filming were NOT my subject of haters, they were NOT the haters of my film, they WERE the people I was trying to film. I saw in me what makes them work, and I saw in them what makes me work. Suddenly there was that connection, not that I use racial differences to spouse my ideology, but we all have egos, insecurities, and fears.  When we allow them to all run unchecked then that is what comes of it and it does not have to be that extreme.  This is where we need to be careful.  It doesn’t have to be the extreme that you are suddenly a member of the Klan and you become a hater.  That is what makes it such an issue with the example of hate crimes.  Why if I shoot somebody because of the color of their skin does it make it that much worse than if I shoot someone because they made me mad for bumping into my car or whatever?  I shot and killed you, unless I was defending myself, it is what it is. At that moment, I decided I was going to take your life. I don’t know if that is hate or what, but the results are the same across the board.  For example, Billy Roper in the film is a racist.  The Klan is what he does and the way he gets his ego compensating for his insecurities and weaknesses.  The other day on the expressway there was a truck in front of me in the left lane going sixty miles per hour.  I said this person is a professional driver blocking traffic.  Obviously, I did not wish any harm to the individual, but it certainly riled me up, got me angry and it was me vs him.  I had to look at that, he made me feel as though I was not in control, that triggered my insecurities about not being in control and I wanted to posture up to make sure that he knew I was in control. I yelled out the window, honked my horn and gave him the finger.  It is that same mechanism and I have to recognize that in myself just as much as I had to recognize this in Billy Roper if we are going to move past this.  This is what making the film did.  Once I understood what makes these things happen, then I could not deny that they happen in me and every human being I have ever met, therefore, it is not an issue for other people to have to deal with. It is a human issue that must be dealt with on a day-to-day basis…..

Check out the new article with our friend and @own

Good Morning, Fam! Let’s get back to business.