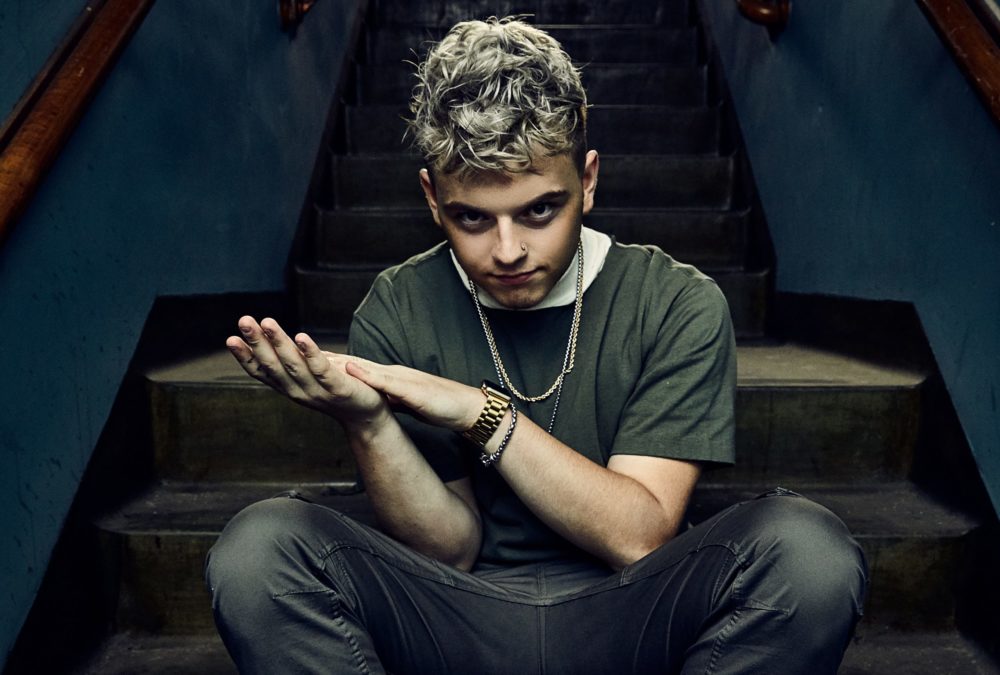 Austin Kassabian, more notably known as AK, is a hip-hop artist and producer hailing from the Garden State, who has cemented his place in the music industry with his remixed freestyle covers of some of the most massive hip-hop songs today such as Desiigner’s “Panda,” Lil Pump’s “Gucci Gang,” Cardi B’s “Bodak Yellow,” all racking up millions of views on YouTube. The South Brunswick artist has gained over 1.5-million subscribers on YouTube with over 100-million video views, and a massive 500,000 monthly Spotify listeners, all at the young age of 20-years-old.

Branching out from his cover songs, AK has been focusing more on his own music with his first fully self-produced single “Ignorance Is Bliss” released in June 2019. Brushing up against such similar artists like Post Malone and Logic, AK is only just getting started and shows incredible potential with his charismatic and confident flow. With the release of his first EP, On Me, streaming everywhere April 2020, we were able to have a chat with the man behind the music to talk about his musical upbringing, how he deals with his newfound fame, and the concept revolving his EP, On Me.

When did you begin rapping and how did that get started?

Well, the very, very beginning I was writing poetry in like 7th or 8th grade. I was just writing down the emotions that I felt. When I was in 9th grade, my brother and his friends would make music, and I always had the idea that was sick. They would make music more so as like a fun hobby; they never took it seriously. They were just kinda making fun songs for their friends at school and stuff. And my brother, I would always ask him, “Yo, when can I hop on a song?” And he was like, “You gotta prove yourself first.” Because I was the annoying younger brother, he’s 6 years older than me. So they didn’t want me around with all the older kids.

So he left to go visit one of his friends in college in Rhode Island; we’re from Jersey. So back home in Jersey, he left the microphone and laptop that he and all of his friends would record with at the house. So I went into his room, took the microphone and the laptop into my room and tried my best to put something together before he had gotten home and before he could yell at me. And that was where it all started. When I played him what I did when he came back, he was kinda taken back by it. He was like “Wow, you actually have something here.” And then from that point forward, it was kinda towards the end of their phase of doing that, so the microphone and laptop were always at my fingertips. So I just kept going back to it.

AK’s new EP On Me is available to stream everywhere including hit songs such as “Closed Off” and “Uncomfortably High.” To keep up with his musical journey, follow AK on:

Look out for AK’s full interview in the June Issue of SUAVV.