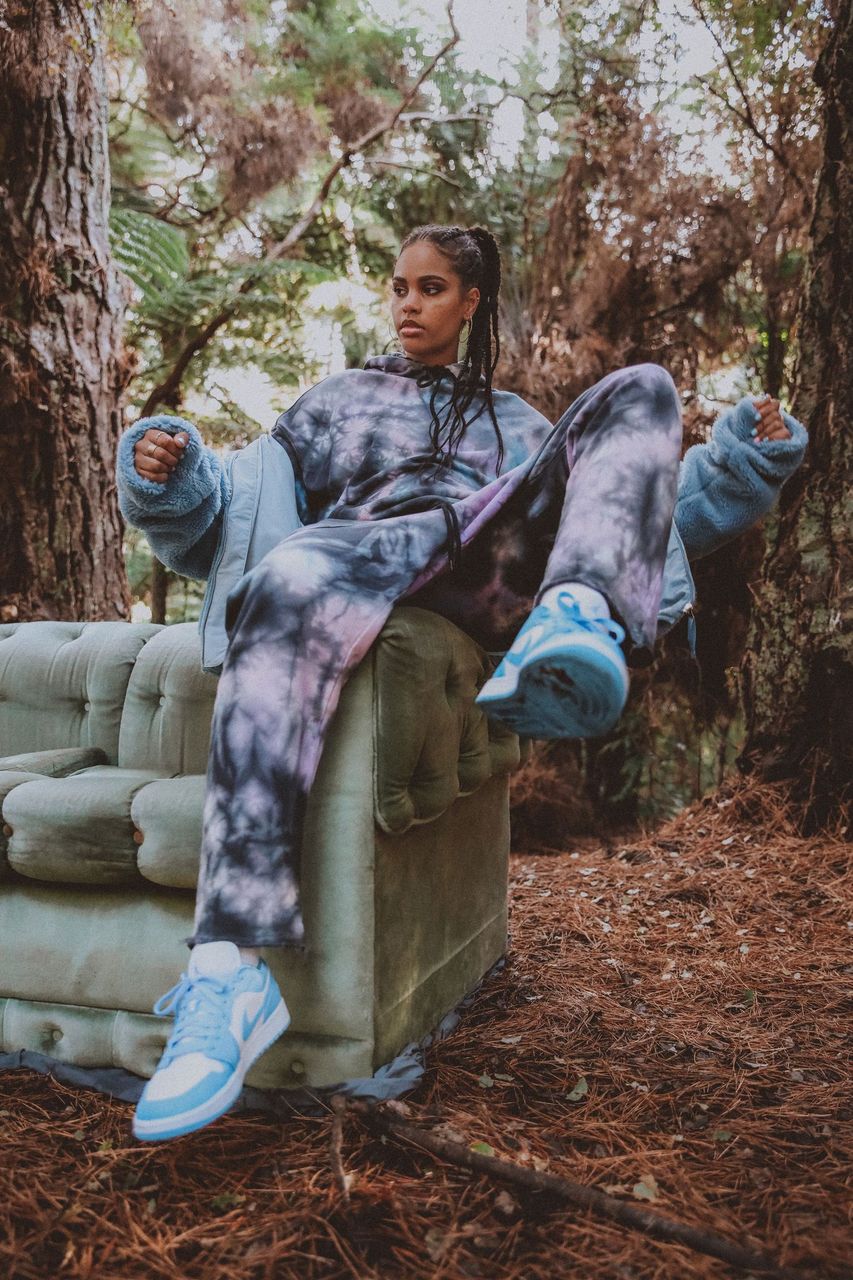 “Bullseye” opens 3 Nights In Amsterdam with plucked notes laid over a sped-up Afro-Trap-style rhythm in an instantly memorable hook. “Do your dance, if you know you something”, is the invitational line from JessB between fast-paced and fiery verses. Today’s visual accompaniment, conceived by directing duo Connie Cash (Shaquille Wasasala and Paloma Schneideman), matches the song with unbridled energy and mystique. We see JessB sprinting at pace through a sparse forest, tall spindly trees surrounding her. Strong and stoic, JessB suggests she’s running with intent to find someone or something, to which one can only view the cinematically impressive video to find out.

On the making of the video, JessB shares: “This music video was conceptualized by myself and Connie Cash, who are a directing duo comprised of two of my good friends Shaquille Wasasala, aka Half Queen (my DJ) and Paloma Schneideman. It was a huge team effort to pull the shoot day together with a small budget, and we think we did a great job of creating a high energy music video to match the song, but with an unusual or unexpected angle compared to what might have been expected.”

As one of New Zealand’s brightest exports, JessB’s 3 Nights In Amsterdam has propelled her rising status even higher. Mastering new sonic landscapes and styles, pulling from dancehall, reggaeton, garage, and electronic influences amid her trademark sass-leaning rhymes and hip-hop flavor, the six-track collection has become a deluxe demonstration of rap and unwavering energy. Earning adoration from radio and tastemakers alike, JessB’s infectious fierceness and inclusive verses are unrivaled, her hype-inducing confidence akin to a contemporary Missy Elliot.

In an already packed 2020, JessB shared mixtape track “Pon It” with a livestream debut on London’s NTS Radio 24-hour on-air festival, following a spot in Triple J’s Hottest 100 countdown for her feature on Baker Boy’s NIMA award-winning single and video “Meditjin” and an appearance on Triple J’s Like A Version for G Flip’s rendition of “Lady Marmalade.”

The auspicious rapper was the first female MC to appear on Red Bull 64 Bars in 2017, and has since cultivated her sound across stages in London, Amsterdam, LA, New York, and Australia with performances at Venice Biennale, Red Bull Music Festival, Splendour in the Grass, Laneway Festival and Fire Fight Australia, alongside Baker Boy. JessB has taken home the 2019 MTV Europe Music Award for Best New Zealand Act, garnered strong support from Spotify’s global A1 Hip-Hop playlist to then perform at the flagship Spotify A1 Live event, all the while releasing two acclaimed EPs, New Views and Bloom. Most recently, she has featured on “Flying” as part of NZ rap collective BLKCITY, and had her thrilling Triple J Bars of Steel performance go live on Apple Music.

Today, JessB’s journey continues with an awe-inspiring visual for “Bullseye” that accelerates the intoxicating swagger and confidence she displays on and off-screen, in all she creates. A deluxe demonstration of rap and unwavering energy, both “Bullseye” and 3 Nights In Amsterdam exude hype and are just as suited to a dance floor, as it is on stage.