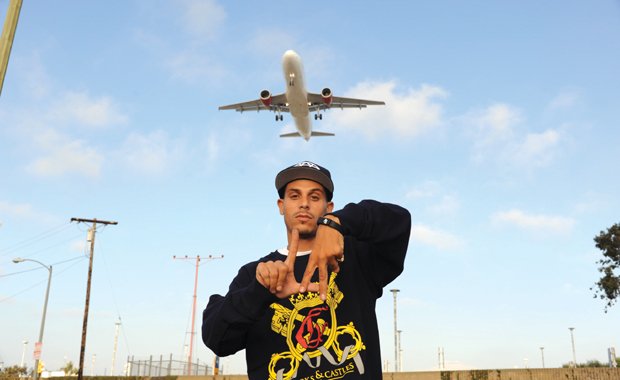 Critically acclaimed L.A. rapper, producer, and one-third of the legendary Dilated Peoples, Evidence, delivers the music video for his latest single “Bad Publicity” [feat. Krondon and produced by Nottz]. Evidence takes the viewer on a tour of famous LA landmarks and freeways in the visual, directed by Todd Angkasuwan.
“Bad Publicity” is Evidence’s fifth video release from his third full-length solo album, Weather Or Not—out now via Rhymesayers Entertainment. Impressively, it bowed in the Top 10 of the Billboard Top Independent albums chart and earned acclaim from HipHopDx and Pitchfork who claimed, “As his latest solo LP shows, the raw, twisted style he’s always favored still feels fresh in 2018.”
Get it HERE.
Catch Evidence on tour and at Soundset on May 27. Check out dates and get tickets HERE.
Share
Facebook Twitter Pinterest Linkedin