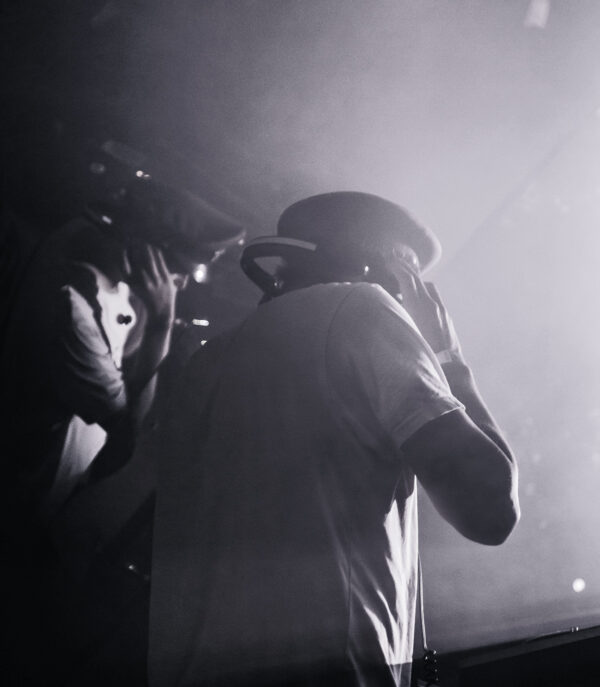 Upon being introduced to the Noble Savage, my friend described the duo to me. Saying that they were two DJs that had unique sets, they were doing one or two virtual sets during this time didn’t impress me too much. Many DJs and artists have been holding virtual shows and most DJs believe that they are incredibly different then the others. There is a generality within the DJ realm.

Many DJ sets that I have listened to throughout this quarantine were exactly what I had expected. Riffs from techno bands or house music. Songs were replayed, the sample tracks were subpar at best. DJs giving shout outs to their fans or people that they knew were listening. When listening to Funky Sole (an LA soul show), the transition between records even had a techno flare. Listening to the virtual shows became boring and I often resorted to skipping out on shows. When someone is a DJ, you almost always expect techno to be played in their sets and for them to have some sort of lighting effect. They performed virtually at a local Chicago bar that was empty. When the show began, I was convinced that I had clicked on the wrong link or that I wasn’t on the right site. These two DJs were going through bins and bins of 45s that they had collected throughout the United States.

Living in a refurbished bus that has a turntable and room for their vinyl collection, they travel throughout the United States performing at small venues and outside their bus. Sleeping in hammocks, they travel the states. What is the appeal of two DJs living in a bus with a bunch of old records? It’s simply this: their sets are unlike anything anyone has ever heard. They don’t touch sound effects, lighting cues, and definitely stay away from techno.

Instead of doing shout outs during performances, they made signs and posted them around the room they were in. Busting out 45 after 45 it was impossible not to be amazed by the talent of these two men. They moved from Albert Washington to Rick James. Their sets were based around anything from blues, funk, soul, early disco, and beyond. When listening to their sets, I immediately reached for a blank piece of paper and a pen to write down their set. Not mentioning their samples or showing the records they were playing it seemed impossible to find the songs they were playing. I scrambled and began writing lyrics of the songs that they were playing. Their sound was so unique and they dared play what no other DJ has played in a long time. Putting these genres together so flawlessly seemed effortless to them.

Noble Savage. Two men, living in a bus, exploring the United States, and giving life to music. Putting the artificial techno sound on the backburner and realizing that you don’t need lighting fixtures, shoutouts, or multiple soundboards to truly touch an audience