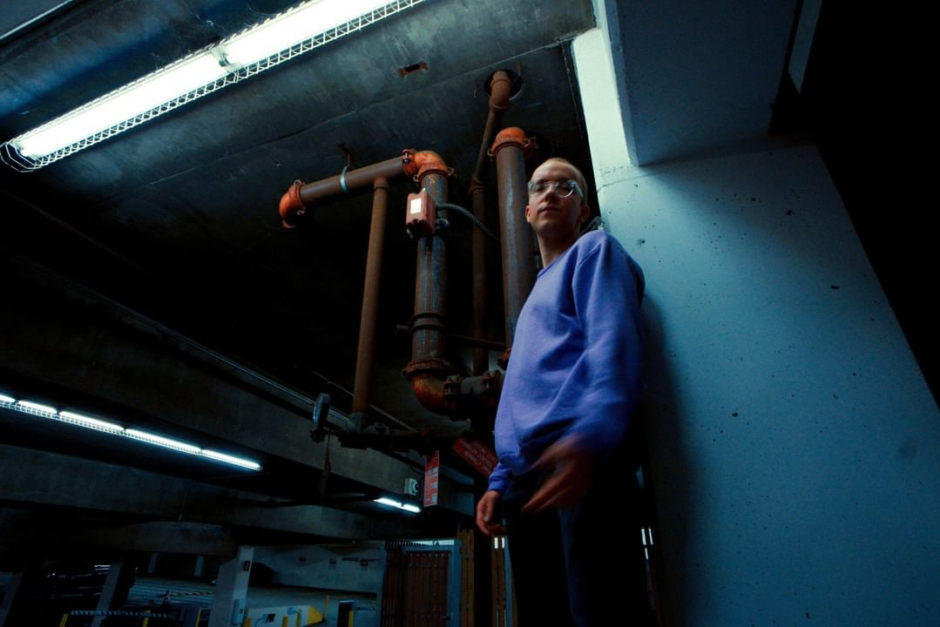 The artist formerly known as Froyo Ma pivoted from being a chill-instrumental beatmaker on SoundCloud to the quirky, off-beat pop solo artist releasing music under his government name. Zack Villere, originally from Louisiana but currently sun-kissed by the Los Angeles weather may be a name that you might not have heard of, but definitely should.

Despite having the Brockhampton stamp of approval and heavy-hitting Instagram followers such as Jonah Hill, Steve Lacy, and Rosalia, Zack Villere would most likely be considered to some as an underground artist.  However, to those that are fortunate to know of Zack’s music, dedicated would be an understatement to describe his fans. His music almost coincides with his online persona of borderline shitposting from his spur of the moment lower-cased thoughts on Twitter, to his chaotic and outrageously filtered selfies on Instagram.

To label Zack’s music with a single genre is almost a disservice to the listener because it blends and meshes to and fro a wide range of sounds and styles that makes it incredibly difficult to lock into just one genre. The simple answer is that it’s pop, but with a pinch of salt, vinegar, Sriracha, and brown sugar. Basically, it shouldn’t taste as good as it sounds.

After the release of his debut album Little World back in 2016 featuring the extremely popular and TikTok famous song “Cool,” Villere gained some traction in what would be the start to a promising music career. Landing a couple of festival gigs and gaining a bit more of a following, it was still a mystery as to how Villere would further develop as an artist after his first album. Up until last year, Villere only released a couple of one-off singles such as “Super” and “Leaf,” both of which were not linked to any significantly larger body of work. But in October 2019, Villere released quite possibly the best music video of the year for his song “Sore Throat.” Filled with softly sung somber lyrics such as “when it feels like the end, I want you to hold me close” surrounded by plucking guitars almost sounding as if played at a distance. Filled with both hope and doubt, “Sore Throat” was the introduction to what would be the album cycle for Villere’s second album, Cardboard City.

Landing a Valentine’s Day release date sandwiched in between such insignificant names like Justin Bieber and Tame Impala, Zack Villere’s second album Cardboard City hit the streaming airways on February 14th, 2020. And upon first look at the album art, it would be understandable as to why one might be confused as to what they are about to get into judging from the random clipart pasted everywhere and the blurry image of an open-armed Zack on a sidewalk. But if you can pass the initial hurdle of judging an album by its cover, then you will soon discover that Cardboard City is 34-minutes filled with sweet mumbly singing, narrative lyricism with themes ranging from skeptical optimism to self-doubt, all accompanied by chaotically playful production.

The album starts out with the luscious and glossy sounding “Superhero Strength” which includes a delicate reverbed piano and warbly synths. Zack’s deep vocals go on a few runs throughout the track, and although Zack isn’t exactly the greatest vocalist, the emotion emitted through his singing comes off as sincere. The next track “Grateful” is a sweet love song with lyrics like “now that you’re beside me, I am beside myself.” The production on this one contains some handclaps and plucking orchestral strings that contrast each other but work harmoniously well together. Just from the first two songs alone, it’s evident that Zack tends to layer his songs with odd blips and bloops creating a rich and intricate experience that is almost nonexistent in other areas of pop music.

Moving on, we get a little bit of a detour with the track “My Hero!!” which is a skit about a kid in the midst of a mugging, and the final moment a hero comes to his rescue. “Hair Cut” seems to follow this theme of asking “do I still cross your mind?” similar to the line on the first track asking, “do I know what you’re thinking?” “Sore Throat” does not overstay its welcome standing at a cool 2:01 in length, but even in such a small amount of time, it packs an incredibly powerful punch layered with Zack’s deep vocal melodies and an infectiously sharp guitar tone prominent towards the latter half of the track.

I’m not going to go in-depth with every song on Cardboard City because I’m not Fantano, but some of the highlights for me are stationed at the tail-end of the album. “Rope Swing” featuring Dijon is, in short, a perfect song. The lyrics reminisce of a time of being afraid of jumping from a rope swing into a body of water and eventually overcoming this fear. And although it seems like such a simple concept, the instrumental surrounding this track is *chef kiss* beautiful, layered to the brim with quirky synths and the catchiest vocal melodies on the entire album. “Tunnel,” originally titled “Hang Tight,” is another piano-driven ballad articulating the theme of “being alright in the end.” Again, there’s something about Zack’s vocals that seem so sincere and honest that I have no other choice but to believe him when he sings to me “hang tight for a minute.”

Overall, I really enjoyed this album. Cardboard City feels like Zack is finally coming into his own and becoming the artist everyone should see him as. Cardboard City shows a lot of growth from Little World with sleeker production, more intricate instrumentals, intriguing song structures, and riskier vocal performances. Obviously, Zack is no Katy Perry, but he is not afraid to flex what vocal chops he has and comfort the listener with gentle forehead kisses through his singing. As a long-time fan of Zack, I’m very proud of what he was able to accomplish with Cardboard City and I know for a fact that he will only get better and prove to the rest of the world that he is the real deal. I’m giving Cardboard City 8 oddly placed cellphone clipart pictures out of 10.