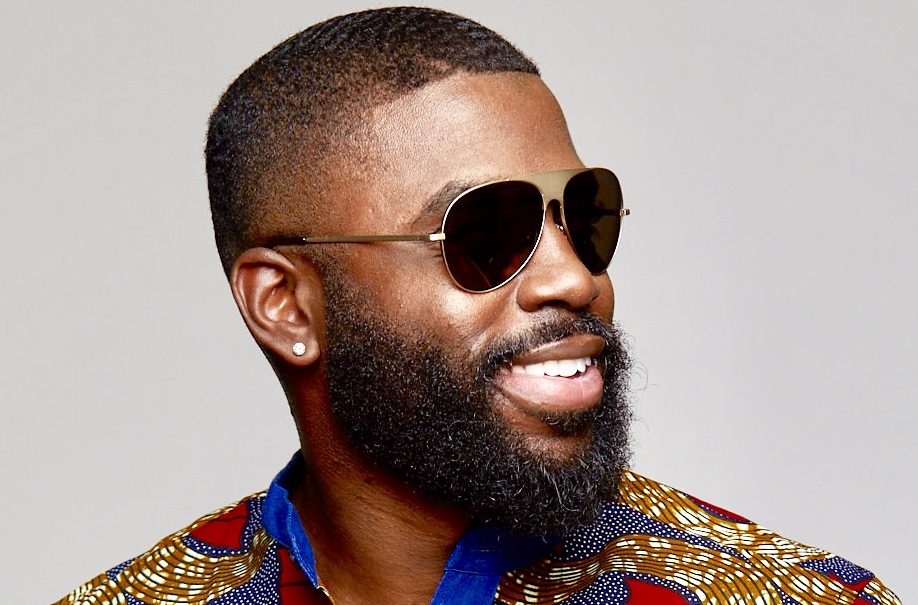 A Philadelphia native, Dionne Ellison, found herself a part of the fashion industry by complete happenstance. One day while sitting at work browsing photos of a photographer who magnified insects, her inspiration was sparked. She saw beautiful eyes from some of the most ignored organisms on the planet. Knowing absolutely nothing about the fashion accessories industry, beyond being a consumer, Dionne wanted to create a line of sunglasses emulating the bugs’ eyes.

“I was dumbfounded,” Dionne laughs. “Who knew that horseflies, which we swat at all of the time, had the most beautiful color eyes? I started googling and looking at other insects to see what their eyes were like. It’s a range from horseflies, dragonflies, beetles, and ants. It was amazing. The first thing that came to mind was, wow, this would make a fly pair of sunglasses (no pun intended). I slept on it then ran it by my sister and my best friend. Their response was, ‘Ewww, the bug is ugly,’ (laughing). I’m like, I know, but get past that for one second and just look at the color and pattern. Then I heard, ‘wow, you know, you’re right.’ And I had no clue. I mean, absolutely no clue what the eyewear business was like or even where to start. But Google’s a wonderful thing.”

For Dionne, the cheaper option of precut and predesigned frames from the typical China-based company wasn’t an option. When narrowing down the frame style and lens design, she decided that she would go in the direction of making her aviator-style frames unique by closing the bridge and placing a solid focus on the lens making the frames just as recognizable. Creating a unique frame would push her price point a bit, however, she understood that quality was the most important aspect of this venture. Dionne sourced a manufacturer in Italy and the pieces of her dream began to fall in place. She began working on the business plan and had her artist sister sketch up the design concept that was in her head.

While style is important, functionality and purpose are just as relevant for Dionne. Her research led her to find that 30% of glaucoma patients comes from UV ray damage. Therefore, she made sure that her lenses would be fully polarized as well as stylish. Dionne decided to name her line Vuliwear pronounced (vooh-lee). She wanted to make sure that there was some type of inspirational message behind the name. VULI means shade and autumn in Swahili. It was catchy, it was one syllable, and easy to remember. She was happy.

As with many businesses, the biggest initial obstacle came from financial investment.  To her surprise, that would work itself out by doing something that she wasn’t supposed to… working on leaving her job, while being at work.

“I’m at work sitting at my desk looking through all of this information and I happened to have one of the bug pictures on the screen. My boss at the time was walking past and asked, what are you doing? We had a great relationship, so I was honest and said “I’m actually working on something. Do you want to see?” He’s said sure. We sat down, and I showed him the business plan. He was excited to read it but wanted me to explain the line to him. By the time I was done he said ‘so what do you need to get this thing started?’ I laughed and said, “Well, money. At the end of the day, we’ve got to get some prototypes made, you know, get some inventory. I’m working at getting my website done, et cetera, et cetera.” So he said, let’s do some financials and put the numbers together. He was my first investor.  That was enough for me to start getting inventory. He told another coworker that I know and worked with, he also invested. Both of them talked to another coworker and she invested. I was able to get three investors to invest in me.”

Dionne was able to get her Vuliwear off of paper and into fruition because she was consistent, efficient, and open to sharing her dream with someone whom she had no inclination would become a business partner. This is why it’s extremely important to have integrity. Dionne learned the lesson that many of us entrepreneurs have… in many cases, your immediate circle will not always be your support system. Your biggest supporters and clientele will come from people you don’t know, don’t look like you, and may have different life experiences. To go a step further, when an entrepreneur really deals in the world of social media, business, and friendships, they may find that there is even less support from the familiar faces.

“You learn so much,” Dionne says with a laugh of shock and revelation. “It costs our friends absolutely nothing to share a post. My glasses may be out of your budget. You may not even like my glasses. I’m okay with that. You don’t want to buy them. You’d rather spend your money and/or more money on Gucci or whoever. I’m okay with that as well. That’s what this world about. It’s all about choices and opportunity and you’re free to make them. But, it costs you absolutely nothing to share a post. And people will make a conscious decision not to share a post before they make a decision to help you. It’s like I said, this entrepreneurship life is something.”

Being a one-woman show has its benefits for Dionne. She knows all aspects of marketing, shipping, design, styling, and publicity. When she is inspired, she is able to add new items to her line. After seeing her son carrying a tote, she asked him why he was suddenly traveling with the bag, and as most men will tell you, all of our necessities won’t fit in our pockets. That moment pushed a new item into development.

While men, in general, have always faced the stigma of not splurging on fashion, the trend of the industry has changed drastically over the last decade. Men are becoming an accessory purchasing power. We spend money on items that pull outfits together. Things like belts, shoes, hats, scarfs, sunglasses, and jewelry have become pivotal in our styling regimen. $36 billion over the next 4 years is the growth scale of the fashion accessories and bags growth industry. Vuliwear is not only stylish, durable, unique, and reasonably priced, but a line that has the ability to be in the mainstream market. Dionne’s challenge to accomplish that goal is very simple, she needs exposure.

“An influencer can be a wonderful thing, right?” Dionne says. “Because you can reach the world in an instant. But when it comes to the influencer title and promotion, where is the real value? Where’s the real return on investment from influencers? Sure, they have an audience, but if their audience just really likes them, thinks they’re cute, or likes their style, all the audience really does is like or comment on the post. “You look great.” “You look beautiful.” “That’s sharp.” “Oh, I love that.” Right? Are you influencing them enough to purchase? That’s the part, for me, that has not been tried and tested. It’s a necessary evil because they have the audience and in your mind, your whole goal, especially as a nuance or a new product or service, is to have access to reach the audience, right? Brand awareness. People need to know you exist. You will not get any sales if no one knows you exist. That’s the bottom line. Right? I’m still really trying to learn the whole social media thing.”

While still navigating the social media platform, Dionne made real progress when she had a stylist place Vuliwear shades on star rapper Future for the cover of Oyster Magazine, her appearance at the George Lopez Celebrity Golf Tournament, trade shows in Paris and Las Vegas, and her shades being featured by fashionista Raquel Riley Thomas on Good Day Fox and Good Morning DC. Continuing to gain ground, Dionne knew there was something important to do while promoting her bug-eyed influenced eyewear.

“I feel like there always needs to be or should be some type of philanthropy. Especially when you’re talking about fashion and accessories, right? This is something that we want to have, and definitely not a necessity. So, I thought it was appropriate that we give a portion of our proceeds to the organization Nothing But Net. They provide treated mosquito nets to families that are threatened by mosquitoes carrying malaria. Since we are promoting the bugs’ eyes, we have to still be aware that all bugs aren’t cool. All bugs aren’t pretty. And some of them are deadly. I felt like it was a really good organization and an ironic program to help give back to.”