2013 was a busy year. We lost the iconic president and anti-apartheid leader, Nelson Mandela, gained a royal baby from Prince William and Kate, “twerk” and “selfie” were added to the dictionary, Candy Crush was the game of the year (and the cause of many invites to play on facebook timelines), and President Barack Obama was entering the start of his second term. For former NFL player Mike Brown, the tech startup world was discovered.

Mike, with his college major being in public policy, had already taken the LSAT and gained experience, during his senior year, working the campaign of Beverly Purdue and her successful race to become the first female Governor of North Carolina. Needless to say, being a married man and father, the last thing he was looking to do was revert to his Ramen Noodle eating, college student days. The Houston Texas native and Duke University graduate found himself on the verge of applying to business graduate schools when a friend told him about Draper University and the program run in silicon valley for aspiring entrepreneurs. But that leap of faith to apply to the next level of education was followed with a phone call from Tim Draper himself welcoming Mile to the entering class as well as offering a full scholarship.

“I went through a 9-week program which rocked my world because it was all new,” Mike reflects as we speak on the phone from his office in the midst of a newly launched March Madness Tournament. “I finished number 1 in my class, but I was a little upset because I couldn’t believe I didn’t know about this(tech world). I probably would have made some different decisions in college as far as my major was concerned (laughing). I taught myself how to (use binary) code and design (websites and platforms) then I moved to the bay area full time the following year with the sole intention of building my own tech startup. In order to be more effective, I felt like I needed to work at a startup. So, I worked for a pretty well-known company here in the area for a year and a half and developed my program and moved out on my own.” 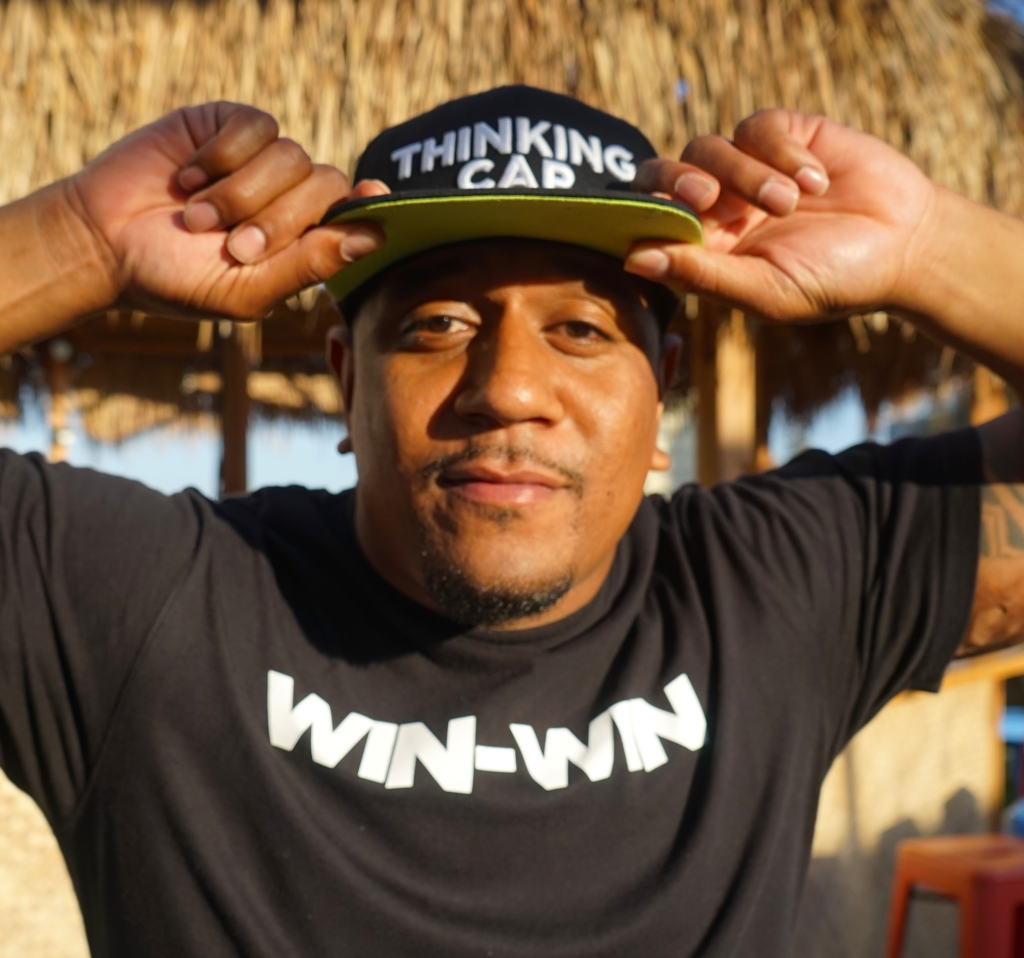 With a mother that drove the importance of academics over athletics, Mike maintained a 4.0 GPA, was inducted into the National Honor Society, and held the seat of President of the Engineering Club. Needless to say, coaching or fitness wasn’t the long-term goal of the all-American and all-conference defensive back, who lead the nation in tackles his senior year.

“My best friend went to DUKE as well and was the number 2 defensive tackle in the country coming out of high school,” Mike explains. “We arrived at training camp and he blew his knee out in the 3rd practice. I knew that at any time, playing at that high level, anything could happen. I didn’t want to go into coaching or fitness (the more common careers that athletes take). He went on to coach at Duke and Ohio State, won championships and is now the defensive line coach for the 49ers. That’s his passion. I, on the other hand, wanted to build and create. When I found out about the valley, I knew this was where I needed to be. Even when I got here, the assumption was “oh, you’re a former athlete…” I wouldn’t tell anyone what I did. Even though I wasn’t a big name, I kept that to myself. Now, it’s something that I talk about because WIN-WIN is a sport geared company.

Gambling has always been a part of sports. Whether you are betting your friends that your favorite team would triumph over their own, a “Pick-em” sheet that you get from work or that your parents brought home, or an “I bet you that I’m faster than you” foot race down a neighborhood block. With Mike’s platform, WIN-WIN, there is no monetary prize. It takes the gaming world and turns it into an experience-driven competition and the secondary winner is the charity of choice of the host of the game.  After watching commercials of gaming sites using players images and likeness without contributing to them or benefiting their platforms, the former athlete and business man alike in Mike, said, something about this has to change. Let’s face it, these companies make millions on millions of dollars and the only person that come out on top is the winner of the game and the owner of the site. The need for change was there and Mike was the operator that answered the call.

“WIN-WIN is a sports gaming platform that connects fans with the favorite athletes, entertainers, and influencers while raising money for charity,” Mike excitingly says. “The personality will “host” (put their name on) a game tournament and promote it out to their fan base and social media following who will then join by paying an entry fee. The money that they pay would then go to the charity of choice for the athletes. The games can be anything from a March Madness bracket, pick-em tickets, or an over-under-on game. Once you’re in the game you are competing for an experience instead of money. So you may get court side seats with Steph Curry, or do a shoot around at a Los Angeles Lakers practice for 20 minutes, or you could potentially end up in a recording session with Beyonce’ or Taylor Swift…anything that the host selects as the winning prize. Ultimately, you are competing for the experiences that you would normally not be able to access while simultaneously contributing to charity. Charities are able to leverage a platform that gives a more sustainable stream of funding. Millennials are not really donating to charity as much as other age groups. Millennials aren’t necessarily going to donate to the Red Cross, but will put money up for the opportunity to meet with Cam Newton.”

The ultimate goal in life is to always be able to put your family a step further than your family and give your kids that opportunities that you feel will help them be better than their parents. Mike wanted to give this to more than his kids, he wants to give the inspiration of technology as a solution to problems to all kids and adults. The likeliness of seeing someone that looks like you in a world of technology isn’t as far fetched as it is under promoted. With WIN-WIN, he hopes that other will not only join to play, but will see him, and say that they can “Be Like Mike”.

So, let’s play.
To check out Mike’s gaming platform, go to www.trywinwin.com There are a few free games that you can try out.