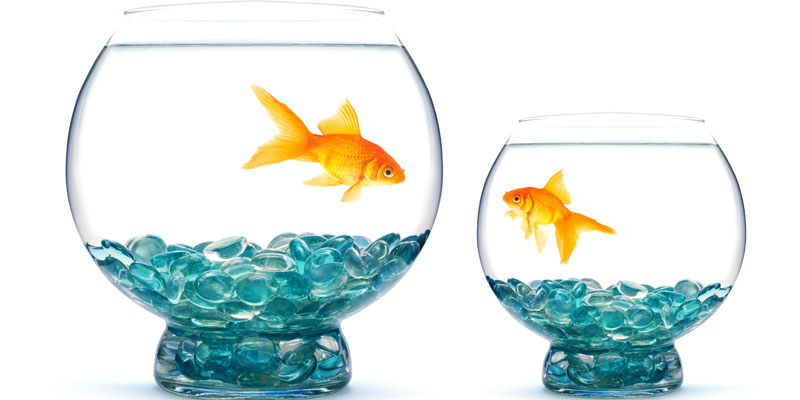 Everyone gets caught up in the comparison game. Chances are you do too. Haven’t you gazed with envy at a friend’s house, car, job, or wardrobe, or made a snap judgment that a coworker or acquaintance is beneath you in intelligence, social status, or some other criteria? Sure you have. Research from the 1950s shows that people have a natural drive to make “upward” or “downward” comparisons between themselves and others. And due to social media, we can now look at posts from friends and acquaintances and assess how we “measure up” on a daily (or even hourly) basis.

Can this be good for us? No, says Aaron Hill: In fact, spending too much time or energy studying the proverbial “Joneses” or ranking others is harmful to all involved.

“Comparing establishes your own worth by whether or not you feel better or worse than others,” says Hill, who along with Greg Miller and Jack Skeen wrote The Circle Blueprint: Decoding the Conscious and Unconscious Factors that Determine Your Success(Wiley, October 2017, ISBN: 978-1-119-43485-6, $26.00, www.thecircleblueprint.com). “It’s an unhealthy waste of time that undermines your ability to reach your full potential. And it’s a widespread problem. But most people who engage in comparing themselves to others don’t realize how damaging it really can be.”

The authors explain that comparing yourself with others is detrimental to your happiness and success. Here are a few of the problems that come along with constant comparison: 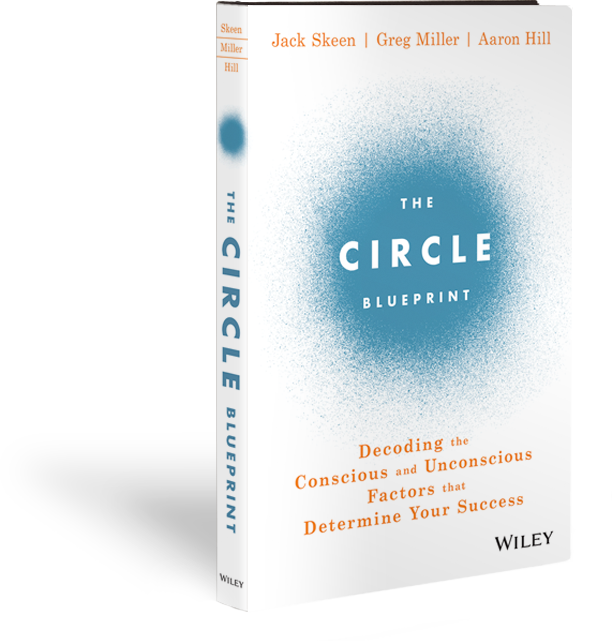 Comparisons are rarely accurate. “When you compare yourself to others, you are often inaccurate in your conclusions,” says Hill. “Upon seeing a shabbily dressed person, you may make judgments about their job, ability, intelligence, or motivation. But you don’t have all the information. A brilliant day trader who works alone may choose to work in old sweatpants, for example, and has left the office for a quick walk to clear his head. The point is, you don’t know the whole story, so your comparison is ultimately wrong. Then you allow those comparisons to detrimentally affect your performance and your life suffers…all based on false facts.”

Comparing upward makes you unhappy and erodes your confidence. There will always be someone who has more or has accomplished more than you. But when you spend most of your time fretting over others’ supposed superiority, you’re wasting valuable time and energy that you could be using to enhance your life. And before you assume someone else has it so much better than you, remind yourself again that you get to see only a slice of their life. On social media, for example, people post only what they want you to see. From glamorous selfies to gorgeous vacation photos, their online personas are an inaccurate portrayal of their real lives. Make sure you’re not giving them more credit than they deserve.

Comparing downward creates feelings of superiority that don’t serve you well in various ways. It might make you feel smarter, more successful, or just “better” than other people, but downward comparisons cause you to overlook others’ gifts. At work, you may not give those you’ve judged as “less than” enough credit for their knowledge and may not seek their advice even though they have plenty to offer. Or, you may give yourself too much credit and slack off because you think you’re more capable.

“People who make a lot of comparisons and constantly assess the inferiority or superiority of others are low in autonomy,” says Hill. People with high autonomy, on the other hand, live free of comparison and are able to rely healthily on themselves and others. When you’re able to establish your own self-worth regardless of how you stack up to others, you go a long way toward establishing independence.”

The Circle Blueprint is part of a larger self-improvement program called The Circle Blueprint System, which also includes workbooks and a confidential scientifically validated psychometric self-assessment. The self-assessment is free with purchase of the book. In The Circle Blueprint, the authors explain that independence is one of the four critical developmental areas that allow a person to thrive. Independence is all about taking 100 percent responsibility for your life and the outcomes of your choices, living with freedom from insecurity and self-doubt, and being able to speak openly and candidly in all circumstances.

The good news is, there are easy steps you can take to quit comparing yourself to others and become more autonomous, and, thus, more independent:

1. Make a point to notice how often you make comparisons. If you want, take a notepad and make tally marks every time you catch yourself making a comparison. The number may astonish you, and that is okay; everyone makes comparisons. You have to start somewhere, and simply taking note is a start toward reducing your comparisons.

2. Now, take note of how such comparisons affect your thoughts and actions. Are you holding something back because you think you are too good or not good enough? Do you act differently toward those who are “upward” or “downward” of you?

3. Practice reducing such comparisons. When you catch yourself comparing, try to stop. Remind yourself that comparisons are not healthy for you.

4. Practice treating all people you come in contact with at the same levels of courtesy and respect. Sure, it is unlikely you’ll meet a stranger with the same greeting as a good friend—it might be strange to all involved if you hugged a complete stranger as you would someone you know and love—but your greeting can be similarly pleasant and respectful.

5. Become aware of how free you feel. When you stop comparing, or even reducing your comparisons drastically, you’ll feel a new level of autonomy and independence.

“It’s time to stop worrying about who has more Facebook friends, who’s got the bigger paycheck, or who has the greatest house,” concludes Hill. “In the end, knowing who has more or less than we do accomplishes nothing. Instead, we should all focus our attention on becoming better versions of ourselves—because that’s the true measure of success.”