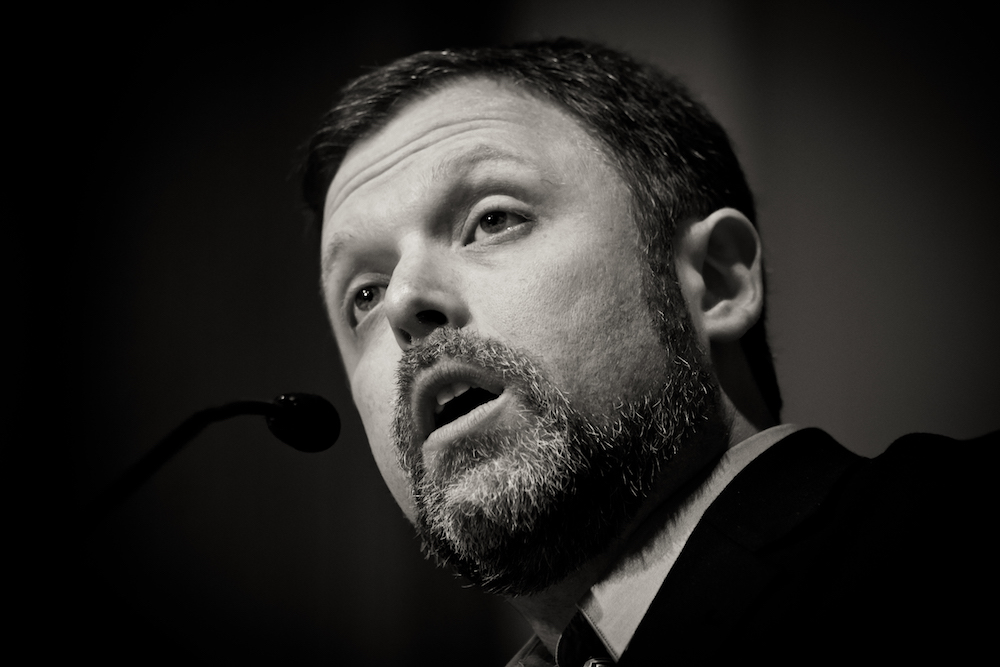 Just who is Tim Wise? Distinguished professor Michael Eric Dyson called him, “…one of the most brilliant, articulate and courageous critics of white privilege in the nation.” Joe Feagin, Graduate Research Professor of Sociology at Texas A&M University called him, “…one of those rare ‘public intellectuals’ that numerous authors have suggested are becoming extinct in this society“. But what makes Tim Wise a rarity in today’s society is his outspoken views on anti-racism from a white man’s point of view. Wise has written five books on the issues concerning anti-racism in America including the highly acclaimed Between Barack and a Hard Place: Racism and White Denial in the Age of Obama.

Wise’s book Barack and a Hard Place: Racism and White Denial in the Age of Obama tackle issues ranging from the Civil Rights struggle, to Dr. King’s dream, to Barack Obama’s election. In speaking about what he feels about President Obama, Wise said, “I think a lot of what Barack has done deserves fairly significant criticism. There are two things going on. Some people, who voted for the president, seem to think we can’t criticize him because it undermines him and we have to sort of defend him no matter what. Then there are those of us who believe that although we understand the concerns and the fears around that (race) issue, the only pressure he gets is from the right, he gets no pressure from the left. By definition, he moves right. I’m sure he is getting a lot of flack from people. And some of the flack is absolutely race driven. But, there are a whole lot of us who are critical of the president’s approach. Not only are the decisions his administrative are making flawed in terms of their impact but they are not good politics.

“Illuminated individualism provides an alternative framework for dealing with racism,” Wise begins to explain. “The right wing and their way of dealing with it says we shouldn’t talk about racism at all we should just treat everyone as an individual. For liberals, their approach isn’t as outrageous as the conservative approach, but it’s not much better. They think we are all in this together. We’re one United States of America we have to talk about what brings us together and not what drives us apart. That is just unrealistic. Illuminated individualism says we have to take account of everything that does drive us apart. We have to recognize that color has consequences and as long as it has consequences we need to take that into account.”

Wise decided to become an anti-racist advocate while attending Tulane University in the mid- 1980’s.  Wise first came to public attention when he served as an anti-apartheid leader in 1988. When South African Archbishop Desmond Tutu declined an honorary degree from Tulane, Tutu was informed of the school’s ongoing investments there, by Wise’s group. He would later go on to fight against David Duke’s campaign when Duke ran for U.S. Senate and Governor of Louisiana in 1990 and 1991. Wise also served as an adviser to Fisk University’s Race Relations Institute between 1999 and 2003 and would receive 2001 British Diversity Award, for best feature essay on race and diversity issues.

Wise also practices what he preaches by encouraging anti-racist values within his two children, saying “My children are very aware of what I do. We have conversations about racial issues. They have the basic ideas of the work I do and what it means to be an anti-racist. Their personal interactions (dance and school) are multi-racial interactions. Which I think for young kids is pretty important. To have people of authority and mentors to be of color, when you are a white kid and early on, is really critical.” 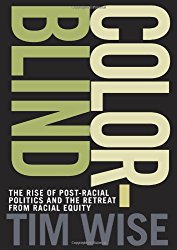 Tim Wise’s latest which was published by City Lights Publishers is titled Colorblind: The Rise of Post-Racial Politics and the Retreat from Racial Equity, and explores what President Obama has accomplished or hasn’t accomplished since being elected president. So what’s next for Wise, “I’m working on a lot of different book ideas that I’m playing with. What’s next is kind of hard to say. The next thing that will happen, I’ll come out with an essay collection. Generally, I try to come out with a book a year. So maybe by early spring, I’ll have something else out.”