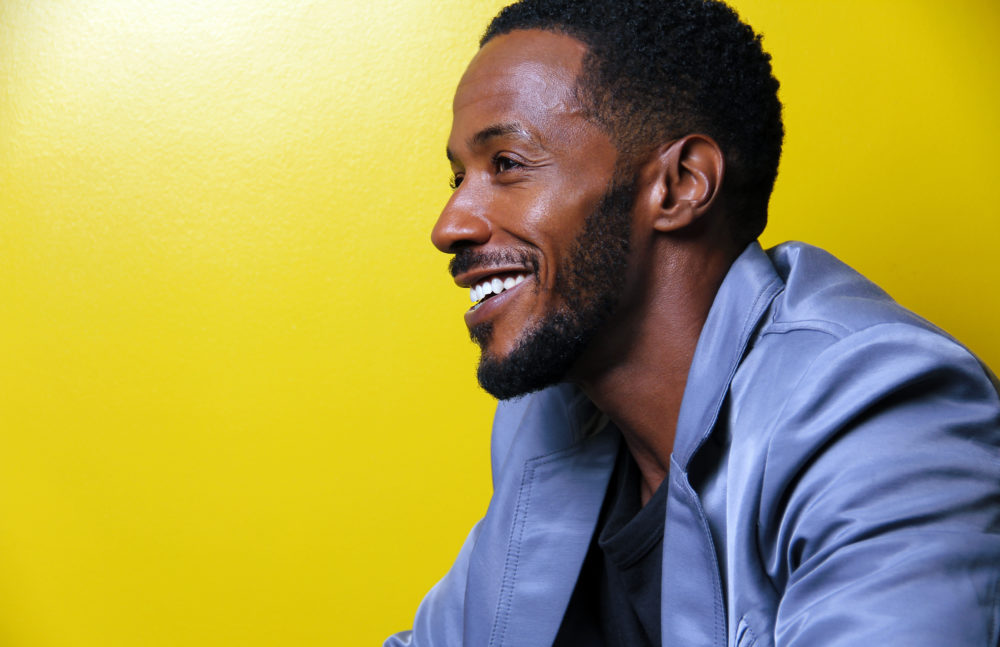 Six-foot-four-inch star of BET drama Hit The Floor, McKinley Freeman never thought that he would live in Los Angeles and that acting would be his claim to fame. His MVP character in the basketball drama is even a stretch. McKinley was cut from his 8th-grade basketball team, had no idea how to do a three-man weave, and his height wasn’t enough to put him in uniform. Sports were fun but we won’t claim that he excelled at them instantly. His first thought of being outside of the business industry was rejecting an offer during a scouting meeting with Elite Models in Chicago. Instead of posing for commercial ads and walking a runway, he went on to live in Atlanta, Georgia, taking a high leveled position with IBM. Giving presentations and having video conferences with other managers around the world would be the closest he would come to a stage or a screen. It was the efforts of Rodney Harris, owner of Slam Management in Atlanta, and his friend, Malcolm Bachelor, that would lead him into his new life role.

“‘All My Children’ was holding a casting call in Atlanta one weekend, and Rodney and Malcolm were like ‘you should go,’” Mckinley reflects, laughing a bit as he lounges in the house during a rare week off. “The audition was in midtown or somewhere. At the end of the day, if we went down there, we could still hang out. I’m like, alright, cool. I told Malcolm, ‘I’ll go if you go, because I’m not about to do this by myself.’ So we walk in there and it’s a full casting session. There are all these people [including] four or five people from ABC. And here I am, just walking in there, running my mouth for a little bit, cracking jokes and shit. Ultimately, the whole thing comes full circle and I ended up being cast for a part in the project. That made me think that if I was able to get a taste of what acting’s like without having given the true focus that it takes, imagine what could happen if I did. Playing sports, getting an educational degree, or even becoming a biomechanical engineer takes a professional level of focus. And now I have this [acting] thought in my head.” 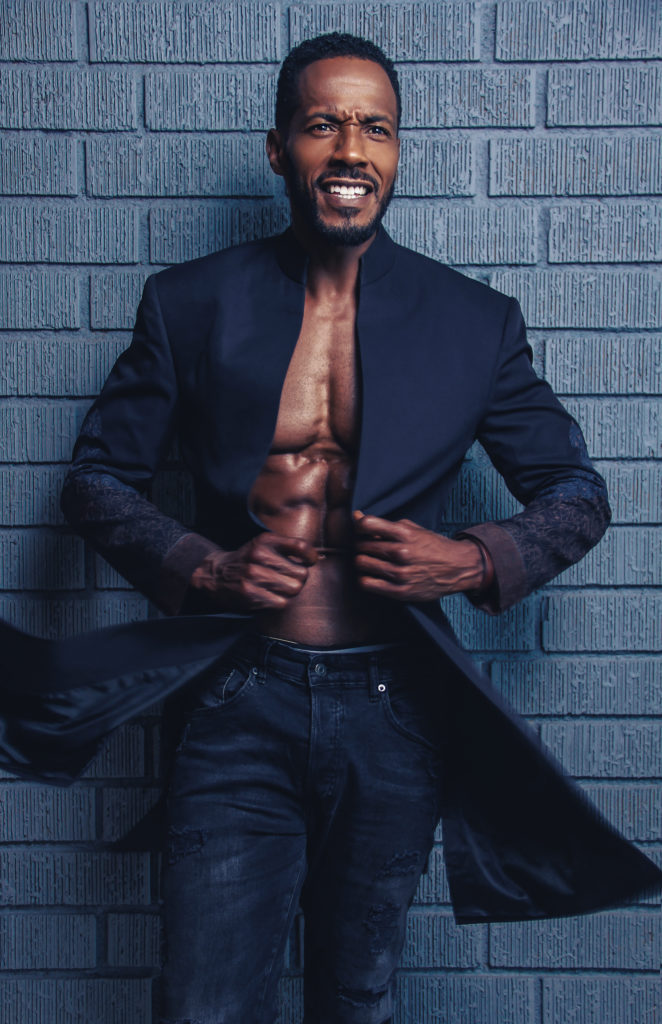 McKinley’s excitement took over when he finally realized that acting was what he wanted to do. He completed the screen testing for the popular ABC soap opera “All My Children,” signed his talent contract, began packing up the new home that he purchased in Atlanta, and started looking for a new place in New York. This unforeseen moment was actually happening. There was work to be done, rehearsals to happen, he needed coaching, and to top it off, it was time to get settled into a new city. All he needed was a start date. As the saying goes in Hollywood, “many things are guaranteed, but projects are not.”

“My first taste of show business was when nobody hit me up,” McKinley says laughing. “I asked the team at ABC ‘When is somebody going to let me know when I’m going to be moving to New York?’ Eventually, he says, somebody said, ‘Oh yeah, I think they went in a different direction.’ I’m like, ‘Alright, what direction are we going?’ Then I’m like ‘Oh shit…you mean Y’ALL are going that way.’

There’s a very real part of being a dreamer that blinds your mind into pushing aside all of the other things that people say you should be doing. There are times where you are stressed out about everything involved in chasing your dream, while continuing to focus on the one thing that your heart is telling you to do. It takes a very stubborn mindset. It’s one of the main reasons why McKinley feels that artists have to do a better job of supporting one another. The person who supported him the most was actually not in the entertainment industry at all. It was his late manager from IBM. Speaking now would be the first time that he’s verbally hearing himself describe his mentor in the past tense.

“Alan Everard–he was the one,” McKinley says sincerely. “He was like, ‘What are you doing? You’re so talented. Why don’t you go do something else? It’s like, you do this and it’s so easy for you. You should be doing this professionally.’ I remember one time he told me that a job like this will always be available for me because of my education and with everything I have already accomplished. By this time, I started really talking to him about the idea of moving to California and all these other things just because he was my boss and I was willing to give my job up.”

But McKinley was fully prepared to handle all of the difficult “things” that would come with pursuing his dream. I mean, that’s all a part of being believer, right?–realizing that life has already prepared you to handle the good, the bad and the ugly, and understanding you have the capacity to handle it all. 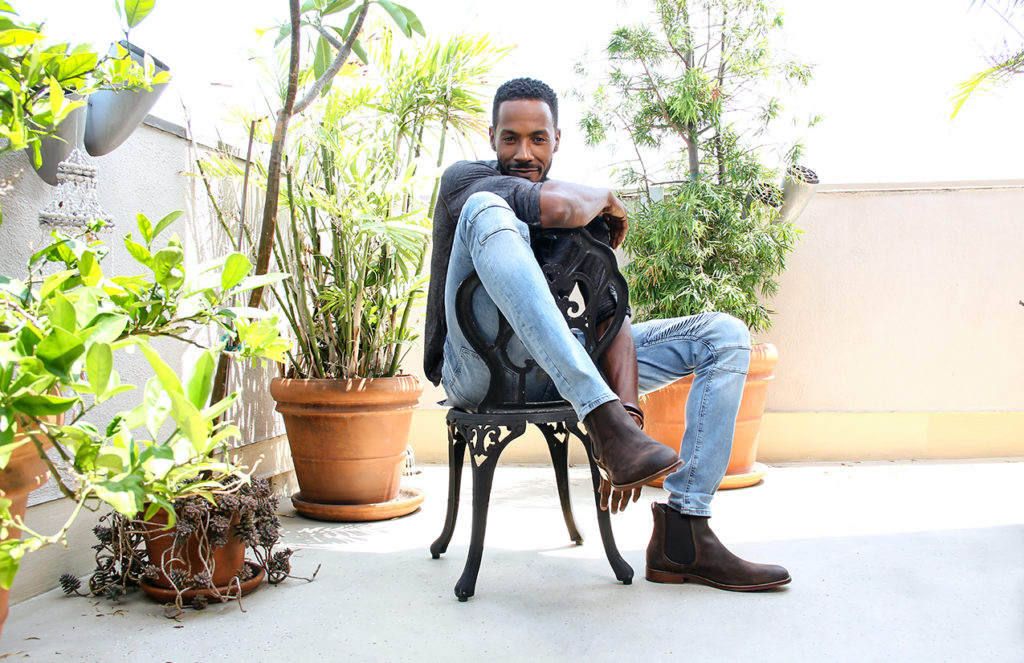 “I decided to just move,” McKinley says. “When I got to California, I continued to work full-time for IBM and pursued acting full time. Some nights, I’d be in an acting class until one or two o’clock in the morning, and then be on conference calls at 5:30 am. The rest of the business world is concerned with New York and Chicago time zones. So when we had those conversations with teams in Mumbai, it was sometimes 3 o’clock in the morning in Los Angeles.”

McKinley firmly believes his strength and determination comes from his mother. She received her MBA while she was married, raising three kids, and working a full-time job. In his mind, if she could do all of that, he could take acting classes, study his craft, and have a full-time job. McKinley earned his MBA from the University of Illinois and was a very successful employee at IBM. However, a successful acting career doesn’t come so easily. Many only recognize McKinley for his role as Derek Roman on the series “Hit The Floor,” but he isn’t just arriving at the court. He’s already been sitting on the bench, preparing for his moment to shine.

“There are so many talented people, and they definitely get the respect they deserve. That is why they’ve been nominated for awards,” McKinley explains. “But you think about guys like Don Cheadle or Jeffrey Wright. I remember when Don Cheadle was nominated for an Oscar for ‘Hotel Rwanda’ and some of the interviewers were asking him questions as if it happened overnight, not recognizing that overnight is like decades of nights and hours worth of hard work. Those projects may or may not ever turn into anything, but I think that’s the part that is alluring and appealing about the shiny entertainment industry.” 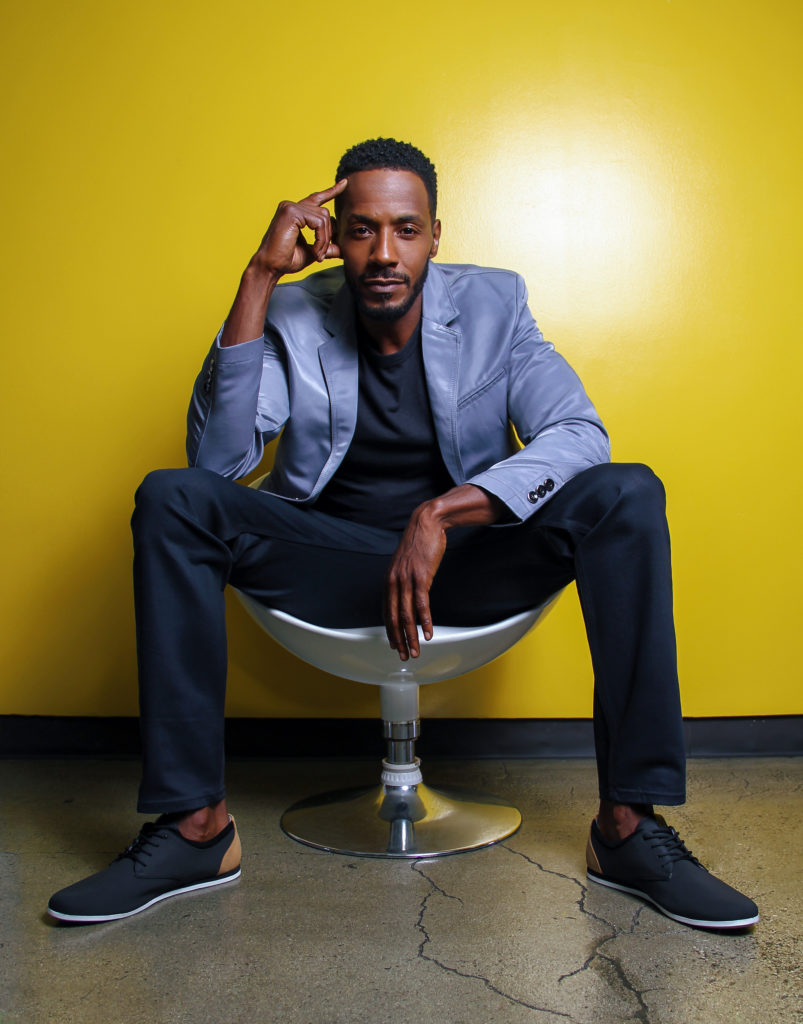 If there’s one message McKinley strongly believes in, it’s that you can literally do anything. Life is about putting your head down, submerging yourself in your goals, and working hard as hell to achieve them. And let’s be honest, everyone isn’t willing to do that. Some are discouraged early. Some get beat up in the process and decide to just let it go. Outside of becoming the next great actor, another of McKinley’s goals is to grow in leadership empowerment. He’s currently working with some tech startups in California to try to find creative ways to empower and educate the masses. With education and understanding how important self-confidence is when pursuing a goal, he looks at his own journey. He never forgets where he comes from. In fact, he still goes back there. That’s home. And it’s as much a part of him today that it was growing up.

He vividly remembers being in Atlanta and sitting on the couch looking at commercials, saying to himself “that could be me in this damn commercial.” A statement not unfamiliar to so many aspiring actors. And just like so many others, Mckinley–despite his success–is still trying to figure it all out.
“If I could pass anything along to anyone would be that I’m, you,” McKinley says with a passionate tone. “You know, everybody talks about the American dream. We talk about, as a society, what success is. But somebody else’s success doesn’t take away from you and yours. It’s no different than what we choose to do for our job. The cool thing about Los Angeles and just being in the entertainment business is if you really do focus, ultimately, the world is big enough for everyone to be successful and for everyone’s dreams to get a step closer to them. And that’s the coolest shit, right?”

Actually, it is the coolest shit.