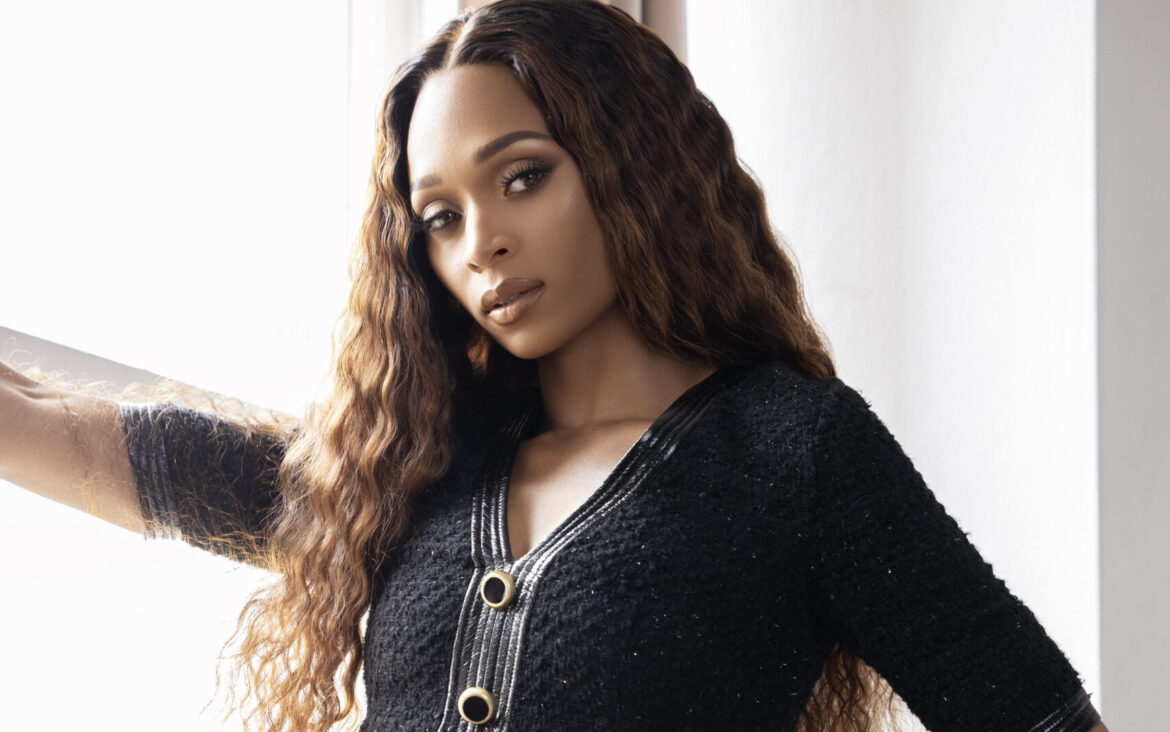 Melissa L. Williams is the star of the Tyler Perry hit series Ruthless, as well as a continuing role on its parent show The Oval, both of which air on BET+.

“I was always performing around the house,” actress Melissa L. Williams laughs. “I was always putting on shows, every family gathering. One day I misplaced my key, got locked out of the house, and my older neighbor let me in her home and put on Shirley Temple until I was able to get back in my house. And she (Shirley Temple) was doing everything that I had already loved to do, which is singing, dancing, and acting. And I told myself “If this little girl is my age doing the same things I love, I can too.”

That was the spark Melissa needed to push her into the challenging industry that we call entertainment. She would tell her mother her dream and with full support was enrolled in dance classes so that she could learn how to better utilize the skills that she saw used in the musical movie. She joined the local theater as a part of the youth company and decided that if there was ever an open stage, she was going to be on it.

Melissa is now the star of the Tyler Perry hit series Ruthless, airing exclusively on BET+, as well as a recurring role on its parent show The Oval, which airs on BET. Although it seems like the Oklahoma City native just popped up on the scene, she has been acting all of her life. Her first feeling of being a star was when the local newspaper, The Daily Oklahoman, recognized her for her performance in the Little Shop of Horror play that her community theatre produced. As she says with a laugh, “you couldn’t tell me anything.”

Her drive to be the best actress possible would direct her to travel east for college.

Her attendance at Clark Atlanta University in Atlanta, Georgia was in a roundabout way prompted by the entertainment industry.  Melissa was introduced to the university after watching the movie, Drumline, and instantly became inspired by the camaraderie of HBCU life.  She wanted to attend to major in theatre at a Historically Black University in hopes of acceptance and “black love” as she puts it. “After researching online, I really thought there was a real school called Atlanta A&T” she laughed .“I didn’t know”  She jokingly tells the story…  she later found out the movie was filmed at the Atlanta University Center (AUC) comprised of Clark Atlanta University, Morehouse College, Morris Brown College, and Spelman College.

“I was accepted to Clark, so I set off for my life’s journey,” Melissa explains. “Going to Clark had a major impact on me and my life. Being in a different environment and being surrounded by the culture that is ATL helped me to grow. And to be an actress you have to grow and evolve daily. Clark helped shape me into the woman and actress I wanted to be by opening up new perspectives which allowed my dreams to know no boundaries and truly live our motto of “Find a way or make one.”

Once on campus, Melissa joined the CAU Players theater program run by the late amazing actress Carol Mitchell Leon and felt her first confirmation while playing the role of Carmen in the stage production on FAME. After the production concluded, she decided to start planting herself in more plays and got into doing background work. For Melissa, background work was a pivotal part of her development. She understood this was her up close and personal opportunity to closely watch lead actors and taking notes on the feedback that they would get while on set. She was a sponge. She was able to immerse herself in the craft that she loves… and be paid to be there. After a few years, Melissa took the “Hollywood leap” and moved to Los Angeles to take advantage of the opportunities at hand. Let’s just say that leap was one of her first big life lessons.

“I had to research everything,” Melissa says passionately. “People need to understand that they don’t give you any type of manual when you up and say you want to move to LA for your career. So first of all, I was like, WHOA, this is three times the rent in Atlanta. What’s really happening? So for the first year, I was working because I didn’t understand the magnitude of making the move to LA. I did a lot of research. I found so many helpful resources. But at the end of the day, that’s perseverance. I was sending like 10 emails, blind emails a day, just sending out an email with my headshot. I don’t even think I had a (actors) reel at the time. I was doing that along with submitting myself. I was my own agent on Actors Access and LA Casting. And that’s how I got my first audition, which was for The Game. It was crazy. Everyone thinks “boom, now I need an agent”. No, you have to do everything on your own when you start off. Go be your own agent, be your own manager, be your own personal trainer, be your own nutritionist, be your own stylist, your own hairstylist, and makeup artist, like, come on, you got to get on YouTube. That’s where I learned a lot of stuff.”

Melissa would spend this part of her transition in what she considered a “ying and yang moment.”

Melissa would spend this part of her transition in what she considered a “ying and yang moment.” To understand what’s “good”, you have to know “bad”. To appreciate blue skies, you must know gray ones. They both have to exist. Knowing the difference allows a person to create a better mindset. It’s what we would compare to character development. We are all in a constant state of learning and when you are creating a better version of yourself, your family, your circumstance, you have to know what you are creating from. In that state of learning, Melissa began listening to a lot of motivational speakers, with her favorite being Les Brown.