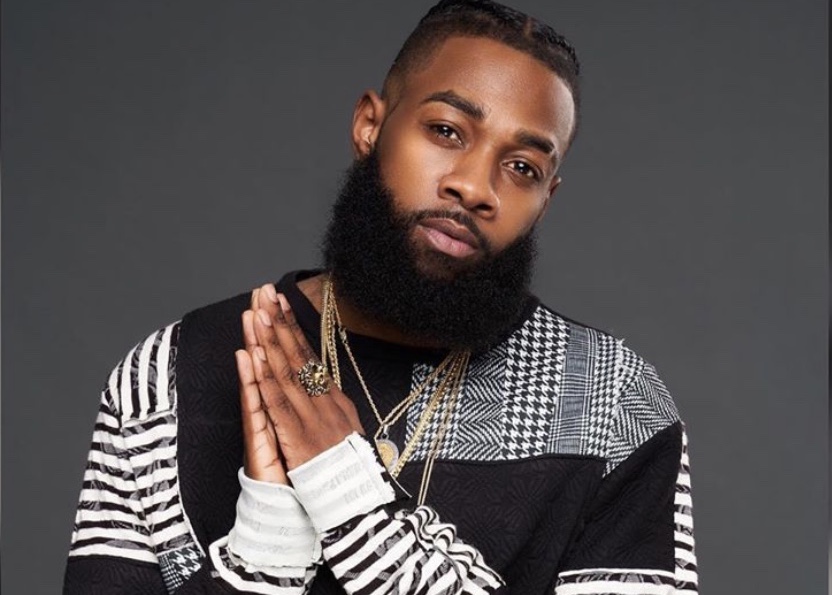 “You know, I’ve known what it’s like to be Sammie, the singer, songwriter, and performer a lot longer than I do having a sense of normalcy,” Sammie explains as we laugh about life and how things fall apart and come together.

Sammie Leigh Bush, Jr. knew that he had a passion for singing as early as four years old. He was that high pitched kid singing in church that we typically say “awwww” to when they grab the microphone. Four years later, he knew that he wanted to pursue singing as a professional career and began doing talent shows around the city. After his big break on the Apollo stage, he was able to sign his first contract at 12 years old. This was the moment when we were all singing this catchy song called “I Like It”. For us, it was the introduction to someone we would grow into adulthood. Nonetheless, Sammie didn’t live the typical childhood that most “kid stars” have.

“I’m here because of the gift of music,” Sammie says. “It was just refreshing to be so young and to see so much of the world and to have a positive impact on a lot of kids at that time, during that era, just through my music and gift of song. It was like living a dream every day. My mom and my father did an awesome job making sure that I have balance. I still remained in public school during the duration of time of my child stardom.”

Sammie would go to school Monday to Wednesday and then tour the world pretty much Thursday through Sunday. As you could imagine, it was challenging adjusting from being the child star to an everyday average student. His classmates couldn’t understand how they were able to hear him on the radio or see him on the television to then sitting right next to him in class during the week. However, he played little league football, played basketball, took four years of a hiatus after his first run to go to high school where he was crowned Homecoming King. He played high school basketball for two years, was in the choir, and the Renaissance program. Sammie was able to live the best of both worlds as best as possible. His parents made sure that he didn’t miss out on that time.

“ A lot of my industry peers, that grew up with me, that came in the game young, they only know lights, camera, and action,” Sammie Explains. “And I think when the world changes or, you know, of course, music changes and they’re not as hot as they used to be. They kind of act out because they don’t understand what it’s like to just be normal. I found like significance of self during those four years of just being an everyday average, high school student, you know? I used to ask my mom for lunch money. I used to chill by the lockers with my homies. I really got to just have a normal life. I don’t care how much money and how much fame you obtain, you will never get time back. You know, that’s one thing, that’s probably why I’m here. And I’m so grateful that I was able to have that time in my life.”

Going into Adulthood, Sammie’s music started evolving a lot. In 2012, he took the direction to really pour out his life and his heart. He put out this mixed tape, entitled INSOMNIA because at that very time he was really suffering from it. He was depressed. He was taking ambient asleep. Nothing was right for his personal life or his career. All the while, he was fighting an ex-business partner and friend. So he created the mixtape project and put it out for free. If you’re a true Sammy fan, you may still believe it’s one of his greatest bodies of work.