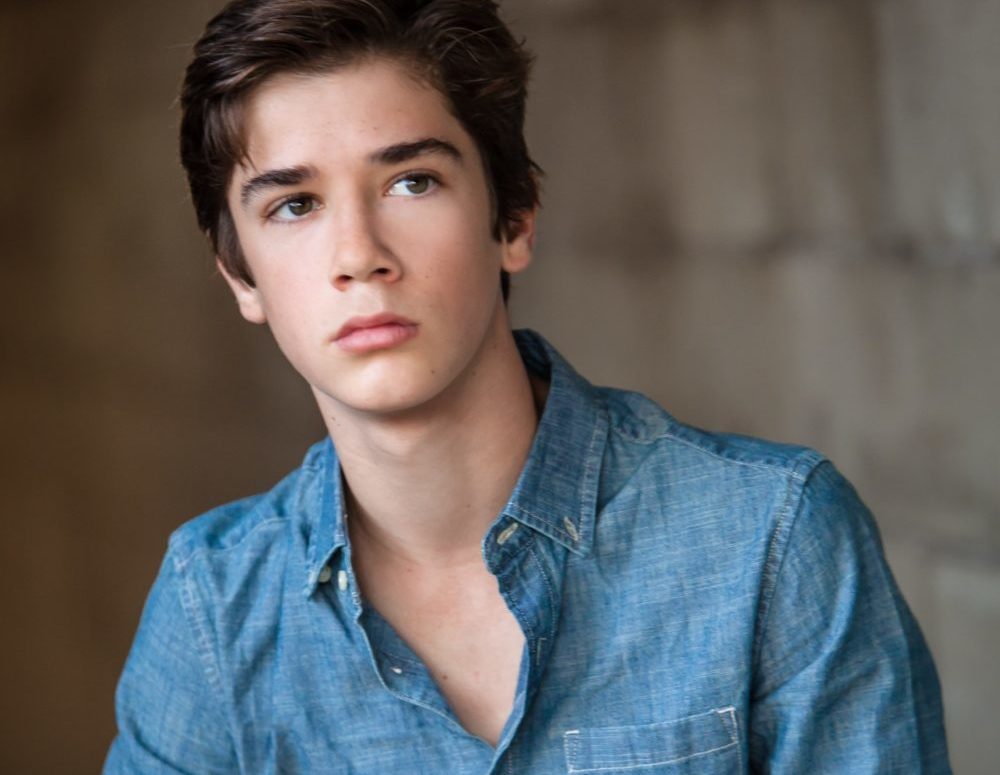 Cementing his role on screens nationwide with his breakout performance on ABC’s “American Housewife”, Daniel DiMaggio is a teen star holding his own by delivering side-splitting comedy, scene after scene, in the show TV GUIDE says, “continues ABC’s trend of quality family sitcoms.”

DiMaggio stars as the witty, self-assured, smart beyond his years and honestly speaking, a bit of a disciplined capitalist, ‘Oliver Otto’, in a suburban family that’s ended up in a pompous Connecticut neighborhood. With every move they make, the family prove that they don’t belong and have no intentions of fitting into the cookie-cutter perfect family scenario, and instead forge their own path.

At an early age, DiMaggio discovered a natural allure to acting and started his career in a Honda commercial at 8 years old. He would later go on to act in more commercials, guest star roles including playing a young Superman in CW’s “Supergirl”, and a young Michael Westen in USA’s “Burn Notice”. A career in acting came of no surprise to his parents, both Hollywood veterans themselves, who first exposed Daniel to the craft while he was still in diapers accompanying them to sets.

When the opportunity of a lifetime came to star as a series regular in ABC’s new half-hour comedy, the move felt organic, a perfect fit for a young actor to show his acting prowess through a series of comedic highs and dramatic turns.

Though his career is off to skyrocketing success, Daniel remains humble and hopes to continue acting for years to come.
Though he may be finishing his third season of the powerhouse comedy, at home Daniel is a typical teenage boy and keeps a high interest in his favorite sports teams while maintaining straight A’s. He also recently completed his first LA Marathon, and with the acting world at his feet, nothing can slow this young star down.

SUAVV: What was it like to grow up in a house of actors? Do you feel that this made acting more organic for you?

Daniel: It was natural because since both of my parents are in the business, I grew up with it, and being around it made it organic.  So when I started doing it, I didn’t think of it the way people probably do who come out of a place where their family is not familiar with show business.

SUAVV: Did you do any kinds of training with your parents?

Daniel: Since they both have comedy and improv backgrounds, they are very helpful with script preparation.  If I’m not sure how something works, they always seem to know what the timing of something is.  But they also leave it to me to figure out on my own first.  If I nail it – then that’s it.  My mom is an Improv teacher and my dad was a stand-up comic so there’s a lot to draw on luckily for me.

SUAVV: Starting a commercial career at 8 years old, how did that impact your friends? Was it challenging being recognized?

Daniel: They thought it was cool, but the only thing they were really curious about was how much money I was making.

SUAVV: How has having a starring role in one of the hottest sitcoms on television impacted your vision for your career?

Daniel: I feel very confident because I’ve now done over 70 episodes of “American Housewife” and have worked with the best actors, writers, directors, crew – you name it.  You couldn’t get better schooling than that.  So when I get a chance to do other things, I bring that with me as I go on to other projects.

SUAVV: What is it like on set? Do you find that your TV family has become your off-camera family as well?

Daniel: I’ve spent so much time with them and literally grew up on the show so of course they are family. I’ve learned so much from Katy and Diedrich.  Meg and Julia are my TV siblings and we all have a great time. The whole production is an extended family and everyone is always looking out for you.

SUAVV: How often do you break character in laughter?

Daniel: Occasionally I do.  It happens mostly when I’m working with Meg because of our chemistry off-camera where we joke around a lot.  Also, when we do family scenes and something unexpected happens. Our dog Luther sometimes does something to set everyone off even though he’s a great actor.

SUAVV: What is the most challenging aspect of acting?

Daniel: Becoming the character and making good choices and sometimes you have to eat shrimp at 7:30 in the morning.

SUAVV: What is life like for you as a teenager?

Daniel: I like to hang out with friends, travel, and play video games.  I also like sports and restaurants.  I’ve always been into good food so I enjoy trying new things.