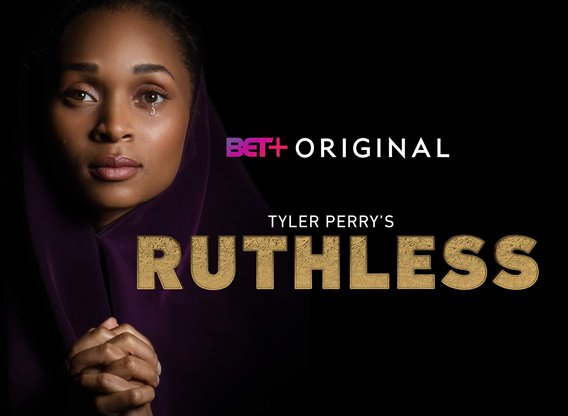 There’s nothing like a good binge-worthy television show. Bingeable shows with the current crisis are perfect. Grab your favorite pair of cozy socks, must-have snacks, and tune in to Tyler Perry’s Ruthless on BET+.  The midseason premiere aired Thanksgiving day. If you didn’t overdose on Turkey and grandmas pies then you should’ve caught the first three episodes. However,  just in case you didn’t, no worries you’ve still got time to get caught up with new episodes coming every week.

The press for the show was a little different this time around due to Covid.  My chat with the cast although different was fashionable, comfortable, and informative. I had the chance to check in with a few members of the show Melissa L. Williams (Ruth), Matt Cedeno (The Highest),  Lenny D. Williams (DiKhan), Yvonne Senat Jones (Tally), and Colin McCalla (River).

Though I did my best to dive deep and get some hot juicy spoilers, alas no luck. The cast was very tight-lipped about the details surrounding the newest episodes.

What little I did manage to snag. I think I’ll save for myself. Just know audience members are in for a world of excitement. “ Juicy in the best way,” says Melissa Williams who plays Ruth. She feels people are going to like it and certainly want more.  And if that wasn’t enough Matt (The Highest)  sums up the mid-season premiere as “Titillating.”

We all know Tyler Perry has broken records with his production of programming during this pandemic. So of course I had to ask what it was like to film Ruthless during such an unprecedented time.

Yvonne who plays Tally laughed as she recalled how the bubble as it’s now known was dubbed “Camp Q” for quarantine. She added the production was an incredibly safe environment similar to summer camp. As for what summer camp looked like at Tyler Perry studios, according to Yvonne the occasional movies on the lawn was a goal but the rain wouldn’t let up. Lenny (DiKhan) and Colin ( River) shared that the cast had a freestyle cypher in character that was quite unforgettable. Apparently, there is of video of this incredible moment in time. I definitely would not mind sneaking a peek at that myself.

All in all, it seems that Ruthless is back with a vengeance.  For more intrigue, sex, lies, and murder check out new episodes of Tyler Perry’s Ruthless exclusively on BET+ every Thursday.

Watch the interviews below…