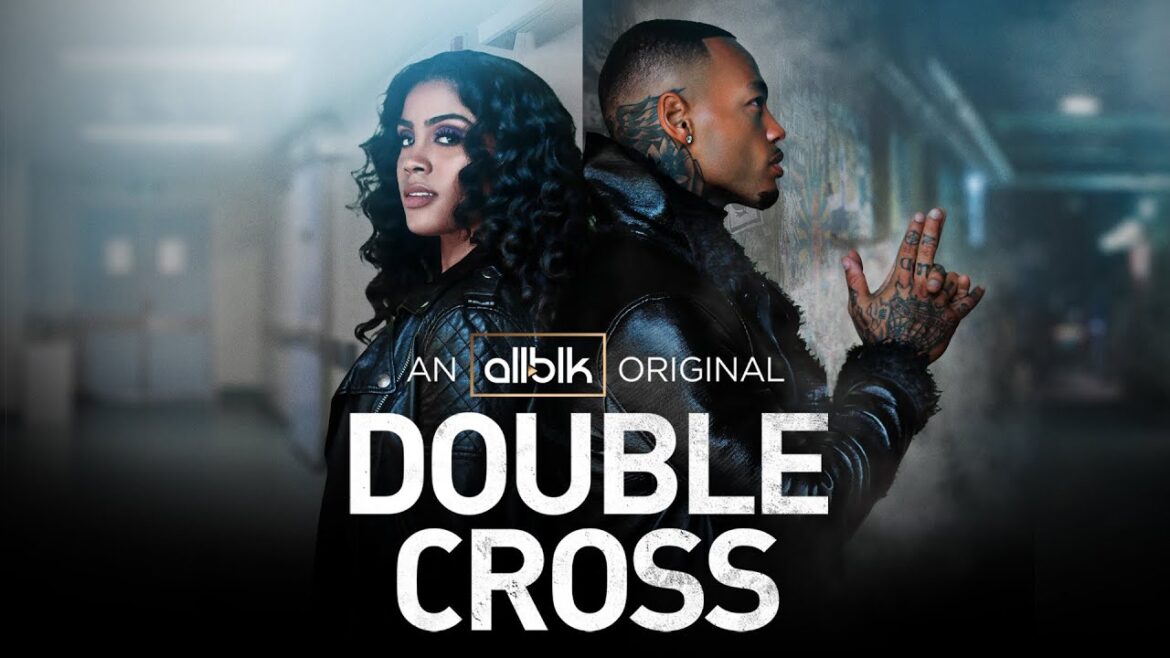 Grab your popcorn, wine, chocolate etc. and get ready to tune in to Season 3 of ALLBLK’s hit series Double Cross. After a much long-awaited hiatus the “Wonder Twins” are back. The series features “Wonder Twins” Erica  (Ashley A. Williams) and Eric Cross (Jeff Logan), who offer their own version of justice served up a platter well deserved cold.

Coming off a very successful first two seasons Suavv was excited to check in with castmates Ashley A. Williams (Erica Cross) and Jeff Logan (Eric Cross) of Double Cross to talk about the highly anticipated season 3.

Suavv: How does it feel going into Season 3 of Double Cross?

Ashley Williams:  It’s exciting that people care, and people enjoy it. Season three with the twists and turns of the plot and the characters, it just keeps getting more and more interesting. So, it’s exciting, and I am excited for everybody to take the roller coaster that we’re about to give them.

Jeff Logan: And I think it’s cool that; we have 13 episodes under our belt…There definitely wouldn’t be a season three unless we were fan favorites and being the hit show on this network feels really good.

Suavv: What were some challenges going into Season 3 specifically addressing the new content for your characters?

Ashley Williams: I mean, for me personally, I will say that, you know, I’m so overprotective of Erica and what she goes through. So, there are certain things where I was like “Ahhh, NO!” but from my point of view, you know, I’m just like, I’m thinking of it as Ashley. So sometimes you can get too caught up in what Ashley would do in real life opposed to what Erica does in real life. And so sometimes that’s a little bit of a challenge for me because I love her so much and I don’t want to see her hurt or cry or anything like that. So often I must take myself out of it and go, OK, this is not Ashley. She’s got to go through this. Those are challenges for me.

Jeff Logan: I like being different from the character, like someone tweeted, and they were like. Jeff Logan is so gangster on Double Cross. But on his IG, he’s really weird. And I’m like, “Yes, that’s what I want. I want to be somebody different than the character. That’s why I like that dynamic. It’s cool.

Suavv: A Lot of seasons 3 focuses on sex trafficking, how do you feel the audience will react to you all touching on that subject?

Ashley Williams: I think audiences want to see more topics that we feel don’t get discussed enough just in the regular news. News media and news outlets, I think that they’re very appreciative of when it comes on screen, even if it’s in a fictional form, because we’re just able to shed more light on a topic that more people need to know about. And so, I think that they take a liking to it. I think that they applaud us in just having the gall to talk about it, and we’re really appreciative that they’re rocking with us merely based off of the fact that it’s really a storyline based on human and sex trafficking. So, I appreciate their support around it.

Do you feel you’ve approached the subject in a unique way that the audience can receive it, specifically the black demographic?

Jeff Logan: I just think you got to speak in the language of a culture would and that’s whatever culture you’re going to want to tune into and then tune into the culture’s frequency… And that’s what we did with like season one, two and three, because if we didn’t do it on season one, we wouldn’t have gotten season two and if we didn’t do it on season two, there wouldn’t be a season 3…So I think we approached it in the language of the culture.

Ashley Williams: I think if I could just add to Jeff, I think it’s very important for people to see that black kid are cared about. We care when they go missing. We care when they don’t come home after school and all this stuff. A lot of times their stories aren’t being told in the media when they get taken and get kidnaped or put into sex trafficking rings; where they go and where they end up. So, I think it’s important, and I applaud all black for taking on a story that shows that we care about our young black girls and black boys when they are being taken in plain sight.

It was great talking with the cast and discussing some hot button topics that audiences will get to see enacted over the course of the new season. Unfortunately, the cast did remain tight lipped about specifics from the show, but fans can look forward to a few surprises.  From what little they did spill, it’s safe to say episode six will not disappoint. “There is a cliffhanger that’s going to shock you,” said Williams. Even Erica and Cintron’s relationship will endure quite the rollercoaster, it’ll be interesting to see if they make it? What will fans think of how it all unfold? Logan is certainly excited to see that storyline plays out.

In that case buckle up because it sounds the like the audience will be in for quite the ride this go round. According to Logan, Eric will do some Eric type stuff, “He’s always a tough guy, he’s always kicking ass and taking names.”

The new season finds, the twins Erica and Eric in cahoots with a sworn enemy from season 2, their long-lost sister Robin Cross (Judi Johnson). The story unfolds as they seek out the vigilante justice their known for. All while trying to find Layla ( Chasnie Houston), Detective Ryan’s (Darrin Dewitt Henson) daughter who has gone missing and is offered up for sale in a sex trafficking ring.

Will Robin seek to be an ally who can be trusted? Or will time reveal she has a hidden agenda? And can the “wonder twins” bring Detective Ryan’s daughter home?

For all the answers to these questions check out Double Cross on ALL BLK every Thursday beginning Feb 3 and view the new season’s trailer below.