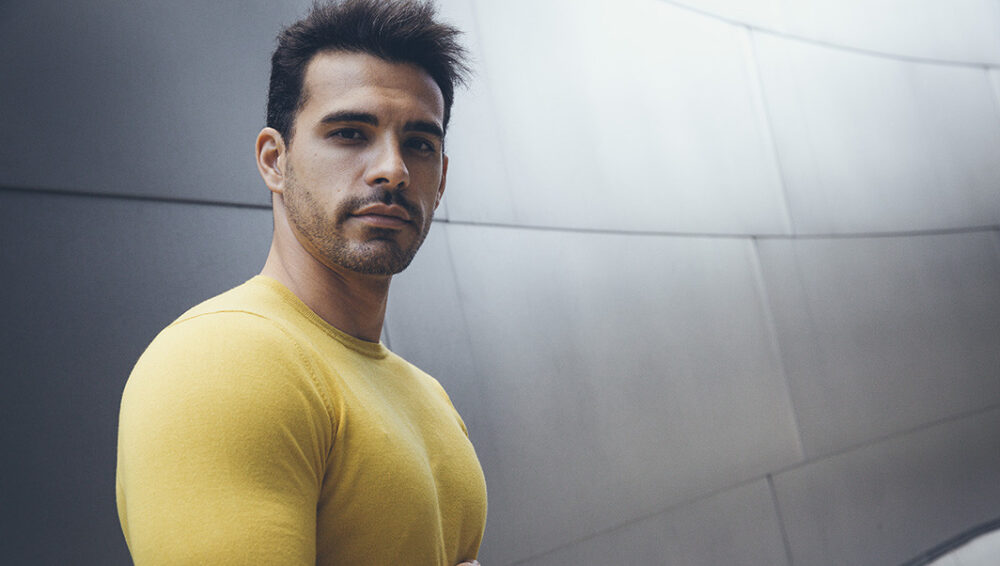 From a fear of public speaking to a star, Geovanni Gopradi has made his mark in the entertainment industry.  The Cuban American actor has had roles in multiple movies and shows such as  Paul Blart Mall Cop 2, Tyler Perry’s Haves & Have Nots, True Blood, and more.  Geovanni started his career acting in Florida after he enrolled in acting classes.  He then went from New York to Los Angeles, this is his story.

SUAVV: After interviewing a few actors from Tyler Perry projects, I understand that he likes to film very fast with very little prep time. How did you adjust to that type of filming schedule?

Oh yeah, he’s known for doing features in a week and I think that is just his style of shooting.  He shoots with three cameras and has a very solid crew around him.  They all know what they’re doing and they crank out scenes really fast and in a way, from an actors perspective, you don’t really get a chance to think about it he just throws you in, and as long as you do the prior work your instincts just kick in.  In a way, it helps you be in the moment because you don’t have the chance to overthink things you just go for it.  And Tyler will direct you off-camera and throw in different lines or tell you to do certain things sometimes, but for the most part, he lets the actor develop and create the character in the moment.

SUAVV: Were you able to gain an overall understanding of the character that way? Do you know what direction to take it?

He allows you to go ahead and create the understanding and direction from the writing.  So a part of my job is to justify what my character is now saying or doing in comparison to what he said or did.  So you have to navigate that by continuously justifying everything that he says and does because it’s the only way that you as an actor can connect with it and find a reason for it to make it feel authentic and real.  Tyler directs and writes six shows on air right now so he has a lot of characters flowing in his head, so he really depends on the actors to create.

SUAVV: That’s what shows talent and skill. When you went into the show did you expect to be a reoccurring character?

Oh no.  I was given seven episodes at first but it kept getting extended.  It started at seven, then I was given 10 more, and now we’re at 29 episodes.  And he does that on purpose.  He puts you in with the wolves and if you can run with the pack he’ll keep writing for you and directing, but if you can’t keep up you start getting written off.  He definitely always has the last say.

SUAVV:  I saw you got into acting because you had a fear of public speaking and you felt this was a way to overcome that?

That’s correct.  Public speaking or just talking to groups of people in general.  I thought public speaking classes would help but it didn’t.  Therapy didn’t help me either and it was just one of those things where I had to put myself in a situation over and over again until I got better and for me that was acting.

SUAVV: That’s pretty amazing. At what point did you feel you wanted to turn it into a career? I know you say acting wasn’t really a dream for you and that you just kinda stumbled into it.