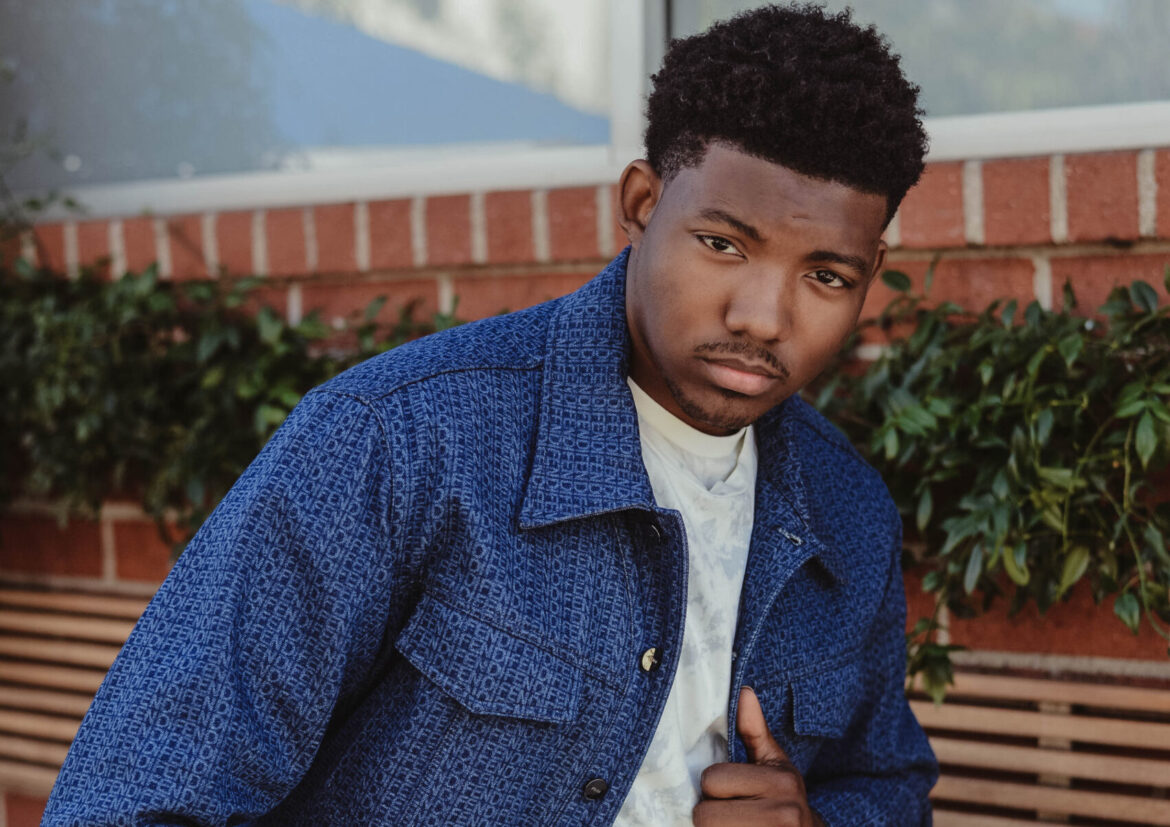 The world is saturated with fans of hip-hop music and culture. From the onset of this art form, various individuals have tried their hand at influencing through this medium. King Vader is one such individual. Vader uses social media and YouTube to bridge the gap between hip-hop and anime, a popular type of television amongst teens and young adults alike. His work has catapulted him into social media stardom, amassing millions of followers on Instagram and Tik Tok as a result of his content creation skills. He even has a t-shirt collection with Hot Topic as one of their social creators.

I recently had the pleasure of interviewing the Chicago native about his work, life, and any advice he may have for aspiring content creators.

SUAVV: We’ll start with something simple so readers can learn a little more about you. Where are you from?

King Vader: I was born in Chicago but I was raised in Maryland. I was mostly around there for my youth. 3 years ago I made the transition from Maryland to Los Angeles. I was at a point in my life where I decided this is what I want to do. I had to take things seriously and take a leap of faith and kind of just throw myself out into the world. I knew that LA was kind of the place to go if you’re into filming or acting or anything like that, so I knew this was the place I have to be.

SUAVV: When did you realize you were passionate about video making?

King Vader: I knew I was passionate about video making around the age of 11. I used to make these short films with this director named WriterBoy who is currently my manager now. We used to make short films all the time together. We also used to live together when I was younger, but then I moved away. Once I moved away, I realized the most fun I had was being in front of a camera, editing, acting, and that’s when I realized I love this stuff.

SUAVV: How did you get started?

SUAVV: What’s been your favorite project that you’ve released so far?

King Vader: My favorite project I’ve released so far is Don’t Disrespect Halloween Pt. 4. We dropped it last Halloween. It’s my first psychological thriller. It was really fun doing and a very ambitious project. The response to it has been really great.

SUAVV: What was the most challenging video you’ve shot to date?

King Vader: It’s definitely between Don’t Disrespect Halloween Pt. 4 and my Netflix Dreams Episode 1. Both projects were extremely ambitious and difficult because of the timing we had to film it in, the deadlines we had to drop it in, and just trying to find the middle ground between being a perfectionist and hitting deadlines. Those 2 sides of me were colliding on both projects.

SUAVV: How do you generate your video ideas?

King Vader: With me, it comes from inspiration. It starts with whatever I’m inspired by. I kind of go from them. I feel as though you should feel inspired when trying to create whatever it is you’re creating. For me, I get excited about filming something. I’ll start with ideas, like talking about creating a storyline similar to “The Matrix.” Then you get excited about the idea and create an entire project surrounding that concept. That’s what we did with The Matrix Reborn, another film on my YouTube channel.

SUAVV: Any advice for readers aspiring to start their own YouTube channels?

King Vader: My biggest advice would be you have to believe in your dream before anyone else can. In the beginning, a lot of people aren’t going to see the vision and that’s okay. A lot of people can’t see what you see, and that’s fine. You have to be comfortable with rooting for yourself in the beginning. A lot of people like your friends and family are usually the closest people to you. Because of that, we take their opinions of what we do and value them very highly. But sometimes when it comes to your dreams, you have to protect them because they’re your dreams. So I would tell young creators and young people out there to protect their dreams, believe in themselves first, and root for themselves. Once you provide proof, your family and friends are going to start to believe in you and see what you see. Another thing I’d tell them is pressure produces diamonds. You’re going to fail a couple of times on this path to success. Failure is a part of success, so get used to it. Don’t feel bad when you fall. If you can look up, you can get up. Just keep moving forward.

A hard-working, down-to-Earth young man, Vader is also one of the youngest directors ever to work with Netflix, releasing a parody video of the popular Netflix series, “The Umbrella Academy.” Be on the lookout for more of his hilarious content. You can connect further with him here.