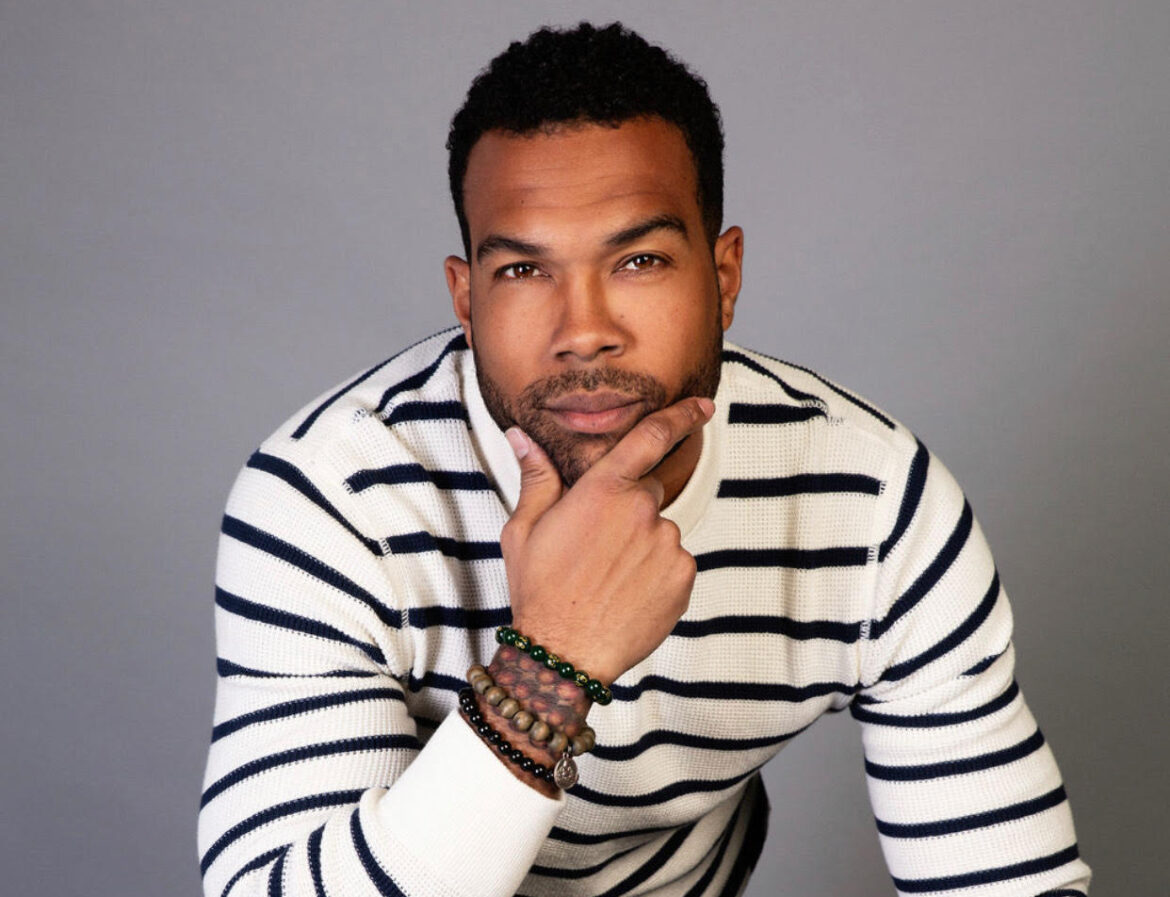 Every now and then, a person falls in line with their destiny. While we will never know what another persons purpose on earth is, we can appreciate their contributions. Kinyumba Mutakabbir is making a HUGE contribution to generations present and future.

While Kinyumba is no stranger to the camera, this project, which he described as his “business card”, is the the introduction to a 10-project deal that he has landed with Paramount Studios. Before this project, you may recognize him from starring in the Manny Haley trilogy True To The Game, where he plays Mike, a rugged detective from South Philly. He was also featured in FOXs hour-long drama series, (executive produced, written, and directed by LeeDaniels) STAR, where he played the love interest of Queen Latifah.

Releasing his one-man monologue short titled Nguvu Kwa Watu(Swahili for Power to the People) the model turned actor turned filmmaker is showing what Black people have been dealing with during the Black Lives Matter protest that swept through the country (and the global community) last summer.

“Our country is dealing with deep rooted pain and we have far too long been conditioned to accept institutional injustices as a normality,” Kinyumba says. “It is time to establish a new normal and work together to avoid self destruction. I urge anyone and everyone to watch this film and end this vicious cycle. There is no better time than now to see our fellow citizens not as combatants, but rather as extended family; through a lens of love and collaborative support, working together as a community and as a people.”

Kinyumba made the decision to release this film on the anniversary of George Floyd’s death, May 25th, 2021 and donate a portion of the proceeds to nonprofits that help communities divert their younger offenders from prison and reform schools and instead into developmental programs prioritizing the teaching of crafts, trades, and emotional coaching. A lifelong Martial Artist who grew up in the streets of South Jamaica Queens, Kinyumba launched his own coaching company Moments of Alignment, where he regularly teaches practices of Reiki, NLP (Neuro-Linguistic Programming), and Qigong. With these practices, he can help reduce stress, PTSD, and rebuild self-love. These practices teach students how to become in tune with the alignment of their body, mind, and spirit. It is Kinyumba’s belief that “once we begin to love ourselves and each other, we won’t have to fight as much for love from those who do not”.

The premiere of the film will be on Tuesday, May 25th at 9pm EST/ 6 pm PST. It will be an hour-long event hosted by Fox SOUL TV’s own Claudia Jordan and will have a celebrity panel who will speak on injustices and their opinions on how to make the necessary changes to bring justice to BIPOC communities. The event will kick off with a 10-minute intro of Kinyumba and why he chose to do this project. The following 10 minutes will be spent watching the film and Claudia will host and moderate 30-40 mins of Q&A with the celebrity panel. She will also field questions from the audience for 15 minutes to end the show.