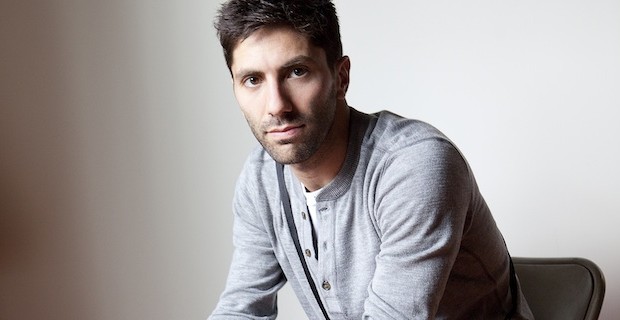 While the world may still be socially distancing, people are online now more than ever looking for connections and answers. The eighth season of MTV’s Catfish: The TV Show will go to the ends of the internet to find them. For the first time ever, Executive Producer and host Nev Schulman and co-host Kamie Crawford work together, remotely, to do what they do best: track down the truth.

This season, Nev and Kamie have their work cut out for them as they must play by new rules, encounter new obstacles and dive headfirst into the world’s “new normal” to uncover lies and potentially find true love.

Allison Kugel: When the pandemic hit, whose idea was it to take Catfish: The TV Show virtual?

Nev Schulman: I don’t know if it was one person’s idea. We know that obviously most of the entertainment industry was going to be shut down. A lot of shows, because they require a studio audience or a lot of people on set, couldn’t resume production. It occurred to us that our show, in many ways, already exists in a digital world. While we do love the aspect of the show where we travel and meet people, and the whole idea of finally bringing virtual interactions into the real world, that doesn’t change the core function of our show, which is just to get the trace on someone. We all looked at each other and thought, “Is there a version of the show where we can do it from home via Zoom?” We did the first episode and right away we all saw that it does work, and we were super excited.

Nev Schulman: I liken it to the banks of a river. I don’t know if you did this exercise in science class as a kid, but riverbanks generally start mostly straight with a smaller stream, if you will. Then, over time slight imperfections in the direction of the water create deeper and deeper grooves and the river ends up sneaking its way through a valley, or whatever. I think that is what happens in these relationships. They start out small and innocent and seemingly straight forward, but as the relationship flows and days go by, those twists and turns start to cut their way in, and groove into a relationship. Before you notice, all of a sudden you are months and months into this thing and you’re so far down the river that it’s too late to turn back. I think that’s how it happens, very slowly and you almost don’t even notice it happening.

Allison Kugel: Wow, interesting analogy. Where did the term “Catfish” come from?

Nev Schulman: We heard a story when we were making the documentary film, Catfish, back in 2008. Our film was a story about a woman who had, in fact, catfished me, the way a fisherman used to use catfish to chase cod around in the tank of these giant fishing boats. In life, there are people who kind of do the same thing, who make everyday kind of interesting and exciting, and kind of just keep us all guessing and on our toes. So, we thought it was a beautiful analogy for Angela, the woman who catfished me, and what an interesting and unexpected name for the film, and subsequently the show. So, it started off as a reference to that story, but it has now become part of the English language. It’s just so wild.

Allison Kugel: If that never happened to you, and your film, Catfish, which documented your own journey, had never been made, where do you think you would be today?  Did you have any different career plans?

Nev Schulman: I was involved at that time in film and photography, but more specifically, in dance. I danced in live performances, at weddings, bar mitzvahs, things like that. While I knew I didn’t want that to be my lifelong career, I wasn’t sure what I was going to do next. I had actually flown out to California before Catfish the film was released to interview with an old boss of mine who I had worked for at BMW motorcycles in New York. I thought I would move to California and just get a job in Riverside at BMW and see where that takes me. Who knew this would have happened? But I often think about that. Where would I be? What would I be doing? It’s crazy, because I really don’t know.

Allison Kugel: Life is crazy! Do you ever sit back and reflect about how your personal experience with heartbreak and being catfished led to your television career and this pop culture phenomenon of sorts?