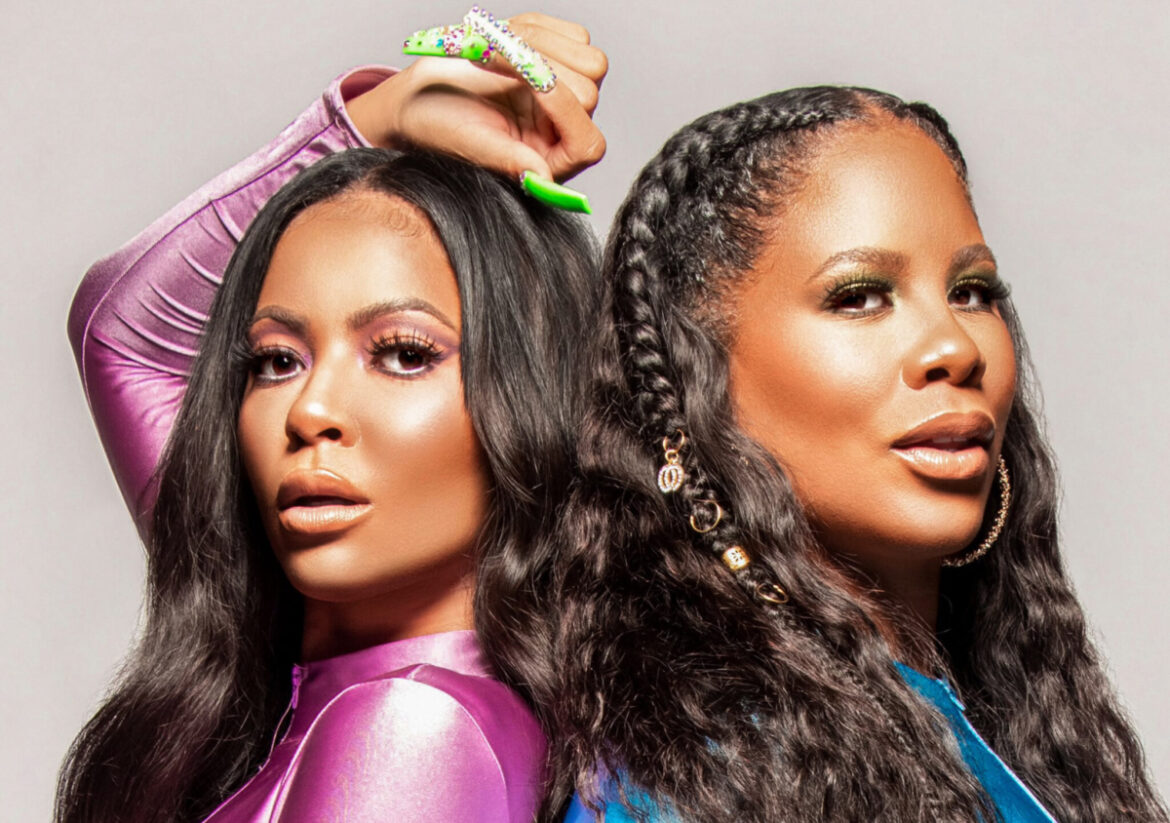 Inspired by their passion for ethnic diversity in children’s music and nursery rhymes, sisters Arin Jackson and Alexis Jones began creating the kind of music they would’ve loved as kids. These sangin’ sistas of musical group ‘The Magic Jones’ and ‘1 Tribe Collective’, are making history at this year’s Grammy’s. It’s the first time ever that 26 black artists and musicians from ‘1 Tribe Collective’ are nominated for a Grammy in the Best Children’s Album Category.

“The quote that me and Arin live by is the most genius thing was that we did was that we didn’t quit. It’s a quote by Jay Z. During this journey, ..there were times when I did not feel like I was good enough..so just do not quit because ultimately it’s going to happen and whatever it is that you want to do, I don’t care if you want to be a pilot, whatever it is…You just cannot quit. If you quit, then, hey, you’re out of the game.”

What makes this nomination so historic? Everything. The recognition and representation of traditionally overlooked groups in specific Grammy nominated categories is truly groundbreaking this year. The 2021 Grammy ceremony sparked a larger conversation about the lack of black artists and musicians in the children’s music category. Inevitably leading to the changes we see in this year’s nominations. ‘1 Tribe Collective’ recognized the need and sought to address it. Thus, giving us All One Tribe.  Arin, Alexis , along with fellow musicians Amelia Robinson, Aaron Nigel and many more brought the project to life.

Arin and Alexis are no strangers to the entertainment business. Both “The Magic Jones” sisters have spent more than half their lives in the music and film industries. Hailing originally from New Orleans, LA. the duo have numerous credits. Arin Jackson of Grammy nominated R & B group, “Brownstone” and sister Alexis Jones seen in Tyler Perry’s A Madea Christmas and Kanye West’s Sunday Service Choir.

Relying heavily on their experience and passions, the sister’s, Arin and Alexis embarked on their project ‘The Magic Jones’ ironically not long before All One Tribe . When asked how they transitioned from Pop and R & B to children’s music, Arin and Alexis both agreed the project was a long time coming. The sisters did what most of us do when we have a great idea but aren’t quite ready to execute it, they put in their pocket. Thankfully, they reached in and plucked it out; just in time to offer parents and children alike the comfort they needed.

Invoking complete transparency in the way of shedding light on what happened to a lot of people during the pandemic (Covid-19), Jackson had this to say. “The real deal is that we were totally depressed during a pandemic, both my sister and I, along with so many other people, but maybe not having called it what it was…my kids who were just young school aged kids. (6 and 11 years old) they were depressed.” The pandemic changed so many lives especially parents who were left to school their children from home the sisters wanted to find a way to rid kids and parents of the “blues”.

We all know that feeling parents or not. Taking timeless lullabies like Twinkle Twinkle Little Star, ‘The Magic Jones,’ added more seasonable flavoring. Now the old time favorite has a new twist and has the ears and attention of young and old.

Jackson remembers asking herself, “(..How can we make music that will stay with them and their families for the rest of their lives?..),(..you realize when you work in a group like ‘Brownstone’, I’m able to be able to be on stages because 25 years later, that music still remains. When you work with somebody like Kanye West, you’re able to do that and fill out arenas because the music stays. So then, well, let’s bring that to kids.” Adding also that, “(… both of those experiences help bring us to where we are with the pandemic and having kids, all that stuff.”

Endeavoring into this momentous mission to uplift families; it was extremely important for Arin and Alexis to create quality music. “…We’re not going to dumb down music because it’s kids, we’re going to make it the same quality that they listen to on the radio. We’re going to give them that and we worked with two amazing producers. They’re Grammy award winners.,” said Jackson. The result not only being “The Magic Jones” but the All One Tribe by 1 Tribe Collective.

Additionally, Arin and Alexis are quite excited to continue on this new path of children; music. They hope to create an entire ‘The Magic Jones’ brand on the scale of Disney and Nickelodeon; exposing families to everything from cartoons, movies, books, music and merchandise.

If you’re imagining which of your favorite stars may be apart of the sister’s bigger dreams. Arin and Alexis both wish for icons like Brandy and Gladys Knight, Ludacris and Cardi B to lend their talents to the ‘Magic Jones’ brand.