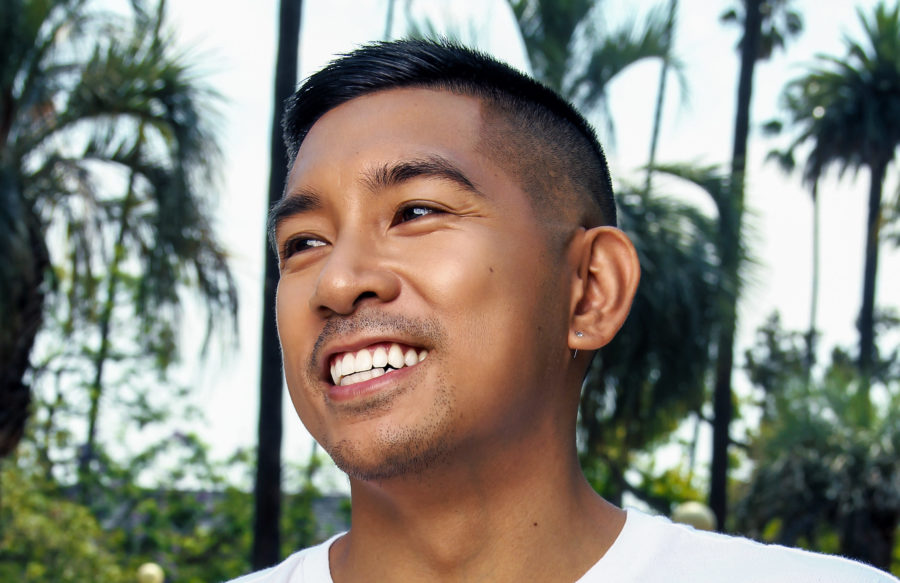 Reality television is more of a part of our culture today than the 11 o’clock news. There was a time where reality television was watching the OJ Simpson trial or the Gulf War footage. Lifestyle’s of the Rich and Famous was the only time you had a true peek into a Stars life. Suddenly, times changed and MTV decided to give pop culture a taste of reality. The Real World hit the airwaves in 1992 and launched what would be Reality Television. They took 7 strangers and flew them to a new city and had them live in a house together. The nonstop footage took the culture by storm and the audience became invested in the lives of people who they didn’t know, wouldn’t have known, and probably don’t remember.

Fast forward 25 years and the once frowned upon genre is the hottest concept of television. Thomas Orlina, a Filipino American Los Angeles native was ready for his spotlight. The former TMZ assistant was fascinated with the concept of reality television and took matters into his own hands. Being inspired by shows like Keeping up with the Kardashians, and the Housewives franchise, Thomas created Your Time with Thomas, a YouTube channel that allowed his social media following to be a part of his everyday life. Little did he know, the response would be just as “REAL”.

SUAVV: What would you say was the motivation that drove you to create your own reality series?

Thomas: What really drove me to do that is I’ve always wanted to be on reality TV. It’s been like a lifelong goal to be a part of that whole atmosphere in that whole world of reality television. And I’ve always joked around in the past that, you know, I would be somebody that would be great for reality TV and people have also believed in that. So when I realized that I could actually produce, I just really took matters into my own hands. One of the first reality shows that I ever watched was MTV is the real world. I actually in high school actually got voted to be most likely on a TV show, which is kind of funny. So it was, it was a really interesting thing because at that, at that point in my life, a lot of people already saw my personality and you know, when I do run into people nowadays, it’s not, it doesn’t really surprise them that I do have a show called Your Time with Thomas.

SUAVV: That’s really impressive. It’s not easy to go through networks and have a reality show if they don’t know who you are. Was that the reason that you decided to produce this yourself?

Thomas: You can create a reality show and don’t necessarily have to wait for executives to greenlight the dreams that you might have. With the right ideas, the right team, and the right concept, you can come up with something really great on your own. Like I never thought I would be on a CNN branded show talking to people in the Philippines and being on live television and talking about something that I created having that big of an impact. What was important for me was to create a show that was going to inspire other people to follow their dreams and to create whatever it is that they’re passionate about.

SUAVV: ABSOLUTELY!!! So when you, when you start the show, like what helped you pick your topics? I know they’re real-life kind of topics. At what point do you say, “I want to do this”? And are there things where you say, “you know what, I really don’t want to approach this”?

Thomas: Well, it was the first season, and I definitely wanted to share my heritage and my culture. Highlighting that community was really one of the main focuses for me. I’ve been watching reality TV since I was really young and even today I do not see a lot of Filipino American actors or reality television stars. I really wanted to be at the forefront of that. Another topic that we discussed in the show was my coming out story. We actually already teased the coming out as the next time on Your Time with Thomas, which was definitely something that I wanted to do and share because, you know, being a person that’s in the LGBT community, I think it’s important to share those personal stories because it’s something that really happened to me and something I really had to go through that was extremely difficult and you know. Having to share that with a public audience and not knowing what the response was gonna be was definitely a risk that I’m really happy that I took. I received messages from people from New York, Thailand, Hawaii, London, Miami, and just all over the world. I got messages from a lot of people that really appreciated the episode and a few of them that said they actually cried after watching the story. People have different journeys, some of them are easy and some of them are really difficult. By me highlighting this, I’m hoping that it makes the next person coming out much easier than mine. I was really proud of that one for sure.

SUAVV: Authenticity is what captures people. So that was not only an amazing understanding but very brave. What do you find is the hardest part of creating your own platform and having your own show?

Thomas: I think the hardest part was definitely to have created a whole eight-episode series of the show and having it have spinoffs shows like Your Time with Thomas: The Shuffle, which is a fan base interactive show. Then just being a little bit weary and seeing if people were going to connect with you. I think if you’re on a reality show and if you go through the production company, they pretty much handle the craft of the show. There’s a genre with it. But in my case, I had to be many different people. I kind of went into it with that mentality of, I’m going to do it just like they did and I’m hoping that people connect with me. They did and to this day, I mean it’s grown into this bigger thing, but I never imagined so it was worth the risk of putting myself out there and creating a brand for myself.

Thomas: With Your Time with Thomas, I hired a director and an editor to help put this together. I definitely was looking for someone that was experienced and was a filmmaker. I get compliments from people and they say, you know, this show could be on a big network. As well as executives who I’ve actually shown the show to were really blown away with the way that it was filmed and edited. It was all put together to look like a show that could be on Bravo, E, MTV, or logo. So the quality of how we filmed the show was very important for those reasons. You have to be careful to not take cheaper shortcuts because they can come back to bite you in the butt.

SUAVV: Yes. Starting out the right way sets the tone for how to proceed. Even with a low budget, no one should be able to tell. Now, when someone says like they want to start their own show and really have like no idea where to begin, what would you say is the beginning point?

Thomas: I would definitely say to create a blueprint of exactly what your idea is and to really focus on it. I know how it can get as a writer and somebody that produced the entire series on my own. You definitely have to be committed to doing a show like this or creating a product that you want to last. Oftentimes, I think people create things and there are too many ideas and there are too many concepts and everything gets lost in translation. But if you have exactly what you’re trying to do and want to accomplish, you are in a great starting place. And you know, creating a base is definitely important.

SUAVV: Creating a base is extremely important. Regardless of how great of a product you have, it doesn’t matter if no one knows it’s there. When you put out a series and you say, I have a YouTube series and there are 30,000 people watching it, how does it make you feel?

Thomas: OMG, I have cultivated this strong audience and that on YouTube alone, but with almost 70,000 followers on social media. Them knowing about the Your Time with Thomas brand and following the show, it makes me really excited because it’s only uphill from here. I’m learning more about the business and more about what I need to do to really get things to the next level. It makes me really excited for the future. Each episode has a segment called takeaway. This is where I’m actually saying positive, uplifting things to really motivate my viewers because I wanted to create something that was going to be useful to people and it wasn’t necessarily a show fully about me. Yes, there are things about me that I wanted to share, but the end goal of it all was to connect with my social media followers and people around the world.

To follow Thomas on social media, go to @ThomasOrlina