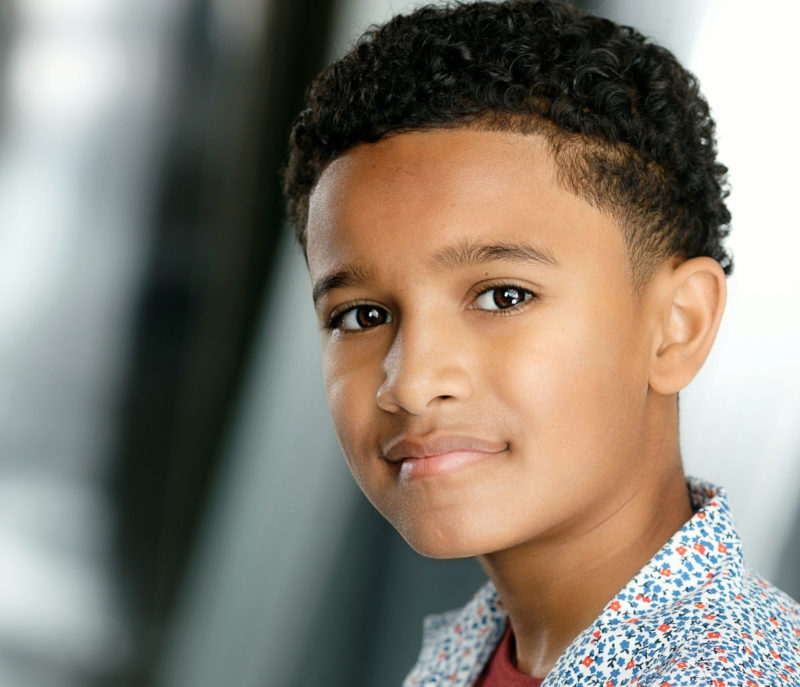 Cameron: I’ve definitely encountered challenges. It’s a different feel, almost like going from 0 to 100. In the beginning, I was like, “Oh my gosh!” It did take some time to get used to the schedule of everything and getting a new script every day due to small changes. It was a little bit challenging, but you eventually get used to being on set and the week-by-week schedule.

Your hard work has certainly paid off since the cast of “Family Reunion” also won an NAACP Image Award for Outstanding Children’s Program, which is a huge accomplishment. Congratulations on this achievement.

How does it feel to be a young, award-winning African American teen actor in Hollywood? Do you hope to become a role model to inspire kids/teens from all backgrounds to chase their dreams?

Cameron: It’s amazing and I am blessed to be where I am right now. It makes me feel so happy that there could be some kids out there who look up to me and know that I inspire them. That’s exactly what I want to do. I want to be someone that could be an inspiration for people and help people learn that they should never give up on their dreams and find what it is they want to do. It’s an amazing feeling.

You have also dabbled in musical theater and have starred in “Motown: The Musical” as young Berry Gordy, young Stevie Wonder, and young Michael Jackson, which was your first-ever acting role. How has your time on this production prepared you as an actor?

Cameron: It did prepare me as an actor because musical theater is all live and you can’t stop or re-tape certain scenes. I feel like I am lucky to have had that as my first acting role since it was challenging. By the time that was done, I really grew as an actor. Having to be on stage and not getting a chance to stop, cut, and restart helped me on set for “Family Reunion” because I was extra prepared.

What was your favorite part about working on this production?

My favorite thing about the tour was getting to experience being on stage with the whole cast since the cast was so amazing! I miss them every day. Getting to tour America and Canada, getting to see all of these different places, putting on the show for a bunch of different people—it was all amazing.

Now that you have some experience with television and live theater, are there any type of roles/characters you would hope to play in the future?

Cameron: Anything that opens up for me, I’ll be grateful for. I think one thing I would want to do is star in a movie since I haven’t been in one yet.