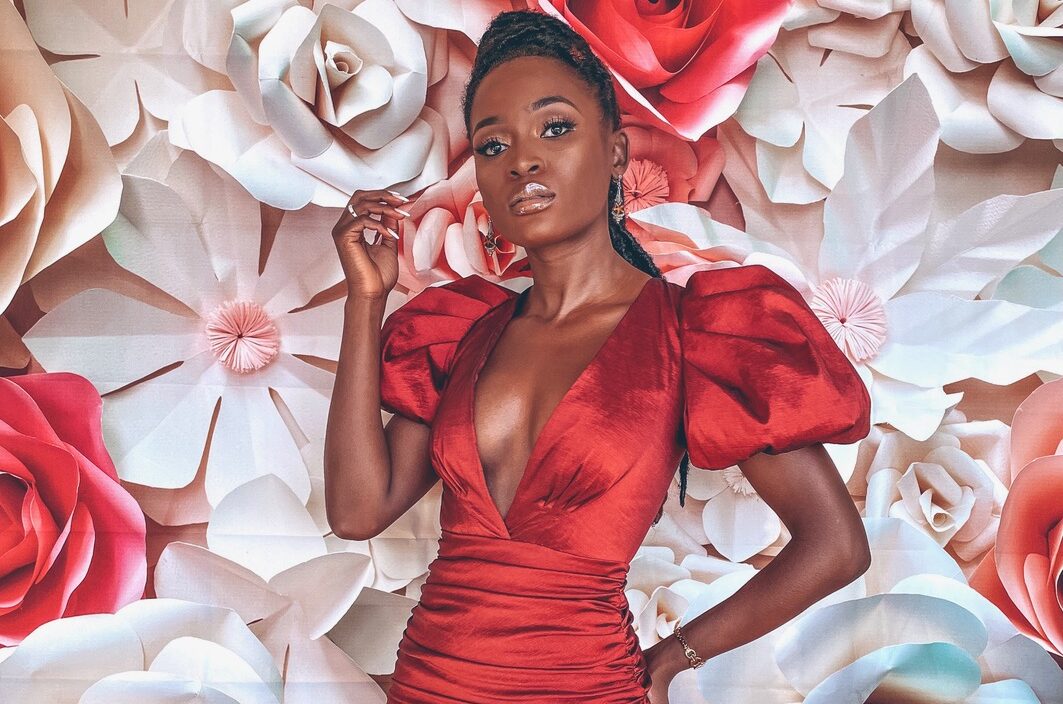 In the Sundance film festival’s ‘Nanny’, Zephani Idoko played the role of Sallay, the best friend of the lead character Aisha (Anna Diop). Aisha is a Senegalese woman working as a nanny for an Upper East Side family in New York City, trying to earn enough money to bring her son to the United States.

For many African women leaving their homes for greener pastures, the United States has somewhat become a silver lining of hope for them. A place where they can be in search of the American Dream. But, what if that dream and pieces of what they left behind come to haunt them in their journey?

Idoko, who has been on the rise since her role as Abena in the independent psychological horror film, The Unsettling talked to Suavv Magazine, on Nanny and the African culture portrayed in it.

Sharon: How does it feel to be part of a project like ‘Nanny’ especially one that hits close to your culture?

Zephani Idoko: It’s really exciting. From reading the sides at the audition stage, I knew it was something I wanted to be a part of. So it was great to be cast straight from that initial audition and to later have the director tell me she chose me. That she saw my audition tape and thought I had to be the one to play Sallay. It was also an awesome feeling finding out that the film got into Sundance and yet again when it won the grand jury prize. In a way though, I wasn’t exactly surprised that it won, because I got to see how much brilliance, effort, and intention went into its making. I was just overjoyed to see that the audiences at Sundance saw that as well in the finished work.

Sharon: What drew you to your character and the film in general?

Zephani Idoko: Honestly, It was the project as a whole, I liked my character Sallay, she brought levity and sisterhood to the film. I was also really excited to work with this impressive African and female filmmaker, Nikyatu Jusu, and with our lead Anna Diop. One of the more exciting things about the film for me was that it’s kind of a love letter to all these different often sidetracked groups in film and TV, Africans, black women, and immigrants. All of which I am. And it was thrilling to see it done with such authenticity and so brilliantly. Plus, I am a horror fan as well so that was the cherry on top.

Sharon: It’s amazing how the director cast African indigenes to play the roles of these characters who are also Africans.

Zephani Idoko: Nikyatu knew exactly what she was looking for with every part of this story, she knows African culture firsthand and she was very intentional about all of the decisions around that, making sure everything was done right, and that is reflected in the film.

Sharon: What was the most challenging thing for you acting in Nanny?

Zephani Idoko: Nothing really. (laughs) This has to be the most seamless role I have taken. The chemistry I had with Anna was awesome from day one. She and I clicked instantly. Nikyatu also decided to make my character Nigerian after casting me, which made my job even easier.

Sharon: What’s the most challenging thing for you as an actor?

Zephani Idoko: Acting as a career is a challenge in itself, but the most challenging thing for me is the uncertainty and lack of control. Especially when combined with being very passionate about this. You have to constantly battle (and often fail) to not get attached to roles you really want or scripts you’ve fallen in love with because you have no control over whether it pans out, even after doing everything in your power to make it so. When I read scripts and sides and spend time building a character for an audition, it’s a little bit like falling in love and getting broken up with (whenever you don’t get the role), but a bunch of times. And you just have to pick it up and move on to the next one. Like, tomorrow ( laughs)

Sharon: What do you want your viewers to take away from the film?

Zephani Idoko: I just want the audience to appreciate the intention behind and authenticity of the story. I also want people to see a great and well-told story, with African culture, black love, sisterhood, and all the other great facets of the film.

Sharon: The film had an exhibition of African culture and traditional stories in African mythology, so do you think Africa is represented well in Hollywood?

Zephani Idoko: If we are talking about African stories, I think we are still working our way up there. I’m seeing a  lot more brilliant African talent in Hollywood and overall things have gotten a lot better in the past decade, but we are not quite there yet in terms of telling diverse and authentic African stories. I think ‘Nanny’ does an excellent job with this. My other recent film The Unsettling,  which is also by an African filmmaker, does so as well. It will be exciting to see more of that in  Hollywood cinema.

Sharon: Is there anything in particular about African Culture you would like Hollywood to show?

Zephani Idoko: Africans have a strong sense of family and community and a generous spirit. If someone is going through a hard time there’s usually someone else, whether it’s a distant relative or stranger, who is willing to help (giving money or a place to stay or whatever) and they don’t have to be well off to do that. Many Africans will even take in other people’s kids and put them through school if the parents can’t afford to. That’s a unique part of the culture that I’d like to see reflected on screen. I am starting to see more of our vibe on screen these days though and  I love that. Our music, how we love to party, eat good food, argue over who has better food (laughs), and just that exuberant energy that we bring to whatever space we’re in.