Saeed Renaud a.k.a S.R.Soul is a Brooklyn born and raised Grammy award winning singer/songwriter who made his debut on Fox Network’s “The Four” at the beginning of the year by lighting the stage on fire with his smooth, soulful, and controlled vocal range.

Though Saeed has come from humble beginnings, being one of 21 children singing in the family choir, he has accomplished remarkable feats within the music industry. As 1/2 of writing duo Tha Authors with Fields Blanchard, he co-wrote one of BMI’s Top 10 Most Performed Gospel songs, ‘Bless The House’ for Dorinda Clark-Cole , as well as being a part of Lalah Hathaway‘s, ‘Lalah Hathaway Live’, Grammy award winning album. As a singer, Saeed was chosen by the Late Great Queen of Soul, Aretha Franklin to open for her, was a background vocalist for Chrisette Michelle, and has contributed his voice to the albums of many other artist. He’s now a vocal producer, vocal arranger, and vocal coach looking to focus on his own career. After releasing “ILY ILY” and “Do it Again” Saeed is excited to release his project Nov/Dec of 2018. 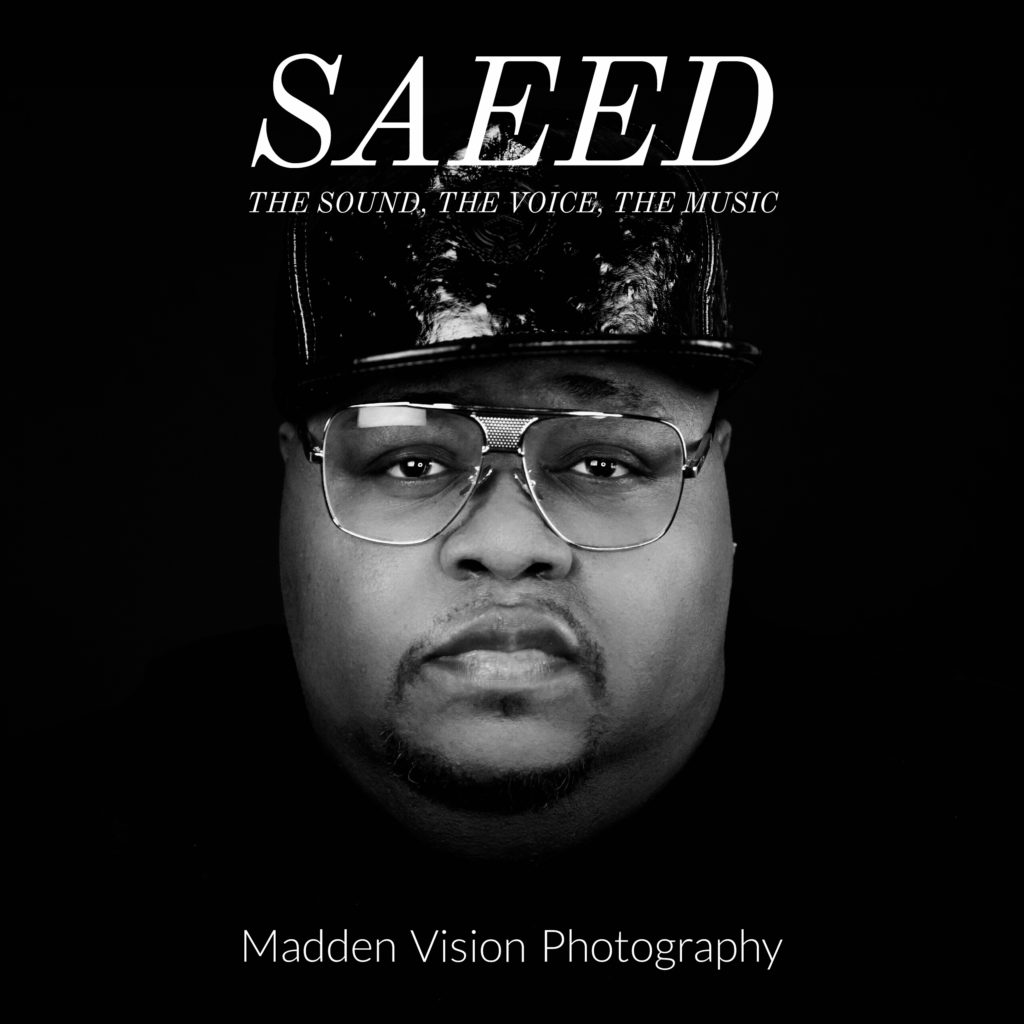 When did you begin singing?

I started singing at the age of 6. I was a weird kid (laughing) if it didn’t involve music I paid no attention to it. It being cartoons ,movies, etc.

What is music to you?

Music is my language. I’m able to express what/how i feel in the most honest and purest way. It crosses all borders. Doesn’t matter where you’re from and what language you speak MUSIC IS FELT !!

What does being on stage and singing feel like to you?

It feels like I’m flying…… Honestly I know have a duty to take people on a journey and make them forget about anything thats stressing them out. Whether it’s work, their kids, life, doesn’t matter. As long as for a moment I help them forget about it. Then I’ve done my job.

If you closed your eyes and began singing any song, what would it be and who would you be singing to?

It would be ‘Run to You’ and I’d be singing it for Whitney and My Grandma Dee Dee. They were two big inspirations in my life.

‘So Amazing’ by Luther Vandross.

When you were on The Four, how was that feeling?

It was surreal (laughing) cause I really didn’t think I was gonna be on it. Even after all the auditions, I still was prepare to leave until they called me up to sing on tape day. Reason being I was like “They ain’t checking for no big dude”. I’ve been in label meeting etc. And they all believe i’m dope but rather me sing gospel (laughing) Fred Hammond is my idol but theirs already a Fred and I refuse to be a clone. That’s what would always happen when people hear me sing.

DJ Khaled felt that you were one of the best acts that he has come across. Do you two still stay in contact? How did that affirmation feel?

We don’t really keep in contact like that. He’s a busy man with a growing empire. So, I ain’t mad (laughing). I’m definitely watching and taking notes. Having him and the other judges say such good things about me definitely affirmed me and made me feel like all the hustling and grinding I did was worth it.