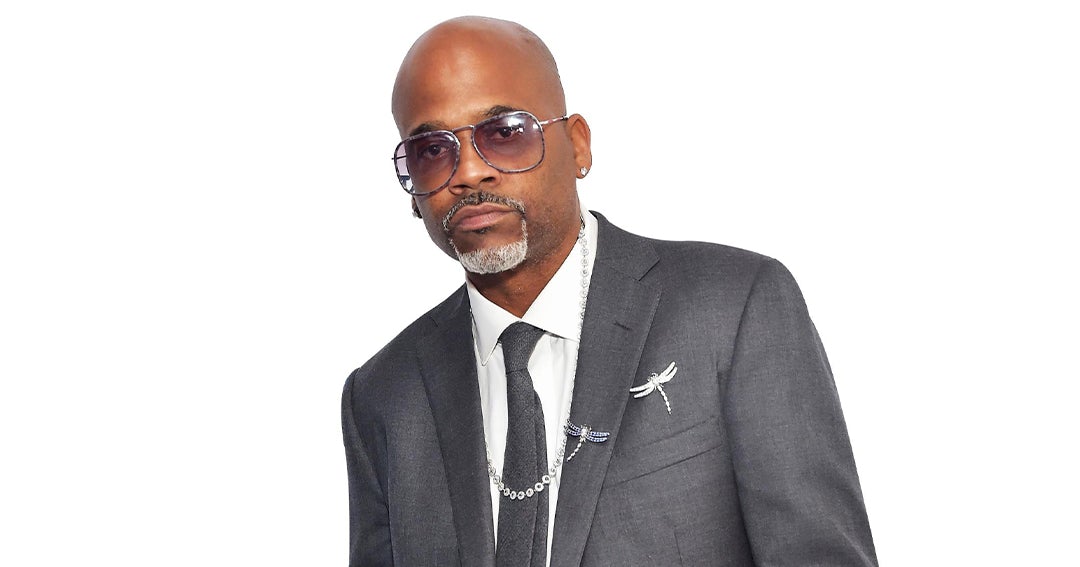 In this eclectic interview, Damon Dash and fiancée Raquel “Rocky” Horn, take me behind the scenes and into their day-to-day life as parents to their one-year-old son, Dusko, their plant-based lifestyle, and even their son’s guitar lessons (yes, he takes guitar lessons.).

They share candid and unfiltered information about their intimate life, their long term engagement, how they’re raising their son, and why Damon chose to participate in the newly released documentary film, They’re Trying to Kill Us, which examines chronic illness and early deaths among underserved communities of color.

In the second half of the interview, Dame gets real about living with PTSD, his love of weed, and his thoughts on the recent Astroworld Music Festival tragedy that claimed ten lives and injured hundreds of other concertgoers.

Allison Kugel: Your son, Dusko, is the cutest!

Dame Dash:  Thank you. I appreciate that. He has brought so much joy to us, and my whole family.

Allison Kugel: Both of you have been on a plant-based journey for a long time. Who led the way on that?

Dame Dash: We do everything together. There is nothing we do not do together.

Allison Kugel:  But who was it that said, “Let’s eat plant-based?”

Dame Dash: Rocky wanted to go plant-based for a while, but I ate very simple things at the time; cheeseburgers, chicken fingers, not very healthy. I was always disgusted by myself for that, so there would be times when she first met me, that I was a vegetarian.

Allison Kugel: It had to be in a nugget.  It couldn’t look like a chicken, right (laughs)?

Dame Dash: It was me not exactly addressing the truth, so after a while, she was starting to transition off of meat and she was cooking a certain way to transition me. She was sneaking it in because she is sneaky. We watched the documentary, What the Health, and that day after I saw the puss, the doo doo, the cancer, and the diabetes; logically, I could not ever go back to even taking a bite [of meat] once in a while. I remember a week or two after I tried to take a bite at the farmer’s market…

Raquel “Rocky” Horn: No, we went to the Jamaican place and there was oxtail, and he just said, “I’m going to have to order a sample to see it.” He then went and threw up in the bathroom.

Dame Dash: I just couldn’t do it.

Raquel “Rocky” Horn: We started this network called the Dash Diabetes Network. Damon is a Type 1 diabetic, and in my research of learning about diabetes, I just started seeing that it was all going back to dairy and meat products. The information was everywhere, and all of a sudden What the Health came out and just confirmed it.

Dame Dash: We had just gotten a bunch of bacon, and I used to love bacon.

Raquel “Rocky” Horn: We got rid of everything and changed our lives in 24 hours. From then on, we have had so many of our friends watch that film, and for us, it was just logical.”

Dame Dash: A plate of food and just a little bit of animal feces is on it, then I’m not going to touch that food. Or, like, if a rat runs over it, in the food industry there is a certain amount of tolerance for rat hair and tolerance for fecal matter in the food. I just can’t do it

Allison Kugel: Damon, you are a Type 1 diabetic as is my father, and that is genetic. But many people are living with Type 2 Diabetes or are what is called “pre-diabetic” due to poor lifestyle choices. What I found interesting in What the Health was when Doctor Neil Barnard said that Type 2 Diabetes is actually created when there is so much fat being stored in our cells that the sugar (glucose) which is our body’s primary source of fuel, can’t find its way into the cells, so the sugar builds up in the blood and that is Type 2 Diabetes.

Dame Dash: And what happens is your pancreas produces a certain amount of insulin to bring that sugar down, so if you have too much of it, then your pancreas is not producing enough insulin to cover all those simple carbs in your body and break that down. That is from eating meat and dairy.

Allison Kugel: When I spoke with you a few years back about your film, Honor Up, you spoke about losing your mother when you were fifteen.  Did she pass away due to chronic health issues?

Allison Kugel: When you look back on that now, do you think diet or lifestyle and environment may have played a role in her condition?

Dame Dash: I don’t know, because she was actually pretty healthy. My mom went through different phases with her health, but she always had asthma and a lot of that is hereditary. That is why I have [Type 1] Diabetes. My mom was always conscious of our food, but I did eat some bullshit with her. I do think, along with the anxiety and stress of being a Black woman and alone may have added to it. But I remember her saying to me, “Don’t ever let yourself say you have it, or that it is yours (regarding inheriting his mother’s asthma). It’s not yours.” And I was too much of an athletic guy to be wheezing.

Allison Kugel: How did you get involved with this new film, They’re Trying to Kill Us (produced and directed by Keegan Kuhn, who also worked on What the Health)?

Raquel “Rocky” Horn: One of our friends is good friends with Bad Ass Vegan [John Lewis].

Dame Dash: A friend of a friend, John Salley, knew them.

Raquel “Rocky” Horn: We had a friend who is really good friends with Bad Ass Vegan, and made the interview happen with Damon. From there, we actually got to interview both of them for my show, Health Is Wealth. So we flipped the cameras on them.

Allison Kugel: Damon, what are your thoughts on some of the conclusions drawn in the film, They’re Trying to Kill Us, regarding slavery and how a lot of foods and lifestyle choices that Black Americans consider to be part of their culture, are actually detrimental to their health and throwbacks to slavery? What are your thoughts on that?

Dame Dash: I think it is strategic. It’s brilliant that the enemy used that as warfare, and how long it has affected us. Now that we are aware of it, we should just break the program. [Corporations and politicians] know how to keep us in a place of distress and keep us unhealthy and arguing with each other and struggling. Keep us hating each other. They know how to keep making us eat to escape the life we hate. Look at what many of us eat while we come out of church, while we are worshiping their God, in the name Jesus, which is a European interpretation of the name Joshua (or Yeshua). So they give us this food to eat after they have given us that religion, and that is the reason most people are depressed. Unless we are happy with being unhappy, why would we not change it? The only way to change something is to do it differently, and you have to make a change to be a change. So, what is the change going to be? If you want your circumstances different, you have to do it differently. Are you going to eat differently?  Think different? Love different? Are you going to love yourself differently? It has to be different to have a different outcome.

Dame Dash: There was always a grocery store. But that little quick fix was also always readily available.

Raquel “Rocky” Horn: You mainly ate at the bodegas.

Dame Dash: Yes, I ate at the bodegas. That is my point and what I’m saying. I would go to the bodegas instead of going to the grocery store because instead of spending ten dollars, I would spend one dollar. I would end up buying fast food or potato chips and buying what I could get for that dollar.  It was those short fixes and it was unhealthy, but would get you through the day. That is still every day, all day, for a lot of people’s whole life.

To read the rest of this interview, lookout for the next issue of SUAVV dropping January, 1st.