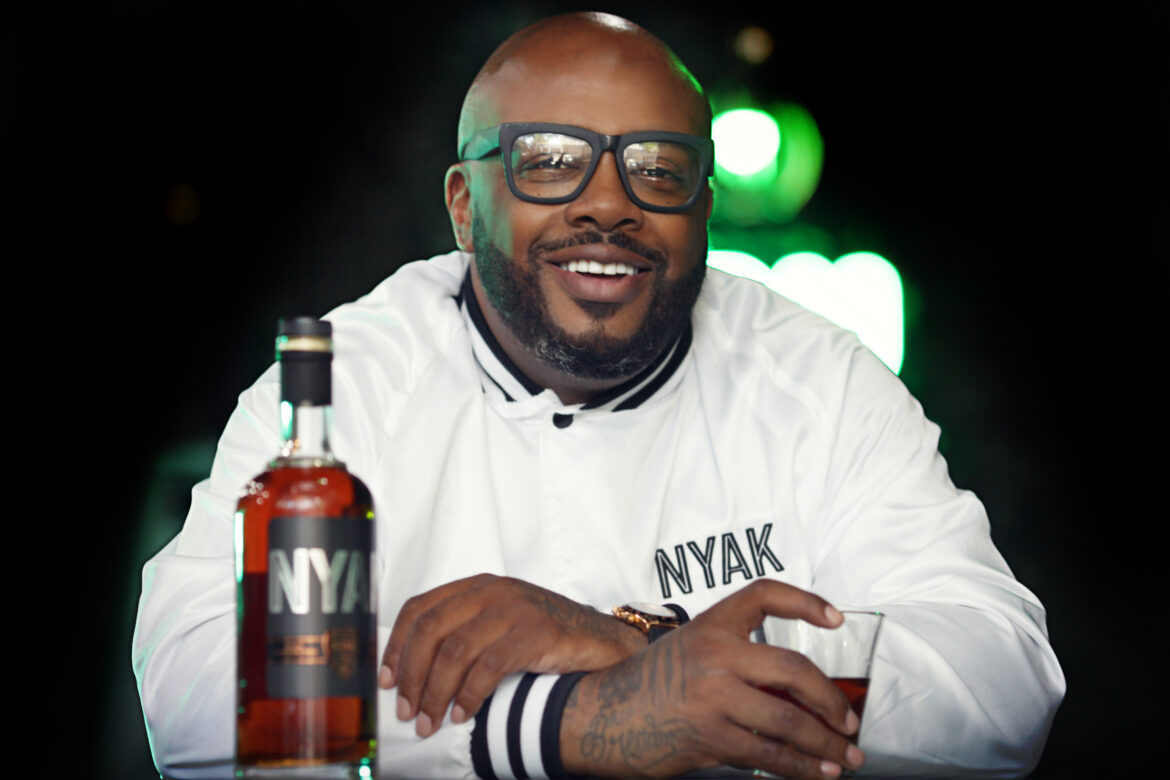 Smoke Culture is a lifestyle that may be at an all-time high…(pun intended). With 18 states, 2 US territories, as well as the District of Columbia all having legalized marijuana, and 13 states decriminalizing its use, marijuana culture is on the legal rise. Far from the days where the hippies were the primary consumers, today’s trendsetters and young adults lead the pack. Atlanta-based business man and reality television personality, Dennis McKinley, has incorporated this lifestyle into his hookah smoke lounges, CRU.

With the original lounge located in the Old Fourth Ward area of Atlanta Georgia, CRU has been a go-to location for Hookah Culture for years. Dennis acquired the business a few years back when the previous owner decided she wanted to do something different. From the moment he took over the location, CRU has been on the rise with new locations popping up in many of the major party cities. The green lights of CRU have become synonymous with Smoke Culture, Nightlife, and now the addition of “additive bowls”.

Dennis is one of the biggest franchise owners in Black Culture. His ability to fill the voids in cities across the country has been his blueprint for success. With his two most popular Atlanta franchises, The Original Hot Dog Factory and CRU, it’s easy to say that Dennis put his stamp on Atlanta, but even more, he’s put his stamp on his understanding of franchising. Since our first interview with Dennis, he has launched over a dozen new businesses and franchise locations. However, with the growth of Smoke Culture, we wanted to talk to him about what it means for nightlife culture and how the expansion is being welcomed in some of our favorite cities.

We are excited that CRU has 20 locations and has expanded to Miami, Las Vegas, New Orleans, Charlotte, and D.C. Which are all cities that are super important or black culture and ready for a new twist to nightlife. We had a chance to sit down with Dennis in his office in the Old Fourth Ward area to talk about business and Smoke Culture.

SUAVV Magazine: Now you’re making history being one of the biggest nightlife franchisors. What is it like at this point, as you’ve basically franchised everything?

Dennis McKinley: We appreciate that reference to making history because, you know I’m from Detroit, and we’ve had brands like Kmart and Kroger. But when you look at how important nightlife is to Black Culture, right. When you go to Vegas, Miami, or Los Angeles, you know those are cities in America that define and move Black Culture. You know, it’s always a different experience. McDonald’s is McDonald’s because you know what you’re going to get when you get there. We wanted that same experience with everything… You know, cutting our hair, clubbing,  restaurants, shopping, all that. So, it was very important to us to make sure Black America has an opportunity to experience smoke culture without nightclubs. That’s what CRU is, it is club culture without standing on tables.

SUAVV Magazine: I remember when we did your last interview, you said you bought it from a previous owner, but when you did, you weren’t a big hookah person. Have you started smoking hookah?

Dennis McKinley: Well, that’s a trick question because when I’m in the club, nobody ever sees me smoke hookah. I’m not much of a smoker, but I need to understand the smoke culture. The first thing I did when I bought CRU was asking if we keep the hookah or not? Because it’s already cool. But when I saw so many people embrace hookah smoke culture, I said we have to keep it. Whether I smoke, or not. But I smoke occasionally, but I’m not a big hookah smoker, man, not at all. But I do respect the culture, man. It’s very important and a part of our business. For sure.

SUAVV Magazine: You take this blueprint and now you not only put it in five more locations here in the city, but you’re taking it around the country. Once you knew you had that blueprint, was it easy to just drop it somewhere else? Or is it still challenging?

Dennis McKinley: It’s never easy. Right? You know, the good thing about franchising is it allows you to scale your brand faster without using your own money. But the other part of that is you get entrepreneurs who might want to open a club and then they buy in CRU for that help. But they may want to put their spin on CRU. So you got to tell them like, this is what CRU, this is what CRU does, this is what CRU is not. Right. It’s very important. So it’s never easy, but you know, we’re lucky, man. We got, you know, 25 franchise partners who love and understand the importance of smoke culture. They understand what the green lights mean when you go in there. It’s very important. It’s all about the green lights. And they understand what those green lights do to people, you know? We’ve got some great partners, man. That makes it easier, not easy, but easier.

SUAVV Magazine: You’re also going into the markets that have legalized marijuana usage which is very strategic. I looked at the cities and was like, “okay, yeah.” I lived in LA and when you smoke hookah in LA, you automatically mix it. You have to ask your friends if it’s a “clean hookah”.

Dennis McKinley: One thing about just smoking, you know, what I noticed is there’s not a lot of my friends were smoking cigarettes, right? It was some cigarette, it was Newports. Then they start smoking hookah, you know, or just smoking weed. If you look around this country, man, and what they’re doing and legalized marijuana and marijuana reform, that’s going to be next after hookah. . Right. Marijuana will be legal in all 50 states before we die, you know you know, cities like Detroit, Washington, DC I just left,  Las Vegas, we got CRU going up there. In London, if you are of age to make the decision, you can buy marijuana, right. It’s only gonna be a certain amount of time where they bring that into restaurants and nightclubs, et cetera. CRU wanted to be at the forefront of that. We wanted to make sure that when marijuana is legal it’s incorporated right into the CRU brand. Because we already smoked and we don’t discourage smoking either. You can bring marijuana in if you want to. We don’t discourage that. It’s part of our culture. We just need the government to get on the same page as us and catch up, you know? So you know, a lot of cities around this country, man, doing a great job with that.