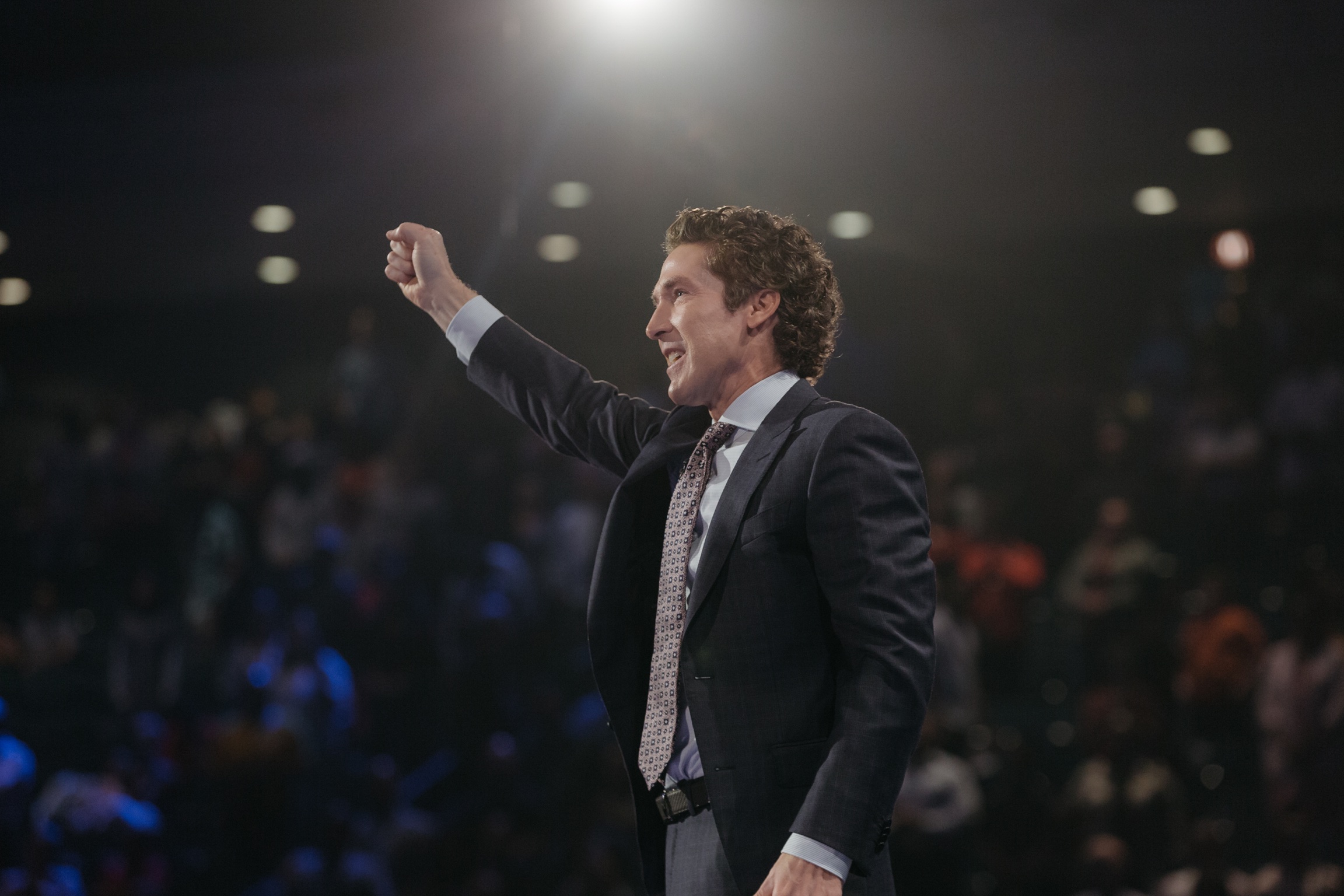 Joel Osteen: I’ve known Mariah from years past and she wanted to do something to honor the First Responders. She called and asked if we could do something together, and of course I thought it would be great. She wants to sing her song, Hero, which she’ll do from her apartment in New York. We’ll put footage of the First Responders over her song. She has a real heart to say thank you to people, and so we thought it would work with our other segments. She’s an amazing lady, too, so it just kind of fell into place.

Allison Kugel: What is Lakewood Church doing in terms of donations of medical supplies, food, or whatever kind of support you’re working on for your local hospitals and other service providers in the Houston area?

Joel Osteen: We’re doing something called Boxes of Hope. These are for the elderly, and for people that have special needs children. These are boxes filled with groceries, water, soaps, and things that they need if they can’t get to the grocery store. My brother Paul is a medical doctor and he’s working with some of his contacts, and we’re donating masks and medical supplies down to the large medical center we have here in Houston. Another thing we are doing is taking food trucks down to the medical center for the first responders, nurses and doctors, so they can step outside and have some free food. We also did a blood drive last week at the Gulf Coast Blood Center. We’re always their biggest blood drive in North America. We’ll have another couple of thousand people that will come through and give blood. People here at Lakewood [Church], they love to help, they love to give, and they love to share.

Allison Kugel: In times like this I know that you preach positivity, which is so important, but in these times do you think it’s okay for people to have moments of anxiety, depression, or even moments where they feel a lack of faith?

Joel Osteen: Yes, I definitely do, Allison, because we are human. Jesus, even in scriptures, one time he was so depressed he sweat great drops of blood. I think that’s normal, and I don’t think we need to beat ourselves up for that. But I would encourage people to not stay there. Don’t live there. Don’t live out of the anxiety and fear and lack of faith. But I wouldn’t beat myself up for that, or for even people saying I’ve doubted, and I’ve gotten away from God. Well, come back.  You don’t have to stay there.

Allison Kugel: Do you think at some point we’ll all transcend religion and religious denominations, and simply gain knowledge from, as Deepak Chopra would say, “all of the great wisdom traditions,” and from all the great prophets that have walked the earth? Perhaps, at some point, as a human race, do you think we’ll feel that all roads lead to Rome, so to speak?

Joel Osteen: I really don’t know. I go back to how I grew up fifty years ago, when the denominational walls were so strong. My dad was basically asked to leave the Baptists because he didn’t believe exactly like them. I see how far we’ve come, that it’s not like that today, so I do think these walls are coming down. I think the things that have separated us are getting less and less, and I don’t know where it will end up, but I do think that just like when we talked earlier, so many people from different faiths watch us and listen to us. I do think it’s a good thing that we don’t have all these things separating us.

Allison Kugel: How can people tune in to your Easter service this Sunday?

Joel: They would have to watch our live stream at JoelOsteen.com, this Sunday morning at 8:30 AM central time, and then at 11:00 AM central time. It will then replay on Facebook and YouTube, and all those platforms.

Allison Kugel: Thank you for a great interview, and for inspiring me on a daily basis for so many years.

Joel Osteen:  Awe, thank you so much. I’m very honored.