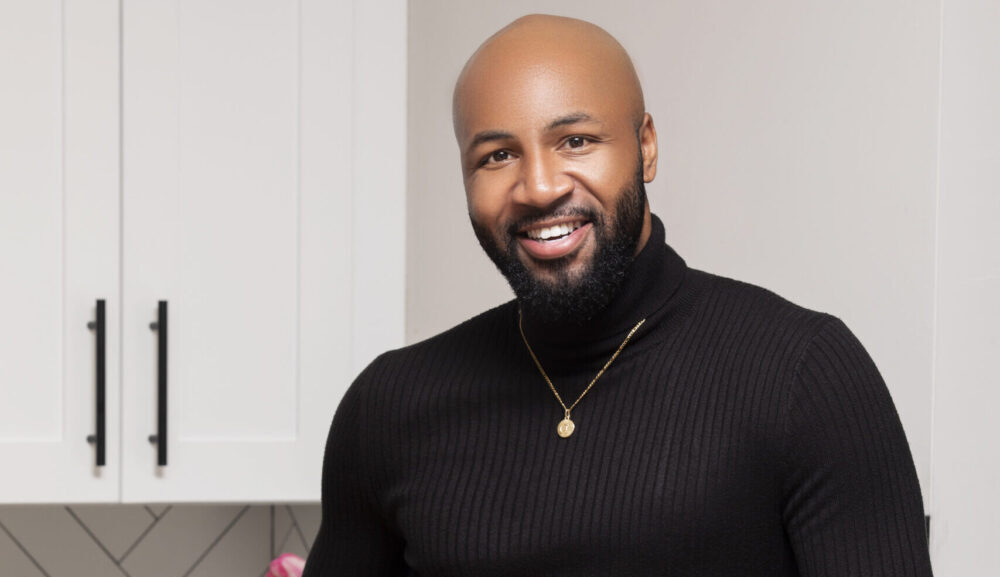 Interior design is a gift that many think they have but don’t fully understand. Some of us can decorate a nice room, and our friends will come in and say “Oh this is nice!” or “Okay, I see you!” However, there are rooms that are DESIGNED and the entrance response is simply “DAMN!”, “WOW!” or “OH MY GOD!”. I’ve learned that those responses are what our parents and grandparents would call “speechless”. Justin Q. Williams is an Interior Designer whose work consistently leaves his clients just that…speechless.

Justin was born in the small town of Opelika, Alabama, and would relocate to the southern suburbs of Atlanta, Georgia. While the transition wasn’t easy, Justin often times tells the stories of how his mother made huge sacrifices to make sure that he had a sense of consistency and stability. As he describes it, she was a project manager of his upbringing and every decision mattered. The stories of his morning school commute, after school pickup routine, the involvement of family friends, and more showed that Mama Crystal (as we call her) was willing to do whatever she had to for her child.

“Yes… Yes I did,” Mama Crystal responds as I tell her the stories that Justin has told me. “That’s what you do for you kids and your family. And he appreciated it. As he’s gotten older, I could tell that he really appreciates the sacrifices that I’ve made for him…(We take a moment as she tells me that I’m about to make her cry). He told me in 8th grade that he needs to work in order to achieve things like go to college and do the things that he needed for himself. I’m glad that he waited a bit (laughing). I had to take care of  my responsibilities as a parent. He has his responsibilities with growing up in to his adulthood. So that in order for him to accomplish what he wanted from his life, I didn’t hold him back from anything. I didn’t put any kinds of pressures on him in any kind of way. When you are a child growing up, you have to find your own niche in life, you know what I mean? You have to find the way you’re comfortable and knowledgeable of what you want to do. Because this is you, this is your life. It’s not my life. This is his life. And his life is a blessing from God.”

He was always considered the popular kid mainly because of his charismatic personality and friendly demeanor. With an inept love for music and instruments, Justin was a band kid who would eventually become a first chair trombone player, drum major, and a Marching Bobcat at Bethune-Cookman College. Yet, there was a moment at 12 years old that really placed this award-winning designer on the interior path.

Changing the furniture around in the house was a hobby of his. His bedroom never kept a layout too long, and any other room in the house was always game for a furniture shuffle. When his parents realized how much he loved doing this, they supported him by purchasing two computer programs, Chief Home Architect and AutoCAD.

“I bought the AutoCAD Software for him because he kept talking about how he wanted to design his bedroom,” Justin’s father, Mr. Otis says. (Funny… I call his mom ‘Mama Crystal’ and his dad ‘Mr. Otis’) “He wanted to paint his bedroom different colors and do different designs in there. So I told him, ‘Go ahead. If you mess it up, you’re going to pay to get it fixed.’ But he did a wonderful job on it. He was always into architect at first. Every time we wanted to do something to the house, he would draw it up for us “This is how it’s supposed to look”.

Justin took the programs and fully designed the addition to the family home and presented it to his parents. Astounded by the design, they called a contractor, shared the plans and Justin gained his first apprenticeship. He spent that summer bringing his vision to life. When the job was complete, the contractor told his parents that not only was Justin great at what he was doing, but he had a gift. Justin would continue to apprentice with the contractor until he graduated from high school. That gift of design would begin to take Justin further than he had ever dreamed. But it would be that encouragement and support from his family that made his dreams seem a little easier to grasp.

“When you are a father, you want your child to be and do good,” Mr. Otis says. “You want them to be better than you are. As long as you are encouraging them, that’s where that push comes from. That builds their morale and self-esteem. You never knock them down when they do something wrong. Even when they mess up, you still encourage them. I always told him, ‘It’s not going to be an easy road but you just have to stay in there and fight.’ If you want it bad enough, you’ll fight. And at the end of the fight, you’ll see that you’ve won. But if you don’t fight, you’ll never know what you could have been.”

I met up with Justin at his ceiling to floor, wall to wall windowed apartment in the Buckhead neighborhood of Atlanta. To my delight, Justin is making dinner. (Justin makes a mean pot roast.) He asks what I would like to listen to, and seeing that we both love jazz, I suggested it. “Alexa, play smooth jazz volume four,” Justin says in his baritone pitched southern accented voice. He’s chopping up vegetables and herbs and jokes as we talk “Hey guys, welcome to my YouTube channel, Cooking with Justin. Today we’re making pot roast, YUM.” As we laugh, I ask if he’s ready, and he transparently says, “Not really, but let’s go.” Sitting on barstools facing each other, I take a dive into the unfamiliar territory of Interior Design.