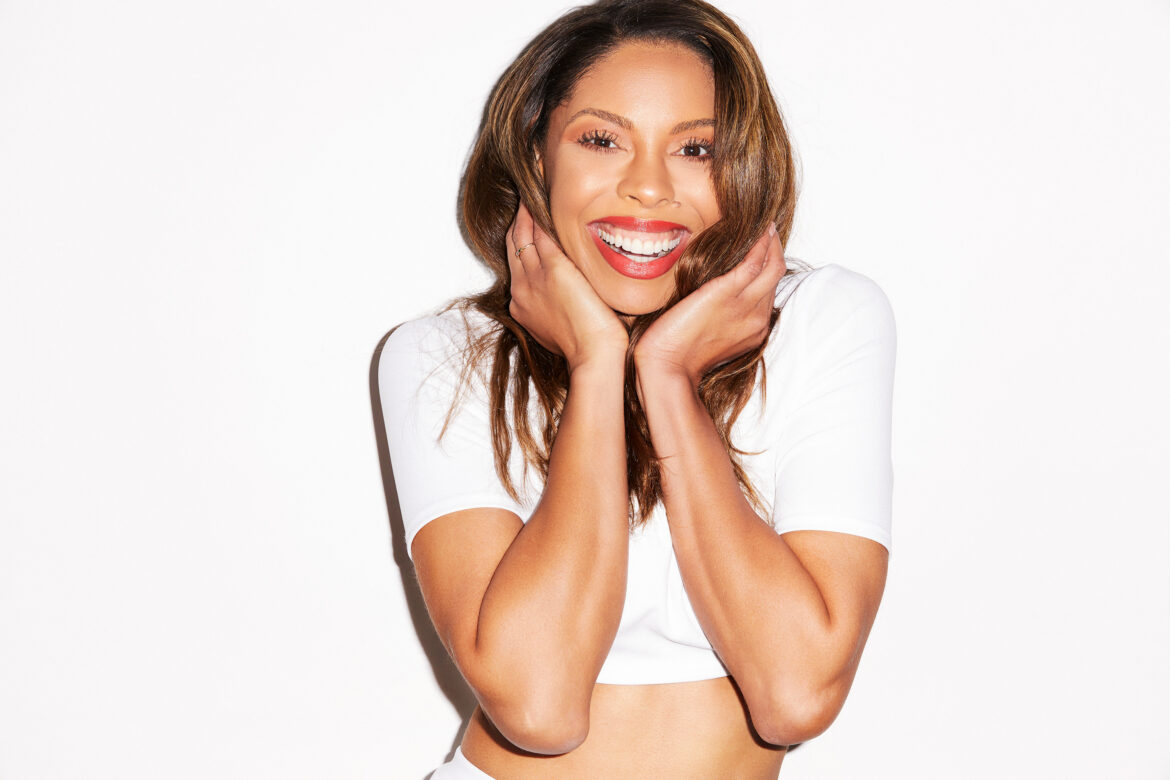 Ciera Payton weathered the carnage from the devastating Hurricane Katrina and surfaced in Hollywood. Find out how she grew in her life and career.

I had the opportunity to sit down and chat with the adept Ciera Payton, an actress, entrepreneur, writer, social activist, and educator. Her breakout role was the female lead in Flight of Fury (2007), and her most recent and notable roles were in Tyler Perry’s feature length film A Madea Family Funeral (2019) and television drama series The Oval.

She has over 50 acting credits to her name ranging from television programs to feature-length films to voiceovers, written the one-woman-show Michael’s Daughter that details her experience and struggles with having an incarcerated father, founded the Michael’s Daughter Project which is a youth summer camp that empowers youth through creative writing, theater, and film production, and created her sensitive skin inclusive beauty line Sincerely Cosmetics.

Payton expands on her childhood by revealing that she used to separately live with her mother, father, and grandmother during different parts of her childhood. She also disclosed that she moved to New Orleans to live with her father when she was about eight years old. After Hurricane Katrina, she relocated to North Carolina then later moved to New York. She moved to Los Angeles to further pursue her interest in film and television.

How has New Orleans prepared you for everything you go through career-wise?

“There’s such a flavor and a vibe in New Orleans that really teaches people how to be confident and how to be real and to be true to yourself—have dignity, have morals. What I love about New Orleans, even the times I’ve worked down there, people in New Orleans don’t get all crazy over celebrities or fame. People are fans of course, but we see people as people. There’s no room to be pretentious or to put other people down or to be judgmental.

So, I grew up with that feeling and growing up around that energy with being real and being raw like honoring your culture—honoring and remembering where you came from…That has definitely helped me along the way with my career because, with this career, I’ve experienced so many extreme lows and extreme highs and through all of it I’ve been able to keep a level head and stay grounded.

From my understanding, you were in New Orleans during Hurricane Katrina and you had to relocate out of New Orleans?

“We were still living in New Orleans. We were out in New Orleans East which is also considered the upper ninth ward. We lived in a townhome area that was actually owned by Bishop Paul Morton…My mom and I, we were renting out one of the townhomes. To make a long story short, my mom went down to Mississippi to visit her fiancé at the time so actually I was in New Orleans up to the night before the storm hit. I ended up evacuating through Baton Rouge and staying at LSU with one of my friends I went to high school with.

Her mom was my next-door neighbor and she was like “We need to get out of here. My son is in the national guard. He’s telling us that if some crazy stuff goes down it’s going to be nuts and no women should be staying at home by themselves.” So, I was like “Alright,” and got in my car and I had a friend of mine, Tiffany, and we drove up—we followed Miss Sandra, my friend’s mom, up to Baton Rouge to LSU. My friend Brianna, the campus apartment we stayed at—she had a little two-bedroom campus apartment.

She had her roommate, her roommate had her boyfriend and another friend of hers—So at one point, we were in this little campus apartment with about 12 people.  There was no electricity—the storm had hit that Monday morning—Baton Rouge had got hit but we didn’t get all the flooding like New Orleans did. We were without electricity for about four or five days, but I was out of communication with my mom for about 12 days.

It was one of those moments in my life that I just look back on—and I’m very grateful for it. It was very traumatic. We did lose our home. We didn’t go back to our home until about Thanksgiving of that year, so we didn’t go back for about two or three months. My grandmother that raised me a little in Mississippi had passed away during all of this, so we had to go back down to Mississippi to go bury my grandmother. It was a lot, but the big takeaway from having that experience was number one, having the importance of family, and number two this idea of materialism—I’m not perfect at it by any means, I still buy stuff impulsively, but I lost everything.

I had a little overnight bag I took to Baton Rouge with me because I thought I was only going to be there for one night and that wasn’t the case. I literally had to start all the way over. It made me see the bigger picture in life and what are the things that are important. Even with what I’m doing as an actor. After Katrina and when my grandmother passed away, I felt pursuing a career in acting was more self-fulfilling. It really gave me a different perspective that what I’m doing as an actor is just as equal to what doctors do or what nurses do or what therapists do. You’re here to highlight the human condition. What better way to do that than to go through some things? I did a lot of soul searching with Katrina. I bounced back and ended up going into acting and I haven’t looked back since.”

How did you get into acting? You said you were already dabbling in it, but how did you decide to make this your career?

“I have that story that a lot of people had that as a kid I was living in my imagination, playing with my dolls—I would say when I was eight years old my dad bought me a karaoke machine and I just lost my mind when he bought me that. I was up until midnight—one o’clock in the morning singing Disney songs to Pocahontas they were like “I’m going to rip it away from my fingers like Ciera you need to sleep.” I found something with it, and my dad he saw that.  That’s what I love about my dad. He’s very supportive. He did the right thing by enrolling me into an arts-based magnet school.

I went to a school called McDonner Fifteen and they also called it the “Little Red School House” and it was in the French quarter. I went there and I learned how to play the Kildare—the clarinet and I also took art classes. After I left that school, I went to middle school at this school called Lusher and they didn’t have any arts at Lusher. They had afterschool programs. So, I got involved with the drama troop. I just wanted to be active in the arts. I knew I couldn’t dance, but I feel I can act. So, let me try to get up in this acting thing. We did this school play and it had something to do with the Trojan War and I got cast as Athena, the Goddess of War.

I got out there—I was in eighth grade or seventh grade and they were like “You gotta strike a pose when you come out.” I had to strike this pose and I felt alive. One of the teachers there told me I should think about applying to the performing arts school called New Orleans Center of Creative Arts and we called it NOCA. It was this prestigious high school—so I was like “I’m going to go ahead and apply to NOCA.” And I did, and NOCA has a very interesting set up where they don’t like to accept first-year students, and if they do, they will have them do their afterschool program.

So, I auditioned when I was in eighth grade and they told me they’ll accept me for the following year as a freshman but have me do their main classes and not do the after-school program which is pretty awesome. So, I was a year younger than all the people I was in class with at NOCA. So, I was kind of forced to graduate a year early. Being at NOCA was one of those experiences that just shaped my whole life. The teachers were all professional actors and amazing… amazing teachers. They understood the kids—and this was a free school.